Rhod Gilbert: Comedian announces he is being treated for cancer after diagnosis 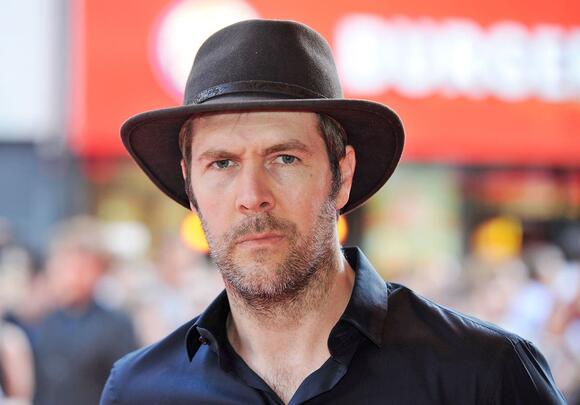 Comedian Rhod Gilbert has said that he is undergoing medical treatment after being diagnosed with cancer.

For years, the 53-year-old Welsh television and radio presenter has raised funds for people with the disease.

However, in a Facebook post shared on Thuesday (14 July), Gilbert disclosed that he is currently being treated for an unspecified type of cancer himself.

“I’ve met and made friends with so many inspirational staff, patients and their families. It has been a huge part of my life for the last 10 years. So while I never imagined that I would be a patient here, I know better than anyone that I am in the best possible hands.”

He continued: “The NHS care I’m receiving is incredible. I wouldn’t wish this on anyone... but who knows, maybe I’ll come out the other end with a new stand-up show and a 40-minute rant about orange squash.

“Thank you everyone for your support over the last few weeks and months (and years). I’ll be disappearing for a while and won’t be commenting further, at least not for now, whilst I focus on my recovery.”

Underneath the post, thousands of fans flooded the comments with messages of hope and love.

“Sending best wishes, positive healing vibes and most of all love,” one fan responded. “Hoping your treatment and recovery goes well. Take all the time you need.”

“Rhod has become a special member of our Velindre family and we are sure you will join us in sending him your very best wishes during this time.”

Sharon Osbourne was emotional speaking about her husband Ozzy Osbourne's struggle with Parkinson's disease. She shared that she sometimes cries when she looks at him.
CELEBRITIES・12 MINUTES AGO
The Independent

Jeremy Paxman has revealed he was diagnosed with Parkinson’s after a fall on icy ground while walking his dog.“The first thing I knew was when somebody was sitting me on a bench. I’d fallen over and I made a terrible mess of my face,” the 72-year-old says in Paxman: Putting Up With Parkinson’s, airing on Tuesday October 4 at 9pm on ITV.He continues: “When I was in A&E, a doctor walked in and said, ‘I think you’ve got Parkinson’s.’ And it turned out that he had been watching University Challenge and had noticed that my face had acquired what’s known...
CELEBRITIES・1 DAY AGO
The Independent

Hilary Swank has revealed that she and her husband Philip Schneider will soon be parents to twins.The Million Dollar Baby star, 48, announced the news that she and Schneider are expanding their family by two during an appearance on Good Morning America on Wednesday.“I’m so happy to share it with you, and with America right now, this is something that I’ve been wanting for a long time, and my next thing is I’m going to be a mom,” Swank said to applause from the GMA hosts, before adding: “I’m going to be a mom - and not just of...
CELEBRITIES・34 MINUTES AGO
The Independent

The risk of someone taking their own life is almost seven times higher after diagnosis of young onset dementia, a new study suggests.Researchers say their findings indicate clinics should target suicide risk assessment to patients who are diagnosed with the condition before the age of 65.Early recognition and a timely accurate diagnosis of dementia, combined with specialist support, are important factors in reducing the distress caused by a young onset diagnosis, they add.Queen Mary University of London and University of Nottingham scientists looked at medical records of some 594,674 people from 2001 to 2019 to determine if there was a link...
MENTAL HEALTH・1 HOUR AGO

House of the Dragon star Olivia Cooke has candidly revealed that she experienced a "full mental breakdown" six years ago.The actress, who stars Alicent Hightower, the daughter of King Viserys I Targaryen’s righthand man in the Game of Thrones prequel, told The Guardian about her past mental health struggles. “It was bad, bad. Awful, actually... I was working all the way through. I was very good at hiding it," Ms Cooke said.Click here to sign up to our newsletters.
MENTAL HEALTH・1 DAY AGO
BuzzFeed

I Found A Mysterious Hair In My Boyfriend's Underwear — Is He Cheating On Me?

"Neither of us have red hair."
RELATIONSHIP ADVICE・2 MINUTES AGO
BuzzFeed

The "I don't want a dog" to "I'm the dog's favorite person" pipeline is real.
THEATER & DANCE・2 MINUTES AGO
The Independent

Graham Norton has finally revealed the worst ever guest he had on The Graham Norton Show.The talk show presenter, 59, was at an event in Dublin to promote his new book Forever Home, when he told the audience about one celebrity’s “chilling” behaviour.The star in question was disgraced former Hollywood mogul and convicted rapist Harvey Weinstein, who is currently serving a 23-year prison sentence.Before dozens of women came forward with allegations of sexual assault against Weinstein in 2017, the producer appeared in an episode of The Graham Norton Show in 2015, with fellow guests David Tennant, Olivia Colman and...
CELEBRITIES・6 HOURS AGO