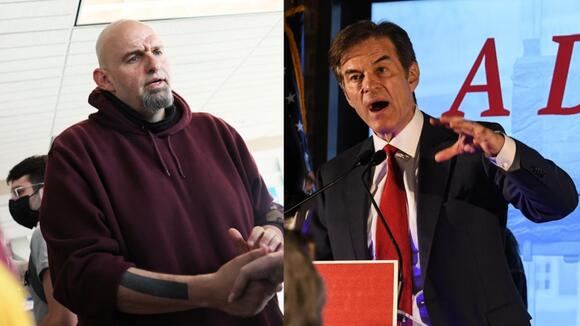 Oz, who is the Republican Candidate for U.S. Senate in Pennsylvania, is greeted by Polizzi in the Cameo video, who became popular on the reality television show “Jersey Shore” and given the nickname “Snooki.

WATCH: The video of Snooki-Oz

Polizzi goes on to say she heard that Oz had left New Jersey for Pa to look for a new job. She doesn’t know why anyone would want to leave Jersey “cause it’s like the best place ever and we’re all hot messes.”

She continues to wish Oz the “best of luck” but says that Jersey won’t forget him and that he’ll only be away temporarily and back home in Jersey soon.

Fetterman and Oz look to face off in the general election on November 8 to replace retiring U.S. Senate seatholder Pat Toomey (R).

The Pennsylvania Senate race is one that most of the country has been keeping an eye on as former President Donald Trump endorsed Oz ahead of the primary elections. Additionally, the election could flip the seat to close the gap in the Republican-run Senate.