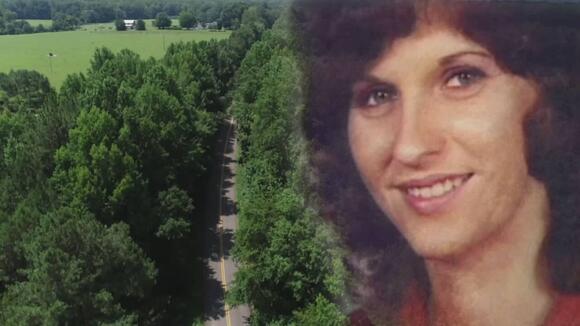 ATLANTA — It was a cold case that has baffled investigators for almost four decades.

In 1984, Donna Johnson’s body was found in a wooded area in Lamar County. Local authorities followed several leads, but no one has been charged or arrested in the case.

The squad is made up of the state’s best investigators. Huddleston first reported on the new unit in May.

They are retired agents and supervisors that covered some of Georgia’s biggest murder cases.

They looked at the Johnson murder, hoping to find that one clue that will bring closure for the family.

“Naturally we won’t ever forget it, can’t. But at least we can put it behind us enough, so we don’t think about it, as much as we do. she was my baby. She was a very sweet person,” Donna’s mother Beula Johnson said.

But Donna Johnson was killed. She was hit in the head, tied up, sexually assaulted and then run over with a car.

Police and the Lamar County Sheriff’s Office have been looking for her killer since her death 38 years ago.

Lamar County asked the newly formed squad to look at the Johnson case.

“I did the math. We bring — gosh this makes us sound old — centuries of experience to the table,” Heinen told Huddleston.

And that’s what’s needed for a case that’s been unsolved for almost four decades.

“We’ve got technology that we can bring to bear and that case and others,” Walsingham said.

“If some of these witnesses are still alive, do we need to go back and re-interview them,” Cagle said.

All three spent hours pouring over the Johnson files, marking pages with bright sticky notes to go back and review, and combing through evidence to try and find the killer before any more time passes.

“I’ll come down here and say I’m only going to be 30 minutes and 8 hours later it’s 3 in the morning and I’m still up reading,” Heinen said.

The GBI said no unsolved murder is shelved. Current agents also work the case, but they also must work other cases. But the cold case squad looks at only case at a time.

“if we can help one family along the way, we can hold one person accountable, that’s good,” Heinen said.

But after hours of investigating, the cold case squad couldn’t find any new leads so Johnson’s killer is still out there.

“And that’s disappointing we can’t call a victim’ family, but I think we’ll get there,” Cagle said.

Channel 2 Action News interviewed Beula Johnson in 1998. She has since died, never seeing justice for her daughter. But the cold case squad is not giving up.

“I don’t think we’ll solve everyone, naturally, but if we can get one of two along the way, what a great sense of satisfaction that is,” Walsingham said.

The three members of the cold case squad are on to their third case. So far, no indictments. But it gives you a sense that if these guys haven’t found any problems with the original file, they may have to wait for someone who knows something to come forward.

GWINNETT COUNTY, Ga. — The third and final suspect wanted in connection to the murder of a beloved coach who had gone to a gas station to pump air into his tires has been arrested. [DOWNLOAD: Free WSB-TV News app for alerts as news breaks]. Gwinnett County police said...
GWINNETT COUNTY, GA・1 DAY AGO
WSB Channel 2 Atlanta

CLAYTON COUNTY, Ga. — A family went around a neighborhood looking for answers Saturday tonight . They told Channel 2′s Veronica Griffin it was their relative who had been found dead outside an apartment complex in Clayton County. Channel 2 Action News first brought you to the scene...
CLAYTON COUNTY, GA・1 HOUR AGO
WSB Channel 2 Atlanta

ATLANTA — The family of a 78-year-old woman killed in March in a Buckhead parking deck are speaking out because there still has not been an indictment in the crime. 78-year-old great-grandmother and former Douglas County Sheriff’s Deputy Jacqueline Mixon was attacked on March 1 in the Piedmont Hospital parking deck.
ATLANTA, GA・1 DAY AGO
WSB Channel 2 Atlanta

GRIFFIN, Ga. — A Georgia man has been sentenced to 80 years in prison after he was convicted of kidnapping his girlfriend, stabbing her, burying her and ultimately trying to burn down a home with her inside. Prosecutors said Lydell Eugene Holmes, 39, pleaded guilty Tuesday to charges of...
PIKE COUNTY, GA・2 DAYS AGO

DEKALB COUNTY, Ga — After five years of torment, Eugenia Terrell says she’s finally found some peace. Terrell was in the courtroom on Friday when the man convicted of killing her daughter was sentenced to life in prison. “That’s just the end of it,” said Terrell. “We don’t...
DEKALB COUNTY, GA・1 DAY AGO
WSB Channel 2 Atlanta

GWINNETT COUNTY, Ga. — A man accused of hitting and killing a 66-year-old woman as she walked across a busy Gwinnett County road has been arrested. Gwinnett police say 33-year-old Ismael Perez was driving down Indian Trail Lilburn Road on Wednesday morning when he crashed into 66-year-old Sadie Ware near Steve Reynolds Boulevard.
GWINNETT COUNTY, GA・2 DAYS AGO

‘Are you ready to die?’: Chilling video used against 2 women accused of beating young mom to death

GWINNETT COUNTY, Ga. — Two women accused of beating a young mother to death over a man will remain in jail. Channel 2′s Matt Johnson was in Gwinnett County, where we showed you 17-year-old Janine Gonzalez’s emotional moments in court, for Channel 2 Action News at 4 p.m.
GWINNETT COUNTY, GA・2 DAYS AGO
WSB Channel 2 Atlanta

HENRY COUNTY, Ga. — A Henry County man will not go out to his yard without a gun after he was attacked by two pit bulls. Paul Nix, 65, says he was burning trash in his yard off of Old Macon Highway and didn’t see the attack coming.
HENRY COUNTY, GA・2 DAYS AGO
WSB Channel 2 Atlanta

ATLANTA — As a former strip club dancer, fighting to rescue girls and women from sex trafficking is personal for Kasey McClure. That’s why on Thursday night she led the so-called “Unholy Tour” once again. It’s a bus tour meant to motivate those on board to take steps to save lives.
ATLANTA, GA・1 DAY AGO
WSB Channel 2 Atlanta

ATLANTA — A woman was seriously injured after falling off a scooter. She says she then waited more than an hour for an ambulance that never showed up. Summer Turner says she was on a scooter, riding along the beltline, when someone cut in front of her, causing her to fall off and hit her head.
ATLANTA, GA・1 DAY AGO
WSB Channel 2 Atlanta

ATLANTA — On Sep. 19, Grady Memorial Hospital and the U.S. Army Surgeon General’s Office held a signing ceremony, announcing a partnership that will make Grady the eighth trauma center in the country to serve as a training site for Army trauma teams, according to a news release.
ATLANTA, GA・4 HOURS AGO
WSB Channel 2 Atlanta

CLAYTON COUNTY, Ga. — Clayton County police are investigating an incident in the parking lot of an apartment complex in Morrow. Officers were called to the Regal Forest Apartments on Trammell Road on Wednesday. Get the latest updates online and on air on Channel 2 Action News starting at...
CLAYTON COUNTY, GA・2 DAYS AGO
WSB Channel 2 Atlanta

FULTON COUNTY, Ga — A new program is using shelter dogs to help break the cycle of incarceration and rehabilitate local convicts. Six men graduated from the program on Thursday. Channel 2′s Kristen Holloway spoke with participants who shared how the program is making a difference in their lives....
FULTON COUNTY, GA・8 HOURS AGO