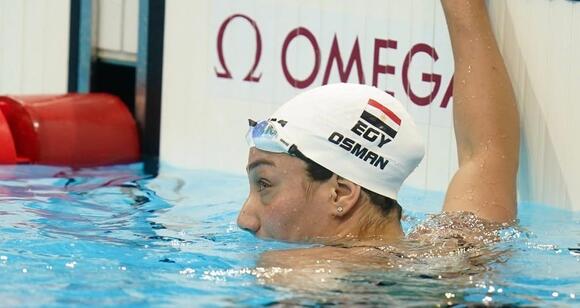 She now has the 36 fastest times in the event by an African after setting mark at Worlds.

Former Cal swimmer Farida Osman reinforced her status as the African Queen of the 50 Butterfly on Friday.

Osman broke her own African continental and Egyptian national records in the event at the FINA World Championships at Budapest, Hungary. She touched the wall in 25.39 seconds to shave 1/100th of a second off her record in a fourth-place finish.

The 27-year-old now owns the fastest 36 times by an African swimmer in the event, according to the website SwimSwam.

Osman made the finals of the 50 fly for the fifth straight time at the World Championships. She won bronze medals over the distance at the two previous Worlds.

Two-time defending champion Sarah Sjoestroem of Sweden won the race in 24.95, well off her world record of 24.43.

Earlier this week, Osman broke her own African and Egyptian records in the 100 butterly while finishing seventh.

She withdrew on Friday from the 50 freestyle heats.

Osman swam at Cal from 2014 through ’17, and as a senior won the 100 fly at the NCAA championships while also anchoring winning teams in the 200 free relay and 200 medley relay.

A two-time Olympian, Osman was born in Indianapolis but raised in Cairo.