Movie musicals have been around for decades, and the genre has been experiencing a bit of a renaissance. 2021 was chock-full of these projects, with beloved stage productions being adapted for film. Netflix got in on the fun projects like The Prom and Lin-Manuel Miranda's Tick, Tick...BOOM!, and now that trend is continuing. And the first trailer for 13: The Musical adds Debra Messing and Rhea Perlman to the Broadway musical.

13 opened on Broadway back in 2008, and had a limited but impactful run on the Great White Way. In fact, that's what made Ariana Grande into a star, and helped her book her gig on Nickelodeon. Now a movie version is coming, with the above trailer revealing the first footage of the adaptation hitting Netflix. And 13: The Musical (opens in new tab) is making some big changes to Jason Robert Brown's source material.

The above trailer opens on our protagonist Evan, played by Eli Golden. He's a New York City kid set on planning the best Bar Mitzvah possible when his parents suddenly split and he moves to Indiana with his mother (Debra Messing). Evan has to make new friends and plan his party, all while belting out killer tunes by Jason Robert Brown (The Last 5 Years, Songs For a New World).

While the cast of young talent are largely newcomers, there are some familiar faces helping to flesh out the cast. In addition to Debra Messing, we also see the always iconic Rhea Perlman as his Grandma Ruth. Additionally, Nick icon Josh Peck has a role as Evan's Rabbi. These are all brand new roles debuting for the first time in 13: The Musical's movie adaptation. On stage, there are no adults and both the cast and band are made up entirely of young talent.

This change for 13: The Musical is obviously a big one, and it looks like the screenplay by Tony Winning playwright Robert Horn is going to deviate quite a bit from the stage show's script. But this is pretty standard practice for the genre, with Dear Evan Hansen droppings songs and the In the Heights movie changing song order and cutting a character completely. The upcoming Netflix movie musical is directed by Tamra Davis, who previously worked on projects like The Politician and High School Musical: The Musical: The Series.

At the time of writing this story, Ariana Grande hasn't yet reacted to the first trailer for 13: The Musical. Grande created the role of Charlotte in the original Broadway cast, while also covering the female lead Patrice. In the years since, Grande has kept in contact with Jason Robert Brown, even appearing in concerts with the acclaimed composer and putting out covers of his songs.

13: The Musical will arrive on Netflix on August 12th. In the meantime, check out the 2022 movie release dates to plan your next movie experience. 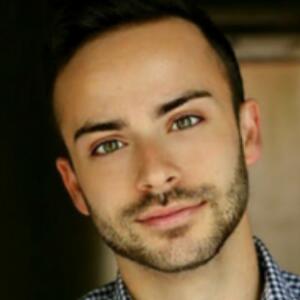 Corey was born and raised in New Jersey. Double majored in theater and literature during undergrad. After working in administrative theater for a year in New York, he started as the Weekend Editor at CinemaBend. He's since been able to work himself up to reviews, phoners, and press junkets-- and is now able to appear on camera with some of his famous actors... just not as he would have predicted as a kid.

What movies and TV shows are trending on the Netflix Top 10 for Monday, October 3, 2022?
TV SHOWS・1 DAY AGO
Cinemablend

Billy Eichner Responds After Bros Underperforms In Its Opening Weekend

After getting great reviews and buzz, Bros underperformed at the box office in its opening weekend, and star/writer Billy Eichner has shared his thoughts.
MOVIES・1 DAY AGO
Cinemablend

Will Smith's New Movie Emancipation Had Its First Screening, Here's What People Are Saying

Will Smith's highly anticipated film Emancipation had a private screening, and the first reactions are in.
MOVIES・2 DAYS AGO

90 Day Fiancé: Happily Ever After Finally Revealed Michael Ilesamni's Side Of Angela Deem Drama, And Now I Don't Know What To Believe

Michael finally had a chance to tell his side of the story in 90 Day Fiancé: Happily Ever After?, but is his story any more believable than Angela's?
TV SERIES・1 DAY AGO
Cinemablend

During a hangout in Argentina, Margot Robbie and Cara Delevigne encountered a harrowing scenario involving a paparazzi ambush.
CELEBRITIES・1 DAY AGO
BuzzFeed

Tia Mowry filed irreconcilable differences as the reason for their divorce.
CELEBRITIES・1 MINUTE AGO
Cinemablend

Mayim Bialik fields a lot of opinions about what she wears as host of Jeopardy!, not just from the fans but from her mom as well.
CELEBRITIES・1 DAY AGO

The Heard/Depp trial has already been made into a movie titled Hot Take.
MOVIES・1 DAY AGO
Cinemablend

Cecily Strong was left out of Saturday Night Live Season 48's opening credits, and there's a specific reason for that.
TV & VIDEOS・2 DAYS AGO
Cinemablend

TS Madison On Creating Her Bros Character, And How It Differs From Typical Trans Representation

Sons Of Anarchy's Charlie Hunnam Has Revealed Jax Teller May Return. This Is Not A Drill

Sons of Anarchy's Jax Teller may once again ride through the pop culture zeitgeist, thanks to an update from Charlie Hunnam.
MOVIES・1 DAY AGO

Although Mary Sanderson's crooked smile was on the other side in Hocus Pocus 2, Kathy Najimy has an explanation for it.
MOVIES・1 DAY AGO
Cinemablend

Remember When Bruce Willis Supposedly Sold His Deepfake Rights? Not So Fast

There's been a new development in the alleged sale of the rights to Bruce Willis' likeness.
CELEBRITIES・2 DAYS AGO
Cinemablend

Netflix's The Midnight Club: What We Know About Mike Flanagan's Horror Series So Far

Mike Flanagan will soon return to television with another scary Netflix series, The Midnight Club
TV SERIES・3 HOURS AGO
HuffPost

As Magnum P.I. gets into gear filming for Season 5 after being saved from its CBS cancellation, Jay Hernandez has shared a celebratory behind-the-scenes pic.
TV & VIDEOS・1 DAY AGO
Cinemablend

The Marvel Cinematic Universe is already preparing for its next two “culmination” films. The first of the two, Avengers: The Kang Dynasty, has landed a director in Destin Daniel Cretton, who helmed Shang-Chi and the Legend of the Ten Rings. And the film is set to be written by Ant-Man and the Wasp: Quantumania scribe Jeff Loveness. Not much has been said about its follow-up, Avengers: Secret Wars but, now, it would seem that the production has taken an exciting step forward. Not only is a writer attached, but they’re already a part of the MCU family.
MOVIES・1 DAY AGO
Cinemablend

Now that Kim Kardashian is single again, how does Kanye West feel in regards to a reunion with his estranged wife?
CELEBRITIES・2 DAYS AGO