Raphael Varane knows Manchester United need to “improve in everything” over pre-season as new manager Erik ten Hag starts to mould the side in his image.

After starting last season with Ole Gunnar Solskjaer and limping over the line in sixth under interim boss Ralf Rangnick, the Old Trafford giants have entrusted the 52-year-old to turn things around.

Ten Hag has been drilling the side during pre-season training and oversaw an eye-catching 4-0 friendly win against rivals Liverpool in his first match as United boss on Tuesday.

The Dutchman immediately said he would not get carried away by the result in Bangkok despite some clear positives – a view shared by serial winner Varane.

“We know exactly how we want to play,” the United centre-back said. “The manager explained very well what we have to do and it’s absolutely clear.

“So we know we have to be very fit because it’s a very physical way to play.

“We are happy with the result obviously but we know we have to work very hard still to be ready for the start of the season.

“We’re working a lot, so we try to be absolutely ready for the beginning of the season.

“This is just the start of the pre-season so it’s just the beginning, but we know exactly where we want to go.”

Varane secured medals aplenty with Real Madrid and won the World Cup with France in 2018 – successes that must have made his first season at Old Trafford all the more galling.

A big-name acquisition alongside Jadon Sancho and Cristiano Ronaldo , he could not have foreseen his first season ending with United’s lowest ever Premier League points tally. 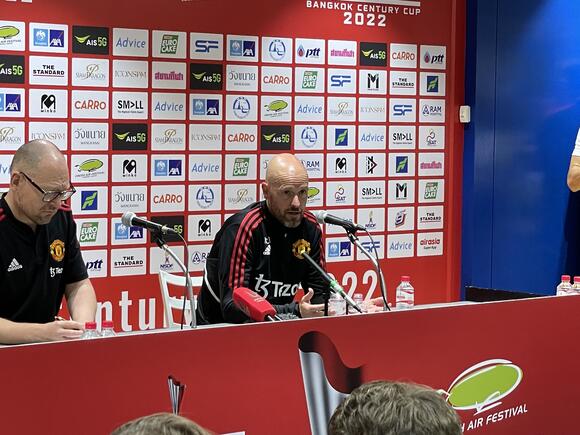 “I think we know exactly what we have to do – we have to improve in everything,” Varane said of the approach to pre-season.

“As I said, it’s just the beginning so we have to improve in everything.”

Varane could, though, see signs of promise in Thailand as United played with the kind of purpose and coherence that was lacking towards the end of last season.

“We tried to keep the ball in possession and we tried to press very high on the pitch, so this is a very physical style,” he said. 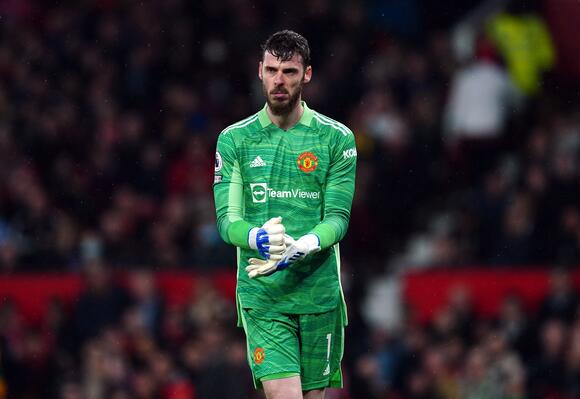 “That’s why we know we have to work very hard in training sessions and we try to be ready.”

Put to Varane that goalkeeper David De Gea was coming off his line and building play from the back more, he added: “Yes, exactly.

“We try, as I say, to keep the ball in possession, to play very fast and play forward when it’s possible.

”So, yeah, we enjoy to play like this and we try to improve and to get fit.”

United have moved onto Australia to continue pre-season preparations, with Melbourne matches against Melbourne Victory and Crystal Palace followed by a Perth friendly against Aston Villa.

Varane hopes to continue building fitness during those matches and kick on after an injury-impacted first season at Old Trafford.

“Personally, it’s an opportunity for me to have a real pre-season, to get fit and to be ready because it’ll be a very long season with a lot of games and high intensity,” he said.

“I will try to be ready and to be fit, and obviously I’m very excited for this season coming and I’m very happy to be with Manchester and in this great club. We will try to win some trophies.”

Chelsea’s season up and running after champions beat Manchester City

Chelsea registered their first points of the Women’s Super League season as Fran Kirby’s finish and a Maren Mjelde penalty saw the defending champions defeat Manchester City 2-0 at Kingsmeadow.Kirby struck the opener in the 42nd minute and Mjelde added a spot-kick with 12 minutes of normal time remaining as Emma Hayes’ side bounced back from the shock 2-1 loss at Liverpool in their campaign opener last Sunday.Gareth Taylor’s City created a number of chances, particularly in the first half, which included a Laura Coombs shot that Ann-Katrin Berger did superbly to divert against a post, but they were unable...
WORLD・2 HOURS AGO
The Independent

Chelsea registered their first points of the Women’s Super League season as Fran Kirby’s finish and a Maren Mjelde penalty saw the defending champions defeat Manchester City 2-0 at Kingsmeadow.Kirby struck the opener in the 42nd minute and Mjelde added a spot-kick with 12 minutes of normal time remaining as Emma Hayes’ side bounced back from the shock 2-1 loss at Liverpool in their campaign opener last Sunday.Gareth Taylor’s City created a number of chances, particularly in the first half, which included a Laura Coombs shot that Ann-Katrin Berger did superbly to divert against a post, but they were unable to save themselves from another loss following last weekend’s 4-3 reverse at Aston Villa.We will bring you all the reaction and updates from today's game in the live blog below:
SOCCER・2 HOURS AGO
The Independent

England host Germany in the Nations League on Monday in their final match before the World Cup begins in November.Gareth Southgate’s side have lost their last five games and have already been relegated from League A as preparations for Qatar falter.Here, the PA news agency takes a look at some of the major talking points ahead of the Wembley clash.Unwanted recordsEngland are on a run of five competitive matches without a win for the first time in 30 years.The Three Lions have never gone six competitive matches without a victory.While Southgate will have more pressing matters on his mind going...
SPORTS・3 HOURS AGO
The Independent

Is Denmark vs France on TV tonight? Kick-off time, channel and how to watch Nations League fixture

Kylian Mbappe and Co need to produce a performance and a positive result to ensure they do not suffer a shock relegation from the Nations League Group A1 on Sunday.France football travel to Denmark football in the final round of games, with top spot Croatia heading to bottom nation Austria in the other game.Didier Deschamps’ side did beat Austria in midweek, while Croatia just edged out Denmark, but both the top two and bottom two only have a point between them so there’s still much to sort out from an intriguing quartet.Both France and Denmark are off to the Qatar...
SOCCER・1 HOUR AGO

Billy Vunipola enhanced his World Cup prospects during England’s tour of Australia but the Saracens number eight insists he must sway Eddie Jones all over again as the autumn comes into view.Vunipola has started the season with a bang, adding to his man of the match afternoon against Harlequins with an influential shift in Saturday’s dramatic comeback victory over Gloucester.Injuries to Alex Dombrandt and Sam Simmonds ended his international exile in July and although the 29-year-old was a force in the 2-1 series victory over the Wallabies, he knows his rivals are ready to reassert themselves.“The World Cup is obviously...
RUGBY・3 HOURS AGO
The Independent

Felix Auger-Aliassime stunned Novak Djokovic to help Team World turn the tables on their European rivals and move one win away from a maiden Laver Cup title in London.Auger-Aliassime produced an excellent display in a 6-3 7-6 (2) victory that married big serving with wonderful groundstrokes against Wimbledon champion Djokovic.It was Auger-Aliassime’s second consecutive match on the final day of the Ryder Cup-style team event at the O2 after the Canadian teamed up with Jack Sock to down Andy Murray and Matteo Berrettini in the doubles.Team Europe held a four-point advantage after Saturday’s action, but with matches worth three points...
TENNIS・3 HOURS AGO
The Independent

Joe Launchbury says “there is so much to be excited about” over Wasps’ future.The Wasps captain led his team to a first Gallagher Premiership victory of the season with a 39-31 success against Bath.But it arrived after the club filed a notice of their intention to appoint an administrator with the High Court.They have been served a winding-up order by HM Revenue and Customs over an unpaid tax bill, while Wasps are also having difficulty repaying a £35million bond that was raised to help finance their relocation from High Wycombe to Coventry eight years ago.Launchbury was two years into his...
RUGBY・3 HOURS AGO
The Independent

Premiership Rugby chief executive Simon Massie-Taylor admits there needs to be “better visibility” of club finances as the top-flight English domestic game grapples with uncertainty.Worcester are set to be suspended from all competitions if they do not meet a Rugby Football Union deadline of 5pm on Monday showing they possess required insurance, are able to meet payroll and have a “credible plan to take the club forward”.Warriors are burdened by debts totalling more than £25million, including at least £6m in unpaid tax, amid growing anger felt towards owners Colin Goldring and Jason Whittingham, who have been accused of asset-stripping the...
RUGBY・3 HOURS AGO

Wales vs Poland live stream: How to watch Nations League fixture online and on TV tonight

Wales may have the World Cup to look forward to but tonight their focus is on beating Poland to avoid relegation from the Nations League.Thursday’s 2-1 defeat to Belgium left Rob Page’s side bottom of their group, three points behind Poland - who were beaten 2-0 by the Netherlands but with a better goal difference.Gareth Bale should start after he was only involved in one training session before the Belgium game following his arrival from Los Angeles.“It’s a final,” Wales manager Rob Page said. “Forget the World Cup, this is the game we want to win on Sunday.Here’s everything you...
PREMIER LEAGUE・1 HOUR AGO