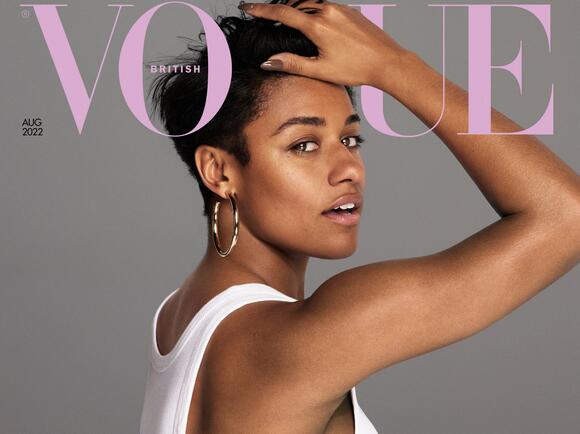 Ariana DeBose has shared that she first realised she liked girls when she was 11 years old.

The West Side Story star, who appears on the August cover of British Vogue alongside 12 other LGBT + stars, said she opened up about her feelings to her mother on the way home from a dance class.

DeBose, 31, told the magazine : “When I was 11, I was riding in the car with my mother home from a dance workshop.

“And that was it,” the actor, who is in a relationship with costume designer and professor Sue Makoo, added.

British Vogue ’s August issue celebrates 50 years of Pride in London. Elsewhere in the magazine’s DeBose interview, the star explained how she came to identify as queer.

“I was just living my life,” she said. “I was in New York City, I was dating a woman.

“And I realised my grandparents didn’t know that I like all different types of humans. At that point, I hadn’t really chosen a word to describe myself, but I decided on queer then, because I just thought it would allow me to continue to grow.”

This year, DeBose became the first queer woman of colour to win an Oscar when she picked up the award for Best Supporting Actress in her role as Anita in West Side Story .

She beat other nominees including Jessie Buckley ( The Lost Daughter ), Kirsten Dunst ( The Power of the Dog ), Judi Dench ( Belfast ) and Aunjanue Ellis ( King Richard ).

In her acceptance speech, she said: “Imagine this little girl in the back seat of a white Ford Focus, look into her eyes.

“You see an openly queer woman of colour, an Afro-Latina, who found her strength in life through art. And that is, I think, what we’re here to celebrate.”

Billy Ray Cyrus may soon be heading down the aisle again as he is reportedly engaged to much younger singer Firerose months after his estranged wife, Leticia "Tish" Cyrus (née Finley), filed for divorce, RadarOnline.com has learned. The Australian-born performer was spotted wearing a massive diamond ring, fueling rumors...
RELATIONSHIPS・1 DAY AGO
Daily Mail

Teenager, 19, plans to marry and have children with her 48-year-old 'soulmate' who gets mistaken for her DAD 'all the time'

An Australian teenager has opened up about her relationship with a man 29 years her senior and the cruel comments the couple have received. Jorja McMahon, who is just 19 years old, and 48-year-old Graham got into a relationship three months ago when she was 'in a hard living situation and in a bad headspace'.
RELATIONSHIP ADVICE・1 DAY AGO
The Independent

Actor Robert Cormier, best known for roles in Heartland and Netflix’s Slasher, has died aged 33. The Canadian performer died on Friday (23 September), according to his obituary. His sister later told The Hollywood Reporter that Cormier died in hospital in Etobicoke, Ontario, of injuries obtained following a fall.
CELEBRITIES・2 DAYS AGO
The Independent

Hayden Panettiere has opened up about the “horrifying” moment when her only daughter asked other women if she could call them “Mommy”.The Nashville actress spoke about the moment to Jada Pinkett Smith, Adrienne Banfield Norris, and guest host Kelly Osbourne during the latest episode of the Facebook Watch series Red Table Talk.Panettiere, 33, discussed an alleged phone call she had with ex Wladimir Klitschko, 46, about their seven-year-old daughter Kaya. “I also remember her dad calling me and he said, ‘Kaya is going around and asking other women if she can call them Mommy,’” she explained. “And my breath...
CELEBRITIES・2 DAYS AGO

Nick Cannon has just welcomed his 10th child, only two weeks after the birth of his ninth.On Friday, the 41-year-old rapper announced the arrival of his son, Rise Messiah Cannon, his third child with model Brittany Bell, on Instagram. In his post, Cannon shared a video of Bell’s “Blessingway,” an event where family members came together to celebrate her pregnancy. He also posted a photo of the pair at home with their two children, standing in front of balloons that spell out “Rise”.In the lengthy caption of his post, Cannon addressed his gratitude for God and for all the...
CELEBRITIES・7 HOURS AGO
The Independent

Harry Redknapp has described a freak accident during which he accidentally ran over his wife Sandra’s foot as one of the “worst days” of his life.The incident, which took place in 2016 during a shopping trip, left Sandra’s foot “sliced like a piece of bacon” and resulted in her needing an operation.The former football player and manager opened up about the experience in the couple’s new autobiography, When Harry Met Sandra.In an extract seen by The Mirror, Redknapp said the accident took place shortly after he parked their car and asked his wife to be careful of the traffic.Moments later,...
PUBLIC SAFETY・1 DAY AGO
The Independent

George Clooney has hilariously agreed with pal Brad Pitt, after he called the filmmaker one of the most “handsome men” in the world. The 61-year-old actor addressed and supported the Fight Club star’s compliment on Wednesday, when he and his wife Amal Clooney made an appearance on CBS This Morning. Pitt first called Clooney “handsome” last week, in a video segment for US Vogue.
CELEBRITIES・5 HOURS AGO

‘This is freaking me out’: Farmhouse Fixer presenter Jonathan Knight reacts after ‘girl’ spotted in window of Salem house

Farmhouse Fixer presenter and ex-New Kids on the Block singer Jonathan Knight has responded after fans spotted something strange in one of the homes he was working on.Farmhouse Fixer is a TV show in which Knight restores old homes with the help of designer Kristina Crestin.The show’s recent episode, which aired last night (28 September) on HGTV, showed Knight and Crestin visiting Salem to restore a traditional 1950s barn connected with the Salem Witch Trails.Salem’s historic Witch Trails saw the murder of 19 innocent people accused of practicising Witchcraft  between 1692 and 1693.Over 200 were arrested in the trials...
TV & VIDEOS・1 DAY AGO
The Independent

Björk has celebrated Kate Bush’s recent resurgence, admitting that she was “always quite offended by how often” the “Running Up That Hill” singer was branded “insane or a crazy witch” during her career peak.The prominent Eighties British pop singer first gained success with her 1978 UK chart-topping song, “Wuthering Heights”.However, Bush performed live very rarely over the course of her career due to the anxiety she faces on stage.While she remained largely out of the music world, Stranger Things’ inclusion of her 1985 single “Running Up That Hill” quickly brought Bush’s song to the top of the UK charts,...
MUSIC・7 HOURS AGO
The Independent

Netflix has released exclusive footage of Noah Centineo and Lana Condor’s first-ever chemistry read for their lead roles in the To All the Boys I’ve Loved Before franchise.The pair co-star as young lovers, Lara Jean and Peter Kavinsky, in the rom-com trilogy based on the book series of the same name.Celebrating four years since Condor and Centineo’s breakout roles in the franchise’s first 2018 film, the streamer shared never-before-seen footage of the actors’ original chemistry read. “Before they became everyone’s crushes, they were just two young actors in an audition room,” Netflix wrote. “While some first encounters have...
CELEBRITIES・7 HOURS AGO