What is life in Russian prison like for Brittney Griner? Writing letters, reading Dostoevsky 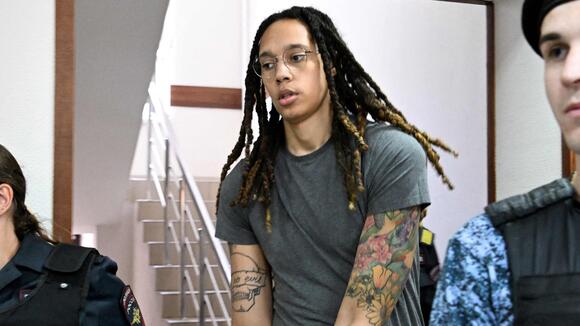 As her trial continues, Brittney Griner's situation contains little certainty. But until the U.S. government can negotiate her release from Russia, Griner will remain "wrongfully detained" there on drug charges that could carry a sentence of 10 years in prison.

The two-time Olympian and WNBA star pleaded guilty "without intent" on Thursday, the second day of her trial. Griner will return to court next Thursday. Until then, she will return to her cell in the pre-trial detention facility she's been in since February.

You do the crime you do the time put on your big girl pants and face the consequences of your actions you were not kidnapped or taken hostage you broke the law BRITNEY stop acting like a victim of something u did.

She is going to prison she smuggled drugs into Russia and that country doesn't play around Biden isn't going to save her she's gonna do her time and if she's lucky she will live to tell about this one day. The United States shouldn't let her come back she has dishonored this country and she is terrible role model for younger children and basketball players that looked up to her.

USA TODAY: What do you mean "Wrongfully Detained"? She brought illegal drugs into a foreign country that obviously does not placate so called celebrities. Know the laws and rules before entering a foreign country. Especially if it's a nation that does not like the U.S.A.

US has clear task: Win or go home

Today's newsletter gets going with a look at how the culture war is making a loser out of all of us. Where do we go from here?
NORTH CAROLINA STATE・12 HOURS AGO