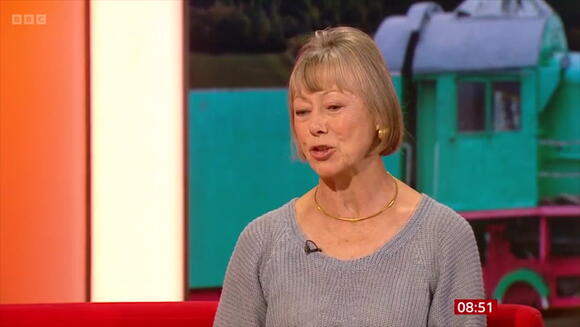 Jenny Agutter has expressed her one “regret” about doing a nude scene when she was 16.

The actor, 69, had just turned the age when she started filming the 1971 film Walkabout , which is set in the Australian Outback.

Speaking about the experience, Call the Midwife star Agutter said in a new interview with The Times : “I was 16, and a young 16. But [director] Nic Roeg showed me pictures and said, we want to create something, a Garden of Eden. For him, it was a really important moment.

“But the film, to look at now, is very bleak. How progression takes us to hell and away from heaven. Is it possible to go back to it? The centre of the film has to be innocent. So I don’t regret that.”

However, she did say her one regret about the scene stems from a factor that’s out of her hands, explaining: “Unfortunately what has happened is... the internet and social media taking it out and putting it wherever.

“Sorry, to the people who are perverted and wish to do that, but I am not a part of that. It’s that that I regret; not [being nude] in the film.”

Acknowledging the importance of intimacy co-ordinators on films sets today, Agutter said: “I think it is very important that people are made to feel comfortable in an uncomfortable situation. I don’t see the necessity for anything graphic anyway.” 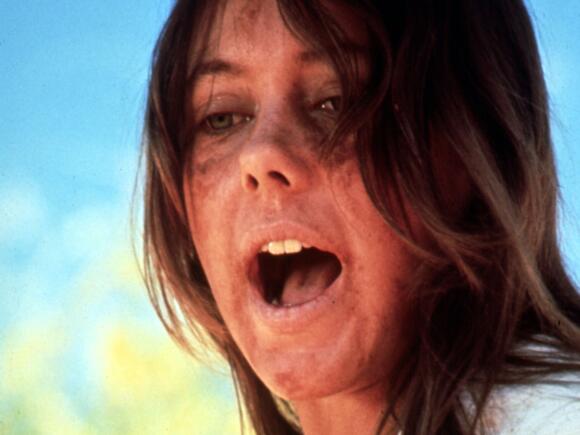 ** This article is a work of nonfiction based on actual events as shared with me by a friend who experienced them firsthand; used with permission. I worked as a youth mentor for many years. It meant being on call 24 hours a day, seven days per week. It wasn’t unusual to receive a phone call in the middle of the night or a knock on the door by a troubled youth in the wee hours of the morning.
19 HOURS AGO
justpene50

**This is a true story as told to me by a close relative, used with permission**. Sometimes tradition hurts instead of heal. In my part of the world, it is the cultural norm to provide care for a new mother and her baby. Once the baby arrives, another belief is that you can never take the baby out in public until after the first nine days.
16 DAYS AGO
POPSUGAR

We've come a long way, baby. Taylor Swift was seen applauding Harry Styles following his win at the 2023 Grammy Awards on Feb. 5 in Los Angeles. The pop stars famously dated back in 2012, and though their relationship lasted less than a year, the split inspired many songs, including Swift's "Out of the Woods" and "Two Ghosts" from Styles.
LOS ANGELES, CA・9 HOURS AGO
The Independent

Valerie Bertinelli says she is ‘over’ her divorce: ‘I’m over the narcissist’

Valerie Bertinelli has opened up about how she has been coping after her divorce from financial planner Tom Vitale was finalised in November.The One Day at a Time star shared her thoughts and feelings in an Instagram video posted on Friday (3 February) and said she underwent an “intensive” physical therapy that works on the body’s connective tissues.“It’s so painful, but there’s a release that happens that’s really helpful,” she said. “I believe that a lot of emotional pain is stored in the body, and I’m doing my best to heal from it in every way – my therapy, my...
2 DAYS AGO
Showbiz Cheat Sheet

Adele Said She Was ‘Devastated’ and ‘Embarrassed’ By Her 2019 Divorce

Adele was married to Simon Konecki from 2018 until their divorce in 2021. She says going through a divorce left her feeling “devastated” and “embarrassed.” Here’s what the Grammy winner revealed about ending her marriage. Adele was surprised by how fans reacted to her divorce.
1 DAY AGO
Anthony James

Childbirth can be a physically and emotionally intense experience for a mother. The sensation of contractions and the pressure of the baby moving through the birth canal can be intense, and is often described as painful. However, some women also report feelings of excitement and joy as they bring their baby into the world. Chrisy, who had already given birth to four previous children thought she knew it all. Her experience with her fifth pregnancy though was one that she certainly was not prepared for.
4 DAYS AGO
Amy Christie

Dad on daughter: "We danced at her wedding, then I said I don't like her husband; she hasn't spoken to me in 2 months"

*This article is a work of nonfiction based on actual events recounted to me by a friend who witnessed them firsthand; used with permission. When your child gets married, memories, hard times, and fun moments come to mind, and as a parent, you can get worried about whether the choice they made is the right one.
2 DAYS AGO
The Independent

Alex Murdaugh’s former best friend of 40 years broke down in tears in court as he described the moment that he learned the disgraced attorney had stolen millions of dollars from his law firm clients – and $192,000 from himself.Chris Wilson choked up with emotion as he said the betrayal “knocked me down” and revealed that “I don’t know how to think any more” about the man he had known and “loved” for most of his life.“I was so mad. I had loved the guy for so long, and I probably still loved him a little bit, but I...
SOUTH CAROLINA STATE・2 DAYS AGO
The Independent

The Princess of Wales has posted a throwback family photograph of herself as a baby with her father, Michael Middleton.The sweet snap shows baby Kate Middleton smiling and reaching out to grab her father’s face. It was released as part of Kate’s new Shaping Us campaign to highlight the importance of early years development.Shared on the official Prince and Princess of Wales’ Twitter account, Kate wrote in the caption: “’Faces are a baby’s best toy’. On Tuesday we launched Shaping Us to raise awareness of the vital role our early years play in shaping the rest of our lives.”She...
1 DAY AGO
BBC

The head of Epsom College has been found dead along with her husband and seven-year-old daughter in a property on school grounds. Emma Pattison, 45, her husband George, 39, and their daughter Lettie were found dead at 01:10 GMT on Sunday. Surrey Police said they were called to the private...
13 HOURS AGO
The Independent

Molly-Mae Hague opens up about becoming a first-time mother: ‘Nights are hardest’

Molly-Mae Hague has opened up about the reality of being a first-time mother.The former Love Island star, 23, who gave birth to daughter Bambi with boyfriend Tommy Fury last month, has been documenting the child’s first weeks on social media, recording the day she was brought home from the hospital to giving Bambi her first bath.In a selfie posted to her Instagram Stories on Sunday (5 February), Hague shared an honest update about the challenges of having a newborn.Hague is seen cradling her daughter in the image, while the caption reads: “The nights are the hardest but also the...
3 HOURS AGO
The Independent

Georgia Tennant has once again left David Tennant fans in hysterics with a tweet about her husband.The actor posted a screenshot of a text exchange with Doctor Who actor David on Sunday (5 February), which happened to be the birthday of their Staged co-star Michael Sheen.Georgia had texted David to say “it’s Michael’s birthday”, seemingly reminding him to send their friend a message. After getting no answer, she replied to her own text with: “David?”Hours later, when there was still no response, she sent a message, comedically hinting that David might have been hiding away for the day.“No reception...
GEORGIA STATE・1 HOUR AGO
The Independent

James Norton has highlighted a callback to the first series of Happy Valley featured in the final episode.The last ever instalment of the BBC One drama aired on Sunday (5 February), providing a satisfying conclusion for many viewers.*Spoilers follow .you have been warned*The episode, written by creator Sally Wainwright, saw Catherine Cawood (Sarah Lancashire) have a showdown with a wounded Tommy Lee Royce (James Norton) around the kitchen table in her own home.Throughout an extended scene, the pair spoke about Tommy’s behaviour, with the criminal, who previously wanted to kill Catherine, revealing that he’s happy she raised his son...
1 HOUR AGO
The Independent

Flashdance and Fame singer Irene Cara’s cause of death revealed

Musician Irene Cara’s cause of death has been determined, according to new medical examiner records.The cause of death of the Oscar and Grammy winner, who died on 25 November at the age of 63, had been previously unknown.Cara died of Arteriosclerotic and Hypertensive Cardiovascular Disease, with Diabetes Mellitus listed as a contributory condition, According to new medical examiner records from Pinellas County Forensic Science Center that were seen by The Independent. Her manner of death was deemed natural so no autopsy was performed or toxicology report was run. News of Cara’s death was announced on her official Twitter account...
FLORIDA STATE・2 DAYS AGO
The Independent

Anne returns to maternity hospital 42 years after she opened it

The Princess Royal met mothers and their newborn babies when she returned to a maternity hospital she opened more than 40 years ago.Anne toured the aptly named Princess Anne Hospital in Southampton and chatted to proud parents Amy Hartnell and David Austin, whose son Albert George was born on Thursday.The maternity Hospital opened its doors on March 28, 1981, and Ms Hartnell, from Southampton, later said her father-in-law had been part of the police escort for the princess on the day she officially launched the medical department.Parents Siobhan and Joe Biles, from Southampton, were also thrilled to introduce their new...
2 DAYS AGO
The Independent

After nine years, 18 episodes and a lot of effing and blinding, Happy Valley aired its fiery, heart-squeezing finale last night (5 February).*Warning: this article contains spoilers*Following Tommy Lee Royce’s (James Norton) escape from prison, the scheming villain and Sergeant Catherine Cawood (Sarah Lancashire) had their long anticipated showdown in her kitchen.“I forgive you,” Tommy told her. “You forgive me?” she spat back, her taser pointed at his chest.After an agonising face-to-face (summarised in full here), Tommy poured petrol over himself and lit a match, signalling the end of the years-long reign of terror he had over Catherine and...
3 HOURS AGO