Who is RaeLynn: Get to know the country star behind 'She Chose Me,' 'God Made Girls' 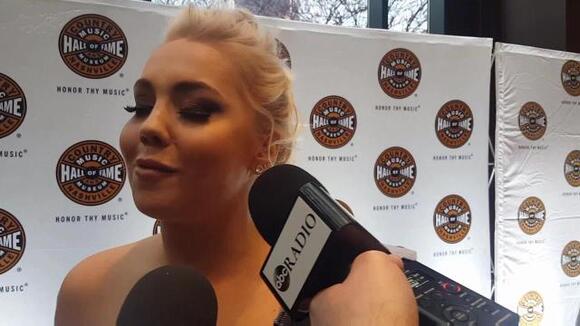 From the stage of NBC's "The Voice" to the stage of Fort Smith's 4th of July bash, RaeLynn has spent the last decade sharing songs and stories across the country.

Get to know the up-and-coming country musician here.

Racheal Lynn Davis, 28, currently calls Nashville home, but she started out as a small-town girl from Texas.

"I wrote it about my hometown, Baytown, Texas," she said. "That record I'm really proud of. It's all the songs I wrote, I've only released one song ever that I hadn't written. But I'm really, really proud of it."

'Baytown' EP:'This is me': RaeLynn takes you to her hometown on new EP

RaeLynn appeared on season two of 'The Voice" in 2012. A member of Team Blake, she was eliminated in the show's quarterfinal round.

'She Chose Me' TikTok trend

RaeLynn's song "She Chose Me" is a tribute to her mother's pregnancy journey with her.

The song resonated with users across TikTok with thousands of videos created with the sound as a background to their own stories about pregnancy and motherhood.

RaeLynn was diagnosed with Type 1 diabetes when she was 12, according to the Lansing State Journal.

The RaeLynn Diabetes Fund was established in 2016 to support those impacted by Type 1, Type 2 and juvenile diabetes.

Silent No More:Country music's conservatives double down on politics

Paige Eichkorn contributed to this report.

‘Sister Wives’ Season 17: Janelle Forced To Live in a Trailer on Coyote Pass — ‘I Don’t Have a House’

'Sister Wives' star, Janelle Brown is being forced out of her house and has decided to temporarily live in a trailer on the family's Coyote Pass property.
TV SERIES・25 MINUTES AGO
Showbiz Cheat Sheet

Taylor Hale reigned supreme over her 'Big Brother 24' houseguests during the finale on Sept. 25, and her win comes with many historic accomplishments.
TV SHOWS・23 MINUTES AGO