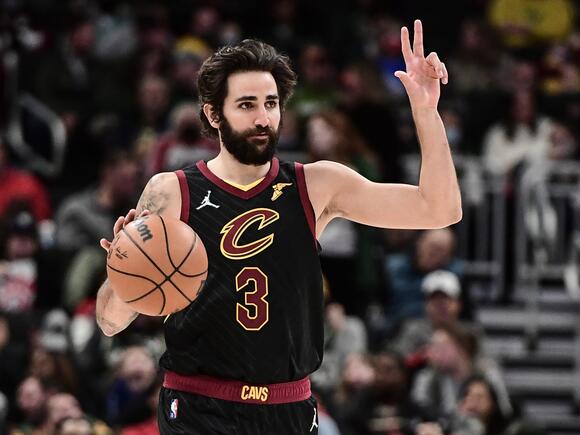 On Friday morning, the Cavaliers made things official – the team sent out a press release announcing the signings of Ricky Rubio, Robin Lopez, and Raul Neto. In the release, Cavaliers President of Basketball Operations Koby Altman briefly touched on all three signings.

“Our focus during this offseason has been centered around making this team better and finding the best talent to help strengthen this roster,” he said. “When you think about the impact Ricky had on our team last season, his addition became a priority to bring back to Cleveland. We also feel Robin and Raul are both high character guys who have played a great amount of meaningful basketball and will bring the right balance of seasoned experience and depth to our emerging young core. We are excited for Ricky’s return and welcome Robin and Raul to the Cavaliers family.”

While it's Lopez and Neto's first time with the Cavs, Rubio's familiar with Cleveland, having played in 34 games – eight starts – for the team last season. During that stretch, he averaged over 13 points, four rebounds, six assists, and one steal per 28 minutes.

Former Cleveland Cavaliers forward Richard Jefferson commented in a series of tweets on the likely suspension of Boston Celtics head coach Ime Udoka for a relationship with a female team staffer. Jefferson’s confusion on the suspension is because the expected length will be a full year when the final decision...
BOSTON, MA・2 DAYS AGO
FastBreak on FanNation

Boston Celtics head coach Ime Udoka is suspended for the upcoming NBA season after an inappropriate and consensual sexual relationship with a female staffer who also accused him of making “unwanted comments” toward her. The news appeared to blindside Udoka’s fiancée Nia Long, as the actress posted a cryptic message on Instagram following the news, but it goes a little deeper than that.
BOSTON, MA・1 DAY AGO