Troy Williams: Proposal to change Fayetteville council structure not about race but democracy 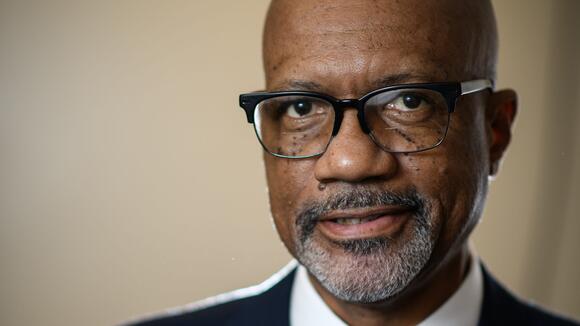 The term “democracy” comes from two Greek words: “demos” (the people) and “kratia” (power and authority). So, democracy is a form of government that gives power to the people.

Lately, America’s democracy has been strained at all levels. First, there’s the U.S. House Jan. 6 committee hearing about an effort to overturn the 2020 elections. Second, the U.S. Supreme Court has issued some controversial opinions this term: upended a 50-year-old precedent on abortion, expanded gun rights for the first time in a decade, bolstered religious rights, notably those of Christians, and declared that a violation of Miranda does not necessarily constitute a violation of the Constitution.

Passionate opinions have caused demonstrations on both sides of the issues. Democracy is a model form of government, but it’s not a guarantee. Life won’t always go the way you want it to sometimes. Democracy is supposed to allow all citizens an opportunity to have an equal voice, and it achieves that purpose most of the time.

Democracy is imperfect but inherently and highly flexible.

What happens in Raleigh and Washington, D.C., gets most of the attention, but local government is the most important for several reasons. First, municipal governments impact constituents far more frequently and positively than either state or federal legislators. Second, citizens can have far more influence at the local level than they ever will at higher echelons.

One-stop voting for Fayetteville’s municipal election is from July 7 thru July 23. The General Election is July 26. Voter turnout is predicted to be very low. The power rests with the people, but that power can't be realized if citizens don’t vote.

A Vote Yes Fayetteville initiative recently secured 5,007 signatures from city residents to change the Fayetteville City Council from nine single-member districts to a combination of five single-member districts and four at-large districts. If the Vote yes initiative is successful, Fayetteville City voters could cast six votes — one for Mayor, four for at-large council members and a district council member. Fundamental fairness dictates Vote Yes supporters deserve an equal voice, and we expect this matter to be on the November ballot.

The current council has 10 members — eight are African American, including the mayor. The mayor and several African-American council members have voiced concerns about the proposed change. It is rumored heavily in the Black community that racism is behind the call for change since eight out of 10 present members of the council are African American. Vote Yes supporters, including two former mayors, two former mayors pro tem, and two past Fayetteville City Council members, deny the race allegation. The Vote Yes initiative began the signature collection process a year ago.

Is the proposed change about race? Thus far, the allegations appear unfounded. I know players on both sides of the issue, and I believe this is more about trust than race.

I fully understand some members of the Black community holding the white community as suspect, but declaring unfounded fears as racial motivation is unfair to both sides of the process. Again, democracy ought to give power to the people and provide an opportunity for an equal voice.

Pause the racially-charged rhetoric and let the people decide at the polls. Indeed, the ability to raise enough money to run at large is not racial. It’s economics.