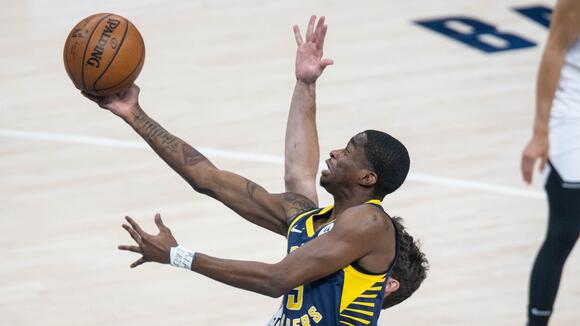 Edmond Sumner, once a potential piece to propel the Indiana Pacers forward, is part of the migration to Brooklyn.

The 26-year-old wing is rejoining to the Nets, according to ESPN's Adrian Wojnarowski.

That comes on the heels of a report that former Pacer T.J. Warren is also headed to Brooklyn, which appears to be preparing for a future without Kevin Durant, who has asked for a trade.

Filling the roster:Here's who the Pacers should consider in free agency

The Pacers (via Washington and New Orleans) drafted Sumner in 2017. He appeared in 108 games over four seasons, though injuries often hindered his progress.

Indiana traded Sumner to the Nets shortly before the 2021-22 season, but Brooklyn soon waived him, and he did not play in the NBA last season.

It appears Shaquille Leonard is making his season debut. On Sunday morning, the Indianapolis Colts All-Pro linebacker posted on Instagram: "Bout time to punch that clock". Leonard, who had...
INDIANAPOLIS, IN・9 HOURS AGO
IndyStar | The Indianapolis Star

Indianapolis Colts linebacker Shaquille Leonard was taken to the locker room Sunday after being inadvertently hit by teammate Zaire Franklin in the second quarter. He was ruled out with a concussion. The Tennessee Titans scored on the play, taking a 24-3 lead. Leonard, in his fifth year, made his season debut Sunday after missing...
INDIANAPOLIS, IN・6 HOURS AGO