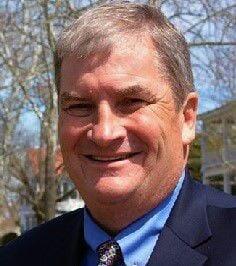 EDENTON — The chairman of the Chowan County Board of Commissioners has issued an ultimatum to the Edenton-Chowan Board of Education: establish a new discipline policy or face a potential reduction in local funding for schools.

Commissioner Bob Kirby issued the ultimatum on June 20 in response to the school board’s recent decision to reverse a school disciplinary decision and came as commissioners were wrapping up final action on the county’s fiscal year budget for 2022-23.

While Kirby ended up voting for the county budget that included a funding increase for the Edenton-Chowan Schools, he warned the school board that by the next budget cycle, it should have a policy in place to address similar disciplinary incidents.

“Please let this be a message to the Edenton-Chowan school board,” Kirby said. “Your actions in this matter showed disrespect for the rule of law and have, in my opinion, set a precedent for future students who might consider similar actions in assaulting Chowan County employees and sworn peace officers.”

Kirby’s ultimatum to the Board of Education stems from a May 11 incident at the high school.

According to a statement he read at the June 20 commissioners meeting, Kirby said a fight broke out among several students in a school hallway on May 11. As School Resource Officer Alan Stulick was attempting to break up the fight, an 18-year-old senior grabbed the deputy’s legs, causing him to fall to the floor.

The student was later arrested by Stulick and charged with assault on a government official and resisting, delaying and obstructing a public officer. The first charge is a Class A1 misdemeanor; the second is a Class 2 misdemeanor. A court date was set for Tuesday, June 28.

A redacted warrant, obtained from the Chowan Sheriff’s Office, states that the student “interfered with the officer and refused to calm down and back away from the area, after being told to do so multiple times by the officer.”

“My understanding is that the student was also suspended from school and that his school privileges were thereby revoked,” Kirby said. “I was surprised to learn on June 9, the day before graduation, the school board had met and determined that this student would be permitted to participate in the graduation exercises on June 10.”

Kirby said he reached out to both Edenton-Chowan Schools Superintendent Michael Sasscer and Chowan Sheriff Scooter Basnight “to attempt to grasp the actions taken” in the incident.

“It was explained to me that the high school administration had indeed suspended the student and while he would receive his diploma, they would not allow him to participate in the graduation exercises,” Kirby said. “It was explained that the student and his mother filed an appeal to the superintendent and that Dr. Sasscer upheld the decision of the Holmes administration.”

Following school administrators’ decision, however, the student and their family filed an appeal with the school board. And during a closed-door meeting on June 7, the board ultimately voted to allow the student to participate in the graduation ceremony.

“I called school board Chairman Gene Jordan and he explained that because of privacy issues centered around North Carolina law, he needed to be very discreet about the particulars involved,” Kirby said. “But he did confirm that the school board met and voted to allow the student to participate in graduation.”

Kirby said Jordan expressed the belief that the school board’s policy regarding such incidents contained “some flaws.”

Originally, Kirby said he asked Chowan County Manager Kevin Howard and Finance Officer Cathy Smith to determine what “leeway” commissioners had to withhold budgeted funds from the school district. Kirby wanted the funds withheld until the school board publicly distributed a policy stating “some sort of swift and sure school-based punishment” for students who attack teachers, staff or uniformed deputy sheriffs.

However, Howard and Smith consulted with the UNC School of Government and reported back that such action by the Board of Commissioners was “not allowable.”

“With that understanding, I was fully prepared to propose that we modify Section 18 of the (2022-23) budget, which we are approving this evening, to cut the current expense appropriation for ECPS from $3,786,322 to $3,500,000, which is the amount budgeted last year,” Kirby said.

After some reflection, though, Kirby said he changed his mind.

“I realized that such a cut would tie the hands of ECPS administration and cause them to eliminate important programs and ultimately be a detriment to the students,” he said.

“District and school leaders use these summer months to make revisions to policies and practices that will improve the experience and safety of our teachers and students,” Sasscer said. “Revisions may be brought before the Board of Education during their July or August meeting.”

Kirby said he has asked Basnight to review any policy developed by the school board. He said until the sheriff is satisfied with the policy, he will vote for only the minimal amount of local funding for the school district.