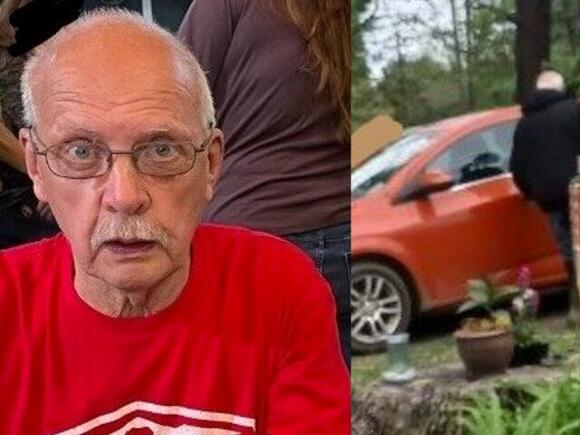 ORANGE COUNTY, Va. -- Authorities said a missing 73-year-old man with dementia that triggered a Critically Missing Adult Alert in Virginia has been located.

Deputies said that in addition to dementia, Williams has a head injury and other medical conditions that require medication.

Officials said he may have been headed to Pennsylvania in an orange Chevy Sonic sedan.

"His his appearance poses a credible threat to his health and safety as determined by the investigating agency," officials with Virginia State Police said.

Deputies posted on Facebook just after 7:30 p.m. Saturday that Williams had been found safe.

"Thank you to everyone who shared this post and who were vigilant in helping look for him," deputies wrote.

The case tested the constitutionality of broad search warrants that use Google location history to identify people who were near the scene of a crime.
RICHMOND, VA・7 HOURS AGO
WTVR CBS 6

On Wednesday, Hanover County Animal Control discovered more than 23 dead livestock and numerous dead chickens at a property in the 6600 block of Mattawan Trail in Mechanicsville.
MECHANICSVILLE, VA・21 HOURS AGO
WTVR CBS 6

More than 20 dead animals were found Tuesday during an investigation into alleged cruelty at a property in Hanover County, according to authorities.
HANOVER COUNTY, VA・1 DAY AGO

"This is something that could have affected every single person in this neighborhood. Even if you were wrong, admit you're wrong, because upset and scared a lot of people."
RICHMOND, VA・1 DAY AGO
WTVR CBS 6

Four people were injured in a shooting near the Carolina Express in Richmond's Northside Monday night. Richmond Police were called to the 3100 block of Meadowbridge Road to investigate.
RICHMOND, VA・2 DAYS AGO
WTVR CBS 6

5 people attempt to steal vehicles from CarMax lot in Midlothian

The man accused of violently beating a GRTC bus driver on October 11 is now a suspect in the shooting death of a 23-year-old passenger on another GRTC bus a month later.
RICHMOND, VA・2 DAYS AGO
WTVR CBS 6

The Problem Solvers asked every Richmond councilperson if they agreed with Chief Smith's decision to close the discussion and if they still had faith in their chief.
RICHMOND, VA・1 DAY AGO
WTVR CBS 6

This marked the second time Rolman Balcarcel-Bavagas and Julio Alvarado-Dubon appeared in a federal courtroom since the state dropped charges against them last week.
RICHMOND, VA・2 DAYS AGO
WTVR CBS 6

Over 21,000 Virginians have died from COVID. She plans to memorialize them.

Dr. Arlene Simmons said the idea will be to have memorial walls and gardens throughout the property with names of those who have died.
GOOCHLAND COUNTY, VA・2 HOURS AGO

Video of gustnado in Midlothian is 'impressive sight'

"The gustnado is not something that you hear very often around here. These are associated with gust fronts. So it's kind of combination of the words gust and tornado."
RICHMOND, VA・4 HOURS AGO
WTVR CBS 6

A real estate firm out of Utah has added to its Richmond area holdings with the purchase of a newly built apartment complex in Chesterfield’s Moseley area.
RICHMOND, VA・10 HOURS AGO
WTVR CBS 6

In hopes to curb violence, these Richmonders are trying to help those impacted

Guns are the leading cause of death for children and teens in the United States. According to the City of Richmond, gun violence has an even bigger impact on young people.
RICHMOND, VA・1 DAY AGO
WTVR CBS 6

Officers have released the name of the man killed in a double shooting at an apartment complex on Richmond's Southside early Saturday morning.
RICHMOND, VA・5 DAYS AGO
WTVR CBS 6

Some Richmond women are reclaiming their health one step at a time to fight a problem plaguing the African American community.
RICHMOND, VA・2 HOURS AGO
WTVR CBS 6

Police have arrested a suspect and identified the woman killed in a double shooting along a busy road on Richmond's Southside Thursday afternoon.
5 DAYS AGO
WTVR CBS 6