Get the latest breaking news, sports, entertainment and obituaries in Portsmouth, NH from Seacoastonline.com. 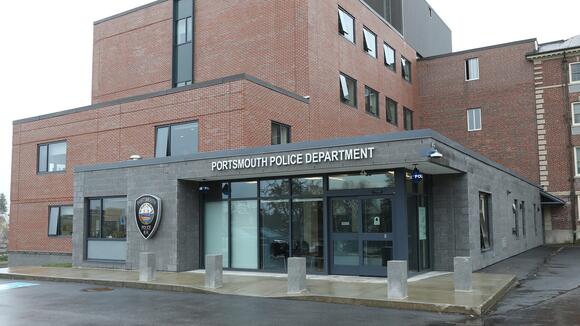 PORTSMOUTH — City residents were shocked to find flyers purported to be from a neo-Nazi group on their lawns Saturday morning.

They were recruitment messages, and two residents who identifed themselves as Jewish raised concern the intended purpose may have been targeted antisemitic intimidation tactics.

"There were at least 40 of them on my property," said Kelly Weinstein, a Portsmouth resident. "My phone has been blowing up all day."

The flyers are labeled as being from a New England group associated with the Nationalist Social Club. According to the Anti-Defamation League, the group's members "see themselves as soldiers at war with a hostile, Jewish-controlled system that is deliberately plotting the extinction of the white race."

Members of the same group targeted the Seacoast Repertory Theatre of Portsmouth over its drag queen story hour last year. That incident led to a surge in donations and community support for the theater, which continued its shows.

Portsmouth police Sgt. Nick Small said the department had received calls all morning about the flyers, which were left in various areas of the city.

"I understand they are unnerving people, but right now we are just telling people to throw them away," Small said, noting police are not aware of any crime related to the incidents.

Unnerving is the word Weinstein used, too.

"I fear these groups are upping the ante," she said. "I would like to think they are just trying to recruit members, but part of me thinks this is not a random distribution."

Weinstein noted a neighbor, Jay Lieberman, had flyers left on his lawn, too, on a different city street.

"It was done early, before anyone was awake," Lieberman said. "I think that's a cowardly act."

Lieberman noted it could be the action of one person or a larger, organized group. "The way the world is today, you just do not know."

Weinstein said she hopes someone with video surveillance at their home may have caught images of a person or a license plate.

"I am not sure what would come of it," he said. "But we would talk with them and take a look at it."

here we go.. this is what the goverment started.. I called it.. this is what happens when you let people fly flags for there own beliefs.. flying pride flags and painting crosswalks..

Get the latest breaking news, sports, entertainment and obituaries in Portsmouth, NH from Seacoastonline.com.