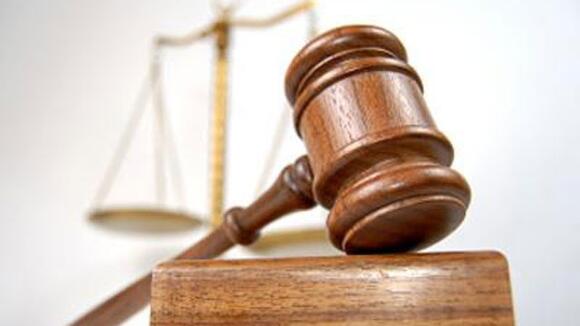 Investigators say Fisher assisted her son in laundering proceeds from drugs to expand the drug operation and fund his travel. The sales involved hundreds of pounds of marijuana.

The laundering allowed the couple to expand operations within the Decatur area through the maintenance of several storage areas for marijuana. While investigating, law enforcement agents also discovered that Johnson had multiple pounds of cocaine that he intended to sell as well.

Authorities seized several items connected with laundering operations, including four vehicles, $27,000 in United States currency, gold and diamond jewelry, and several wristwatches. Federal investigators did not specify the timeline of the laundering, but say a grand jury returned a second superseding indictment against Fisher and Johnson in March 2020.

OMAHA (AP) — A Nebraska woman has been charged with helping her teenage daughter end her pregnancy at about 24 weeks after investigators uncovered Facebook messages in which the two discussed using medication to induce an abortion and plans to burn the fetus afterward. The prosecutor handling the case said it’s the first time he […]
NEBRASKA STATE・20 HOURS AGO
MyStateline.com WTVO WQRF

A Utah teacher carries a gun in his classroom in the event of a mass shooting. He joined NewsNation's "Rush Hour" to explain his choice.
UTAH STATE・2 HOURS AGO
MyStateline.com WTVO WQRF

State police in Shaftsbury, Vermont report the arrest of Ezra Miller, 29, of Stamford, Vermont for burglary.
STAMFORD, VT・1 DAY AGO

SPRINGFIELD, Ill. (WCIA) – The state treasurer is celebrating breaking records on their unclaimed property program.  Treasurer Mike Frerichs announced Monday his office handed out a record $280 million in unclaimed property for FY2022. That money came from over 362,352 claims, also a record for the program. Frerichs attributes the record to using technology more […]
ILLINOIS STATE・2 DAYS AGO
MyStateline.com WTVO WQRF

SPRINGFIELD, IL (NEXSTAR) — U.S. Senator Dick Durbin said Tuesday he “feels certain” that the FBI had all the information they needed to raid former President Trump’s Mar-a-Lago residence. “I was stunned by the disclosure that the FBI had raided former President Trump’s residence,” Durbin (D-Illinois) said in Springfield Tuesday. “I feel certain not knowing […]
SPRINGFIELD, IL・1 DAY AGO
MyStateline.com WTVO WQRF

A Minnesota jury ruled Friday that a pharmacist who refused to fill a prescription for a morning-after pill because of his "beliefs" did not violate a woman's civil rights under state law but inflicted emotional harm and awarded her $25,000 in damages. Andrea Anderson, who filed the civil lawsuit against...
MINNESOTA STATE・5 DAYS AGO
MyStateline.com WTVO WQRF

Five takeaways from primaries in Wisconsin, Minnesota and beyond

Tuesday's primaries in Wisconsin, Minnesota, Vermont and Connecticut saw victories for Trump-endorsed candidates in the GOP, wins for progressives on the Democratic side of the aisle, and a few history-making moments as well.
WISCONSIN STATE・10 HOURS AGO
MyStateline.com WTVO WQRF

(The Hill) – The FBI’s search of former President Trump’s estate in Florida is a political thunderbolt that on Tuesday had a number of Republicans thinking it could boost his standing in a future presidential race.   Trump seized on the raid to rally his supporters, while Republicans across the political spectrum offered support for […]
FLORIDA STATE・4 HOURS AGO
MyStateline.com WTVO WQRF

Why only one US state celebrates Victory Day

One state commemorates the end of World War II the second Monday of August.
POLITICS・1 DAY AGO

Key races to watch in Wisconsin, Minnesota and Vermont primaries

Voters in Wisconsin are set to pick the candidates on Tuesday for their marquee statewide races of the 2022 midterm elections, while Minnesota voters are set to choose a replacement for the late Rep. Jim Hagedorn (R-Minn.).
WISCONSIN STATE・1 DAY AGO
MyStateline.com WTVO WQRF

What does it actually mean to ‘take the Fifth’?

Former President Donald Trump showed up Wednesday for questioning under oath in New York's civil investigation into his business practices. But he quickly made clear he wouldn't be answering.
POTUS・5 HOURS AGO
MyStateline.com WTVO WQRF

SPRINGFIELD, Ill. (WMBD) — The iconic Giant Slide will reopen its gates Thursday as the 2022 Illinois State Fair begins, but this year, it’s a part of something new. Visitors are invited to “Slide Down Route 66” now that the highway’s logo has been added to the Giant Slide. It’s a part of the growing […]
SPRINGFIELD, IL・2 DAYS AGO
MyStateline.com WTVO WQRF

Some Democrats say that if President Joe Biden runs for reelection, he needs to actively target Florida Gov. Ron DeSantis and stop boxing himself into a Trump race.
FLORIDA STATE・2 DAYS AGO