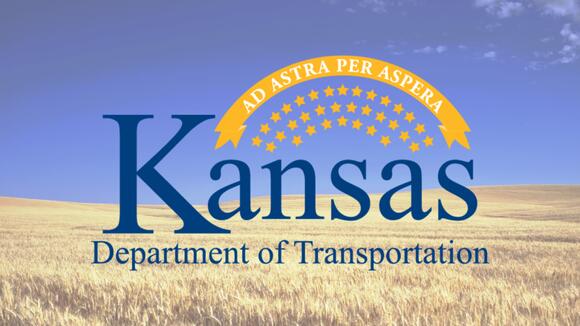 TOPEKA, ( KSNT )— Kansas transportation officials are taking a closer look at hundreds of bridges across the state.

This comes just weeks after a state bridge inspector stepped down , following the collapse of a more than 60-foot stretch of concrete barrier from the Polk Quincy Viaduct in Topeka. The inspector failed to report warning signs. Kansas Department of Transportation (KDOT) officials told Kansas Capitol Bureau that 282 bridges with similar rail details to Polk-Quincy are being inspected.

“We had one crew start, I believe it was last week, they’ve inspected about 35 of those so far,” KDOT Deputy Secretary Burt Morey said. “They’ll bring in two more crews next week.”

Two dead, one injured in shooting in south Wichita

A spokesman for KDOT said the department contracted with an engineering consultant (HNTB) to inspect the bridges. The inspection will focus on the condition of the rails. Morey told reporters that they haven’t found anything “alarming” so far, and that the inspections are expected to wrap up by late July. He said they’re also expecting to have the majority of the barrier wall on Polk-Quincy removed around that time.

Workers are in the process of replacing more than 2200 feet of the decades-old bridge.

The construction project has caused several road closures. Morey said that the department will carry out the wall replacement in a way that allows Kansas Avenue to be reopened first, then Jackson, then Van Buren, then sections of S.W. 2nd Street. In the meantime, the department is focusing on getting the bridge replaced.

“Safety’s our top priority and we want to make sure this gets done properly,” said KDOT Secretary Julie Lorenz.

Kansas law enforcement to crack down on drunk driving

WICHITA, Kan. (KSNW) — Police departments across the state of Kansas are joining together as a part of the “You Drink. You Drive. You Lose.” campaign, to remove impaired drivers from roads. According to a news release, one person is killed in a drunk-driving crash every 52 minutes in the United States. The campaign hopes […]
KANSAS STATE・1 DAY AGO
KSN News

Most Kansas homes selling for over list price, study says

WICHITA, Kan. (KSNW) — A new study that showed states where homes are selling for less than list price shows Kansas homes are selling above list price. The study is done by RubyHome, and analyzed historical Zillow data from the previous 12 months that sold at a different amount than the list price. Kansas came […]
KANSAS STATE・1 DAY AGO
KSN News

TOPEKA, Kan. (KSNT) — Kansas gaming regulators are moving forward with sports betting plans. Still, an official start date for wagering in Kansas is “unknown,” according to Lottery officials. The Kansas Racing and Gaming Commission (KRGC) approved a set of temporary regulations on Friday, with the intent of setting permanent regulations later on. During the […]
KANSAS STATE・2 DAYS AGO

WICHITA, Kan. (KSNW) – Many kids across Kansas will attend their first day of school on Monday, Aug. 15. USD 259 held a back-to-school vaccination event for students and their families. The goal for USD 259 is to get as many kids and their families vaccinated, especially before the start of the new school year. […]
KANSAS STATE・22 HOURS AGO
KSN News

KANSAS (KSNT) – A recount is underway for a constitutional amendment that failed earlier in August. According to Whitney Tempel, director of communications and policy with the Kansas Secretary of State, a private citizen named Melissa “Missy” Leavitt has posted a $220,000 bond for a hand recount of the constitutional amendment on abortion. The deadline […]
KANSAS STATE・2 DAYS AGO
KSN News

Over 13,000 pounds of frozen meat pizza are being recalled due to the possibility of metal pieces in the food, according to the U.S. Department of Agriculture's Food Safety and Inspection Service.
ILLINOIS STATE・3 HOURS AGO

How to help: Kentucky flood victims plea for assistance after claims rejected

The spotted lanternfly may be a stunning sight for some, but for others, it's a cause for concern.
PENNSYLVANIA STATE・2 DAYS AGO
KSN News

These cities have the fastest-growing housing prices, according to Redfin

Most of the cities on the list are located in just one state, too.
DETROIT, MI・1 DAY AGO

In Utah, no child support, no hunting or fishing

Utah is seeing a surge in child support payments over the past year, a change that state officials credit in part to a new state law that prohibits hunting and fishing licenses to people who fall significantly behind on payments.
UTAH STATE・20 HOURS AGO
KSN News

With every degree that the Earth gets warmer, the likelihood for a “megastorm” increases, too, the study found.
CALIFORNIA STATE・2 DAYS AGO
KSN News

Personal finance site WalletHub weighed all 50 states and the District of Columbia to find the best – and worst – states to give birth and raise a young child.
VERMONT STATE・2 DAYS AGO
KSN News

A 22-year-old Lawrence, Kansas man was found guilty of rape Friday by a jury.
LAWRENCE, KS・2 DAYS AGO
KSN News

Upstate New York wineries and crops are at risk from the Spotted Lanternfly, which has now reached an infestation level, US Senator Chuck Schumer said on Sunday.
HEALTH・18 HOURS AGO
KSN News

Democrats are holding an edge over Republicans on a generic ballot for the state legislature in three battleground states, according to a new poll. The poll, commissioned by the Democratic Legislative Campaign Committee (DLCC) and conducted by the left-leaning Public Policy Polling (PPP) that was shared exclusively with The Hill, shows that Democrats have an […]
MICHIGAN STATE・2 DAYS AGO
KSN News

The cereal — Kelce’s Krunch — will be available in select Hy-Vee stores throughout the Kansas City area and only for a limited time.
KANSAS CITY, MO・2 DAYS AGO