Opinion/Ng: People of Rhode Island, a 9-year-old in Virginia thanks you for your help

To the good people of Rhode Island, third-grader Meera Chand says, "Thank you."

In March, The Providence Journal published Meera's letter to the editor asking for help with a school project that aimed to explore what is unique about every state in the union. Each student in Meera's class at the Langley School in McLean, Virginia, was assigned to write to a newspaper in one of the 50 states with the hope that each news organization would connect them with their readers.

Students were assigned states by random drawing. Meera, 9, picked the card that said Rhode Island out of a bag. Her teacher said the reaction from Meera, who is petite,   was poetic in its perfection. 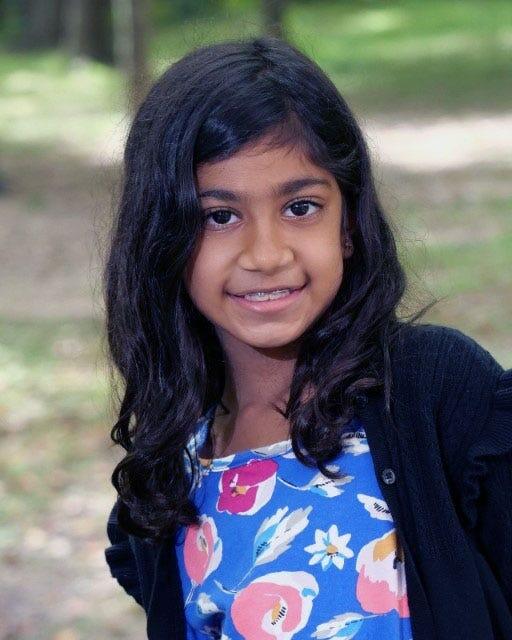 It turns out that the outpouring from our state was overwhelming. Meera learned that the country's smallest state had the biggest heart. She wrote, saying she had received more than 170 letters, notes and packages from Rhode Islanders, the most of any of her approximately 50 classmates.

I heard from Meera's mother last week. In this COVID era, with a war in Ukraine and our nation facing a great in-your-face divide, her email gave me much-needed relief.

"Rhode Islanders really give meaning to 'hope' for our country and the generosity of fellow Americans," wrote her mom, Monisha Kapila. "Thank you for sharing your state with us." 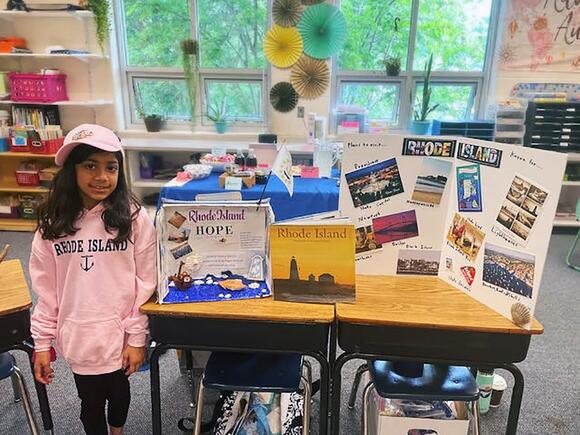 Opinion/Ng: Who founded Father's Day? It was a daughter who wanted to honor her dad

We're adjusting to a life with COVID, the war is being prolonged and our national rift only seems to be growing. But sometimes a tiny candle, lit by a 9-year-old's smile, may shed light in that part of our hearts that needs it most.

Here is Meera's letter. It was addressed to me, but it really is for all of Rhode Island.

Thank you so much for sharing my letter to the people of Rhode Island in The Providence Journal. I was excited that you wrote about it in the newspaper and even more excited by the response.

I received 170 letters and packages from Rhode Islanders sharing about their state! This was a record for all the states in my class.

I have learned so much about Rhode Island from the information people have shared with me. Some of my favorites were letters from other 3rd graders also doing state projects, retirees, former teachers, artists, business owners and more. I really appreciate all the special souvenirs people sent me — sand, shells, maps, photos, books, T shirts, clam chowder, plus lots of coffee syrup and Del’s Lemonade.

Last month we held our big “State Fair” where each student displayed the information and items we received. I was so proud to showcase the wonderful and unique aspects of Rhode Island. I served Del’s Lemonade and it was very popular.

The people of Rhode Island have inspired us to plan a trip to the state in August. I can’t wait to see these sites in person. Thank you for supporting my project. It means a lot to me and has been so much fun! 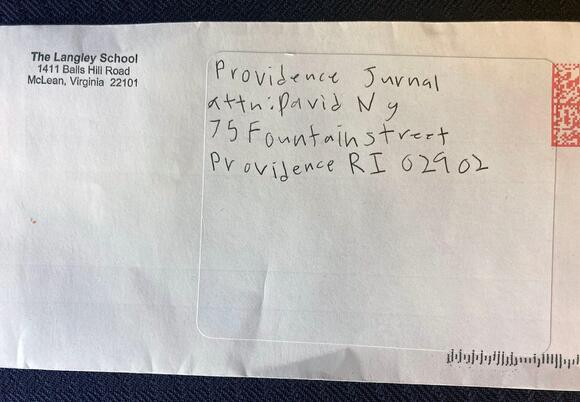 I thank you as well

Beyond Meera and her family, I also personally want to thank you, our Providence Journal readers. It matters more than you know. I was stopped in a Sip 'N Dip Donuts in Bristol by a teacher out on her Sunday run who said she had every member of her class write a letter to Meera. Providence Journal readers regularly write me and ask, "How's Meera?" We are strangers separated by 400 miles who find a bond in a young girl's story.

I'd like to think that The Providence Journal not only informs, but we inspire.

The outpouring from Rhode Island toward Meera reminds me of another newspaper story that, to this day, inspires us all. A girl, 8 years old, wrote to the editor of New York newspaper The Sun in 1897. Her name was Virginia O'Hanlon. Name sound familiar? You may better know her as the child who inspired the editorial best known by its headline, "Yes, Virginia, there is a Santa Claus."

David Ng is executive editor of The Providence Journal. Email him at dng@providencejournal.com .

This article originally appeared on The Providence Journal: Opinion/Ng: People of Rhode Island, a 9-year-old in Virginia thanks you for your help