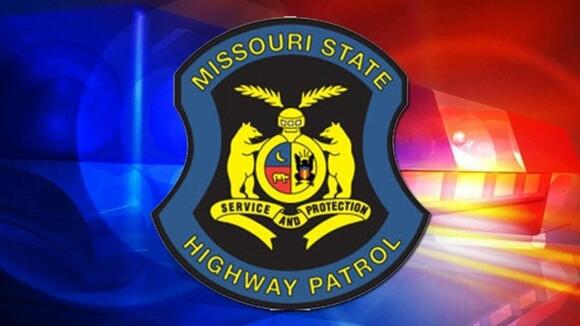 The Missouri State Highway patrol's annual Fourth of July Counting period starts on Friday at 6 p.m. and will run until 11:59 p.m. on the Fourth of July.

The counting period is a way for the departments to track traffic trends on the busy holiday weekend.

"So it gives us an idea of how many thing are going on around a certain troop or around the state in general," said Missouri State Highway Patrol's Corporal Kyle Green.

Green said that reckless driving is one of the leading causes of crashes and injuries during the counting period.

"Well, some of the hazardous moving violations are the ones that lead to crashes. so speeding is always right up at the top. People are just going entirely too fast following too closely would be another one. Unsafe lane changes would probably be the third," said Green.

Distracted driving is another issue Green sees on the roads and advises drivers to put their phone down while they are heading to their destination.

Green says that data help them look for ways to reach its goal of zero fatalities.

"So it gives us an idea of how many things are going on around a certain troop or around the state in general, and like I said ultimately, we're trying to get that number of fatalities down to zero," said Green.

The Missouri State Highway Patrol monitors the local water way's as well, including the Lake of the Ozarks.

Green said, "On the waterways, there again, you've got people who are operating their vessels while intoxicated, or they're being unsafe in general with the operation of the, of the vessel." Green advises anybody heading to the lake this weekend to plan ahead for both traffic and on the water and to wear a life vest.

In a news release MSHP says, "No matter how you decide to spend the long weekend, your smartest choice is to follow all Missouri traffic and boating laws."

MSHP asks anybody who is in need of assistance, or who witnesses any criminal activity while traveling waterways and roadways in Missouri to contact the Highway Patrol's Emergency Report line at 1-800-525-5555 or *55.

CAMDEN COUNTY, Mo. (KMIZ) A Sunrise Beach toddler was flown to a hospital Wednesday night following a near drowning at the Lake of the Ozarks. The Missouri State Highway Patrol responded to a home on Tara Vista Road near the 26.7 mile marker of the Osage Arm around 8:10 p.m. Troopers said the 2-year-old boy The post Toddler flown to hospital after near drowning at Lake of the Ozarks appeared first on ABC17NEWS.
SUNRISE BEACH, MO・11 HOURS AGO
KMIZ ABC 17 News

CAMDEN COUNTY, Mo. (KMIZ) A Kansas City man was hurt late Monday night in a single-vehicle rollover crash at the Lake of the Ozarks. The crash happened on Bumper Hill Road near Route D in Camden County around 11:20 p.m., according to the Missouri State Highway Patrol. Troopers said 41-year-old Gregory W. Hepner was thrown The post Kansas City man hurt in rollover crash at Lake of the Ozarks appeared first on ABC17NEWS.
CAMDEN COUNTY, MO・2 DAYS AGO
KMIZ ABC 17 News

Even in metropolitan areas, such as Columbia, access is not always reliable. The post More than 1 million Missourians lack internet but the issue in Columbia is reliability appeared first on ABC17NEWS.
COLUMBIA, MO・5 HOURS AGO

COLUMBIA, Mo. (KMIZ) Authorities arrested a Centralia man Wednesday for his suspected role in the Jan. 6 Capitol breach. Prosecutors charged Jerod Bargar for bringing a gun into the District of Columbia with out a permit and on restricted grounds at the U.S Capitol. Bargar claimed he did not know that it was illegal to The post A look at state, federal gun laws after mid-Missouri man charged in Washington, D.C. appeared first on ABC17NEWS.
MISSOURI STATE・6 DAYS AGO
KMIZ ABC 17 News

Governor Parson is set to address the first meeting of Missouri's Drought Assessment Committee Thursday at 10:00 a.m., at the Lewis and Clark State Office Building. The post Gov. Parson to address drought conditions in Missouri at committee meeting Thursday appeared first on ABC17NEWS.
7 DAYS AGO

QUESTION OF THE DAY: Should nonviolent marijuana offenses be removed from records?

The Missouri Secretary of State's Office said Tuesday that a constitutional amendment that would legalize recreational marijuana has enough valid signatures to make the November ballot. In addition to legalization for people 21 and older, the amendment would also expunge many criminal convictions related to marijuana. Should nonviolent marijuana offenses be removed from criminal records? The post QUESTION OF THE DAY: Should nonviolent marijuana offenses be removed from records? appeared first on ABC17NEWS.
MISSOURI STATE・1 DAY AGO
KMIZ ABC 17 News

School is right around the corner which means many families will be looking for deals as rising inflation continues to hit people's pockets. The post Mid-Missouri organizations help with school supplies as inflation stretches household budgets appeared first on ABC17NEWS.
MISSOURI STATE・6 DAYS AGO
KMIZ ABC 17 News

How the Kansas abortion vote could impact Missouri

A victory was declared in Kansas Tuesday night, for reproductive rights and pro-choice voters after voters declared abortion will remain in the Kansas Constitution. The post How the Kansas abortion vote could impact Missouri appeared first on ABC17NEWS.
MISSOURI STATE・8 DAYS AGO

QUESTION OF THE DAY: Does the tax holiday save you significant money?

Missouri had its annual back-to-school sales tax holiday over the weekend. The post QUESTION OF THE DAY: Does the tax holiday save you significant money? appeared first on ABC17NEWS.
MISSOURI STATE・3 DAYS AGO
KMIZ ABC 17 News

QUESTION OF THE DAY: Can a Democrat win statewide in deep-red Missouri?

Trudy Busch Valentine says she can win Missouri's open U.S. Senate seat as a Democrat. The post QUESTION OF THE DAY: Can a Democrat win statewide in deep-red Missouri? appeared first on ABC17NEWS.
MISSOURI STATE・7 DAYS AGO
KMIZ ABC 17 News

QUESTION OF THE DAY: Do you support a minimum tax on businesses that make $1 billion?