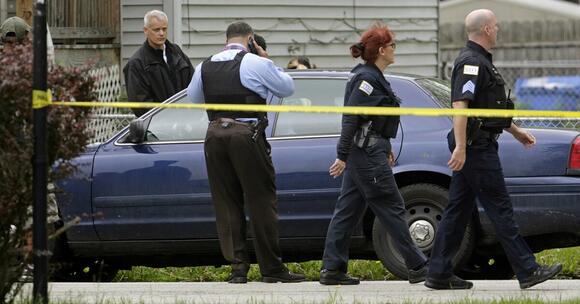 A woman in Maine was stabbed 484 times during a robbery at her home for her drugs and money.

Kimberly Neptune, a 43-year-old member of the Passamaquoddy Tribe, was living in tribal housing in Perry when Donnell Dana, 39, and Kailee Brackett, 38, entered her apartment with the intention to rob her, according to a police affidavit.

Neptune was stabbed in her head, neck, legs, and stomach in April, but the affidavit was released Wednesday.

Police reported that witnesses said Dana and Brackett intended to steal 300 Xanax pills from the home. Brackett and Neptune were reportedly "seeing each other," while Brackett shares an 8-year-old son with Dana. Neptune objected to Dana's presence in her home, which led to a physical altercation between Neptune and Dana, allowing Brackett to steal jewelry, money, and drugs.

"Kim put up a good fight," Brackett told a witness according to police. Then, in "a fight that got out of control" according to Dana, both he and Brackett stabbed Neptune to death. Her brother would later find her in her apartment wrapped in a blanket.

The two were indicted on murder charges in May and continue to be held at Washington County jail without bail.

Neptune was the sixth homicide in the county since November 2021.

something is wrong with this story,. this was not a murder for robbery and drugs,. this murder was a crime of passion,. to be stabbed that many times over drugs doesn't sound right