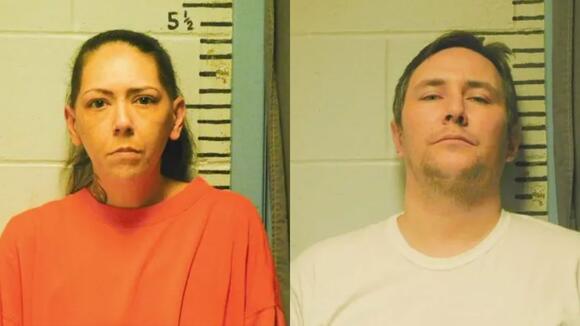 WASHINGTON COUNTY, Maine (TCD) -- A newly released affidavit is shedding light on the death of a woman who was allegedly killed during a drug robbery by someone she knew.

According to Maine State Police, on April 21 at 8:11 p.m., one of Kimberly Neptune’s relatives called Pleasant Point Police to check on her because they had not heard from her. When officers arrived at her apartment on Thunder Road, they found Neptune deceased and called the circumstances surrounding her death "suspicious."

The Office of the Chief Medical Examiner later ruled Neptune’s death a homicide. Surveillance footage reportedly showed a man and a woman leaving Neptune’s residence and asked the public for help in identifying them.

About a week after Neptune’s death, on April 29, Maine State Police arrested 38-year-old Donnell Dana and 38-year-old Kailie Brackett, according to WMTW-TV. The two were apprehended during a traffic stop and taken into custody on a murder charge.

According to the affidavit cited by the Bangor Daily News, Brackett and Dana allegedly went to Neptune’s home to steal cash and 300 Xanax pills. Dana reportedly lived with Neptune at one point, but said they were not in a relationship.

The medical examiner determined Neptune had been stabbed 484 times in her legs, neck, head, and stomach. She was reportedly wrapped in a blanket and discovered by her brother, who went to check on her.

The Portland Press Herald, which also cites the affidavit, alleges Brackett accused Neptune of stealing from her, and Brackett said she "would regret it."

Brackett and Dana are both being held in the Washington County Jail without bail.