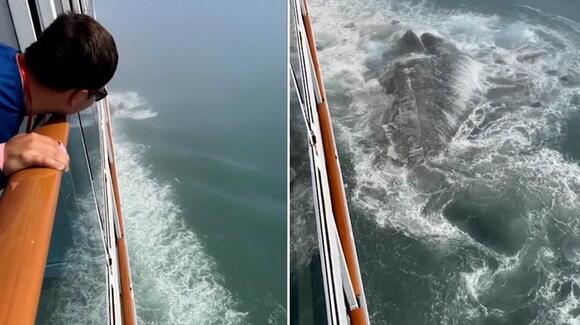 A cruise ship has been docked in Seattle for repairs after passengers recorded the ship hitting an iceberg off the Alaskan coast.

The Norwegian Sun arrived in Washington state on Thursday after hitting part of an iceberg on Saturday close to the Hubbard Glacier in southern Alaska .

The ship then returned to the state capital of Juneau, where it was inspected and cleared to travel to Seattle at lower speeds.

A family from Nevada, who was on board at the time of impact, told the Associated Press that the collision sounded like a loud door slam.

Benjamin Talbott was on the ship with his family when his brother Anthony Romo saw something in the water and told Mr Talbott to get his phone out, says the AP’s report.

Mr Talbott then recorded the incident as the ship made contact with a large part of the iceberg.

“Then all sudden, boom, the whole ship shakes. And I’m like, ‘Well, what’s going on?’ And then I had to start recording and I looked at the front of the ship and all I see is this ... iceberg just turning over and coming down. And I was like, ‘Oh my God, we hit an iceberg,’” Mr Talbot recalled. 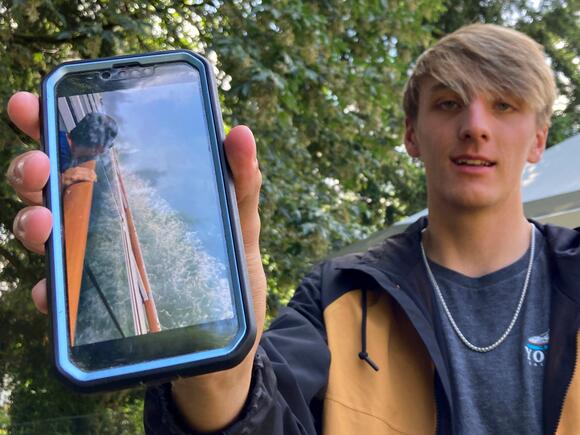 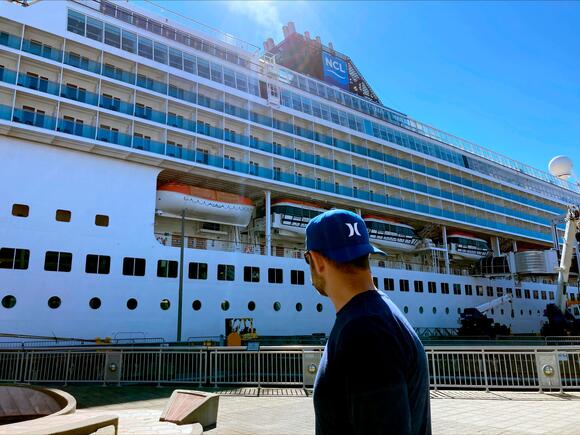 “We hit a big ole’ one,” a voice can be heard saying in the footage.

According to KTVU, he wasn’t “freaking out” but was instead impressed at the size of the iceberg.

He went on to praise the staff members onboard, whom called professional and comforting throughout the ordeal.