Get the latest breaking news, sports, entertainment and obituaries in Galesburg, IL from Galesburg Register Mail.

Oklahoma will resume executions on Aug. 25 and carry out lethal injections in stages through the end of 2024 under a schedule made public Friday morning.

The Oklahoma Court of Criminal Appeals set 25 execution dates for convicted murderers who have exhausted appeals of their convictions and sentences.

Among the 25 are Galesburg native Richard Glossip, who is set for execution on Sept. 22. Glossip is twice-convicted for the 1997 beating death of his boss, Oklahoma City motel owner Barry Van Treese. He is 59. A motel maintenance man confessed, saying Glossip offered to pay him $10,000 to do it to keep from being fired.

More: Why this Oklahoma death row inmate from Galesburg should be freed, according to supporters

Glossip was born in Galesburg, where relatives still reside. He was born in Cottage Hospital in 1963 to Heron and Sally Glossip. By the time he moved out at the age of 14, Richard was one of 16 siblings in the Glossip home.

Glossip was within an hour of being executed in 2015 when a doctor realized the wrong drug had been delivered.

His innocence claim has drawn widespread support, notably from actress Susan Sarandon who won an Academy Award in 1996 for her portrayal of death penalty opponent Sister Helen Prejean in "Dead Man Walking."

He also has found support at the state Legislature. State Rep. Kevin McDugle, R-Broken Arrow, said June 15 that a new "independent investigation confirmed, in my mind, that we do have an innocent man on death row.”

Oklahoma Attorney General John O'Connor asked for the dates after 28 inmates lost their federal lawsuit challenging the lethal injection protocol. Two of those inmates have not exhausted their appeals and a third may be too mentally impaired to be executed.

Another 15 also still have appeals pending.

Executions are carried out at the Oklahoma State Penitentiary in McAlester on Thursdays. Two inmates were put to death there last year and two more this year.

After the first execution phase was set Friday, the attorney general said the family members of murder victims have waited decades for justice.

"They are courageous and inspiring in their continued expressions of love for the ones they lost," O'Connor said. "My office stands beside them as they take this next step in the journey that the murderers forced upon them.

"Oklahomans overwhelmingly voted in 2016 to preserve the death penalty as a consequence for the most heinous murders.  I’m certain that justice and safety for all of us drove that vote." Inmates still can seek clemency before the Oklahoma Pardon and Parole Board. The governor gets the final say, but only if the board recommends a sentence reduction. Gov. Kevin Stitt in November commuted the death sentence of Julius Jones about four hours before his execution was to begin.

Inmates also still could get execution stays while they appeal their lawsuit loss. An Oklahoma City federal judge dismissed the lawsuit June 6 after ruling the state's lethal injection protocol does not violate the constitutional prohibition against cruel and unusual punishment. 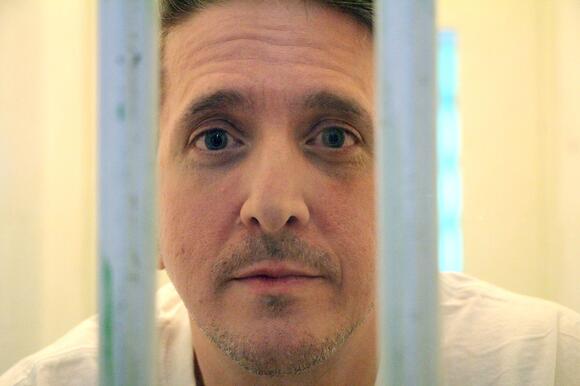 Glossip Friday morning raised a new challenge to his conviction based on the investigative report's findings. Others could be spared if they are found to be no longer mentally competent.

The parole board asked for a schedule that allowed it to have only one clemency hearing a month, during its regular meeting.

The judges on the Court of Criminal Appeals explained in an order they were dividing the execution dates into phases so they can respond to unforeseen contingencies in the future.

"These execution dates are (obviously) subject to change due to unforeseen delays or other circumstances that may arise," they wrote. "This Court will adjust the execution schedule as needed to ensure that executions progress in a timely and orderly manner."

Most of the 25 inmates "are ... vulnerable individuals who suffer from severe mental illness and experienced horrific trauma and deprivation throughout their childhoods," their attorneys said.

Get the latest breaking news, sports, entertainment and obituaries in Galesburg, IL from Galesburg Register Mail.