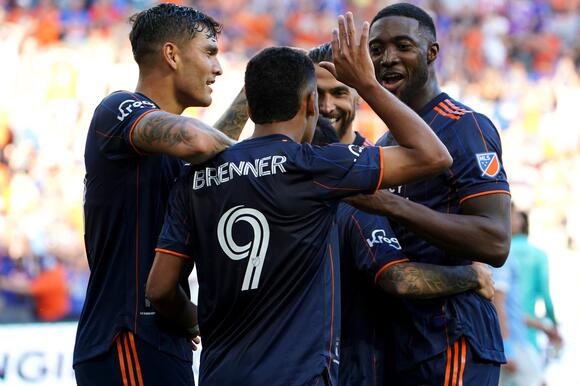 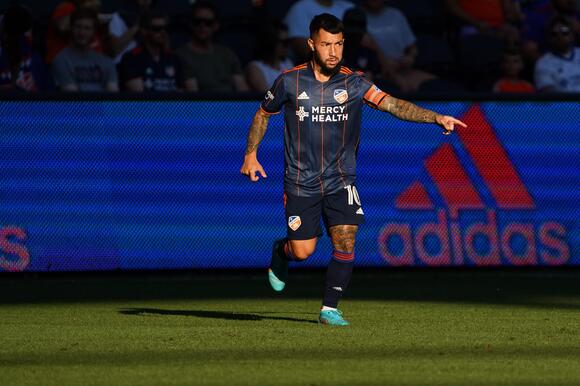 FC Cincinnati (FCC) forward Brenner Souza da Silva has been named to the MLS Team of the Week presented by Audi following his record-setting performance in Wednesday's game against New York City FC.

This is Brenner's second career-honoring since arriving to the Queen City as the largest, and most expensive, signing in the club's history in April 2021. 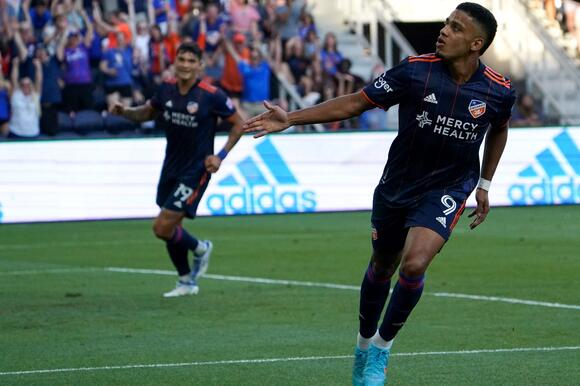 He became the first player in FC Cincinnati's MLS history to record a hat-trick with his three goals on Wednesday night and his strike in the 70th minute proved to be the equalizer against the reigning MLS Cup champions.

Brenner, 22, also set career-highs in shots with five and shots on target with four.

In addition to Brenner, midfielder Luciano Acosta received a spot on the Team of the Week's bench, following the scoring of his sixth goal of the season. He is also the leader in FCC history for assisted goals, marking his third ever on Wednesday. This is Acosta's fourth season-honoring, second on the bench.

Together, the pair has become the fourth and fifth respective players to score three goals and assists in a game in club history, a press release from the team said.

They are the 13th and 14th players from the orange and blue to be placed on the league's weekly team honor board and 50th and 51st in history since FCC joined MLS in 2019.

Jeff Brantley loved the Cincinnati Reds long before he was a pitcher for the team and even longer before he he started calling games in the team's broadcast booth. When Brantley was growing up in Alabama, he and his dad would listen to famed Reds' broadcasters Joe Nuxhall and Marty Brennaman calling the games while sitting in the family car, coasting up and down the driveway – it was the only way to get decent reception.
CINCINNATI, OH・1 DAY AGO
Cincinnati.com | The Enquirer

The Cincinnati Bengals' new indoor facility is getting a name. The naming rights for the temporary indoor facility were recently acquired by Integrity Express Logistics, an international logistics company based in Cincinnati. It will be a multi-year partnership. The new facility is scheduled to be completed by November. Earlier this...
CINCINNATI, OH・1 DAY AGO
Cincinnati.com | The Enquirer

It’ll be six months. Six long, depressing, losing months. Tuesday, Oct. 4, will be just about six months since we heard those six words that really set the tone for the entire season: "Well, where are you gonna go?" said Cincinnati Reds COO Phil Castellini. It was before the...
CINCINNATI, OH・1 DAY AGO
Cincinnati.com | The Enquirer

The Cincinnati Reds are forecast to lose 100 games by the website FiveThirtyEight, marking only the second time in 141 seasons that the team would have suffered that many losses. The Reds, which have lost 21 of their last 30 games, currently are on a six-game losing streak. They finish...
CINCINNATI, OH・1 DAY AGO

One inning after Cincinnati Reds second baseman Jonathan India fouled a ball off the top of his left foot, he was pulled from Tuesday's game against the Chicago Cubs. India fouled a 91-mph fastball from Cubs righty Javier Assad that went straight to the top of his left foot in the bottom of the third inning. He immediately fell to the ground, paused to touch his foot after he stood up and then hobbled around the...
CINCINNATI, OH・1 HOUR AGO
Cincinnati.com | The Enquirer

As Reds near 100 losses, Cleveland Guardians avoid rebuild on path to division title

CHICAGO – The Cleveland Guardians were probably the biggest surprise throughout Major League Baseball this season, riding the youngest roster in the big leagues and fourth-lowest payroll to a divisional title. It wasn’t long ago when it seemed like they were teetering between a rebuild and remaining competitive, trading Francisco Lindor, Trevor Bauer,...
CINCINNATI, OH・2 DAYS AGO