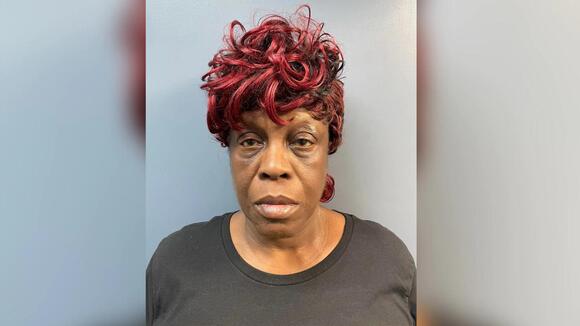 CLEVELAND, Ohio — An Ohio woman has been arrested for allegedly drinking a White Claw, eating a Hot Pocket and taking a bubble bath in a stranger’s home, according to police.

Brookfield Township Police Department said that on Wednesday, they were called after a family arrived home and found a woman inside their house that they did not know. When officers arrived at the home, they found Cassandra Pacheco outside.

According to WOIO, Pacheco, 59, allegedly admitted to police that she went inside the home after she realized it was unlocked.

“Reminder to lock not only your car doors, but also your house doors. You never know who you might find making dinner or taking a bath when you get home,” said BTPD.

BPTD said they looked around and it appeared that Pacheco allegedly drank half of a White Claw and put it in the refrigerator. She made herself a Hot Pocket and some lasagna, before taking a bubble bath and changing into new clothes that she brought with her.

Pacheco allegedly told BTPD that she was dropped off in the area by someone who offered her a ride, not someone she knew.

Pacheco has been booked on a recommended charge of burglary, according to WOIO. No further information has been released, including why Pacheco chose that specific neighborhood.

What if she suffers from Alzheimers disease? Or dementia? I once found an old woman wondering in my neighborhood. I stayed with her until medics and police arrived. She said she was walking home. They found her car parked at McDonald's. She is now safe with family. God bless our elders.

how many. times is this news? this falls back on OUR local support on the homeless n mentality inflections in our community. That begins with our "own' tax dollars. I wonder hw much our community dollars contribute to the mentally in our tax dollars that show up in the local hospitals in the same neighborhood? Stop using GOOD DOLLARS to spread the wrong messages!!! CHANGE IS LESS EXPENSIVE N MORE RESPONSIVE!

😂😂😂😂😂❗️.. lol . show that older woman sum support.. she's not armed, didn't harm, and didn't set off any burglar alarms... the family safe, and the state official representative shouldn't get to far with trying to discipline this case... at max community service of 8-12 hours... where is the crime

HENDERSONVILLE, Tenn. — A Tennessee man is accused of animal cruelty after nine dogs were found inside a home in “deplorable conditions” that included the corpses of other dogs, authorities said. David Hendrix, 57, of Hendersonville, was charged with nine counts of aggravated animal cruelty, according to...
HENDERSONVILLE, TN・22 HOURS AGO
WSOC Charlotte

CHARLOTTE — The state of North Carolina fined several Charlotte-area stores because prices at the register were more than those for products on the shelves. The State Department of Agriculture and Consumer Services said it happened in the second quarter of 2022. 61 North Carolina stores were ordered to pay fines for price-scanning errors in 32 counties.
CHARLOTTE, NC・4 HOURS AGO
WSOC Charlotte

Manatee ‘chases’ alligator as both swim in Florida state park

A curious and fearless manatee was caught on cellphone video swimming after an alligator at a Florida state park. Dennis Osha, a wildlife photographer from Sarasota, filmed the two animals native to Florida as they peacefully swam in the Myakka River on July 30 at Myakka River State Park in Sarasota County.
SARASOTA COUNTY, FL・23 HOURS AGO
WSOC Charlotte

CHARLOTTE — This year, families are bracing for higher prices as they shop for back-to-school items. But you may still have some usable school supplies from last year at home, experts say. Once you’ve gone through those and narrowed down what you still need, Trae Bodge says shopping at the dollar store can be a great option for some things.
EDUCATION・8 HOURS AGO

Two men accused of crafting a plan to kidnap Michigan Gov. Gretchen Whitmer in 2020 and ignite a national rebellion are facing a second trial this week, months after a jury couldn't reach a verdict on the pair while acquitting two others. The result in April was a blow to...
MICHIGAN STATE・13 HOURS AGO
WSOC Charlotte

HENDERSON COUNTY, N.C. — The U.S. Navy says that a North Carolina native assigned to a guided missile destroyer was lost overboard and presumed dead in the Baltic Sea. Seaman Recruit David L. Spearman went overboard Monday from the USS Arleigh Burke, according to a news release. A search effort near Helsinki, Finland, was called off earlier in the week.
1 DAY AGO
WSOC Charlotte

ST. PETERSURG, Fla. — (AP) — A Florida prosecutor vowed Sunday to fight his suspension from office by Gov. Ron DeSantis over his promise not to enforce the state's 15-week abortion ban and support for gender transition treatments for minors. Andrew Warren, a Democrat suspended last week from...
FLORIDA STATE・22 HOURS AGO

This was a great way to sit down to breakfast. A North Carolina man checking his emails as he had breakfast with his wife, when he received a notification that he won a Powerball prize from the July 18 drawing, The News & Observer of Raleigh reported. The payday for...
WEST END, NC・1 DAY AGO
WSOC Charlotte

RIO VISTA, Calif. — (AP) — Charlie Hamilton hasn't irrigated his vineyards with water from the Sacramento River since early May, even though it flows just yards from his crop. Nearby to the south, the industrial Bay Area city of Antioch has supplied its people with water from...
CALIFORNIA STATE・4 HOURS AGO
WSOC Charlotte

LANSING, Mich. — (AP) — The Michigan Attorney General's office is asking that a special prosecutor investigate whether the Republican candidate for state attorney general and others should be charged in connection with an effort to gain access to voting machines after the 2020 election, according to published reports.
MICHIGAN STATE・13 HOURS AGO
WSOC Charlotte

CHAVIES, Ky. — (AP) — Angel Campbell should have been sitting in her usual chair in her grandmother’s living room this week, looking through her old photo albums and eating her favorite soup beans. Now the living room is gone, and so is her grandmother. A week...
KENTUCKY STATE・3 DAYS AGO

AUSTIN, Texas — (AP) — A Texas jury on Friday ordered conspiracy theorist Alex Jones to pay $45.2 million in punitive damages to the parents of a child who was killed in the Sandy Hook Elementary School massacre, adding to the $4.1 million he must pay for the suffering he put them through by claiming for years that the nation's deadliest school shooting was a hoax.
NEWTOWN, CT・2 DAYS AGO
WSOC Charlotte

WATAUGA COUNTY, N.C. — DNA, dental and other analyses have confirmed the identity of remains buried in Belgium as a 27-year-old World War II soldier from North Carolina who died during battle in a German forest. The Charlotte Observer reports that officials with the Defense POW/MIA Accounting Agency said...
WATAUGA COUNTY, NC・19 HOURS AGO
WSOC Charlotte

INDIANAPOLIS — (AP) — Indiana on Friday became the first state in the nation to approve abortion restrictions since the U.S. Supreme Court overturned Roe v. Wade, as the Republican governor quickly signed a near-total ban on the procedure shortly after lawmakers approved it. The ban, which takes...
INDIANA STATE・2 DAYS AGO
WSOC Charlotte

What to watch in Wis., 3 other states in Tuesday's primaries

Biden to join governor to survey flood damage in Kentucky

LEXINGTON, Kentucky — (AP) — President Joe Biden and first lady Jill Biden arrived in Kentucky on Monday to meet with families and view damage from storms that have resulted in the worst flooding in Kentucky's history. At least 37 people have died since last month's deluge, which...
KENTUCKY STATE・12 HOURS AGO
WSOC Charlotte

Not so fast: California's last nuke plant might run longer

LOS ANGELES — (AP) — An aggressive push toward renewable energy has run headlong into anxiety over keeping the lights on in California, where the largest utility is considering whether to try to extend the lifespan of the state’s last operating nuclear power plant. California is the...
CALIFORNIA STATE・12 HOURS AGO
WSOC Charlotte

Dems look ahead to Barnes in fall race against Ron Johnson

MADISON, Wis. — (AP) — Lt. Gov. Mandela Barnes grew up in Milwaukee with a mom who was a public school teacher and a father who worked in a factory — both union members, an important credential in a state where the labor movement is still a force.
MADISON, WI・12 HOURS AGO