Officials: 2 people arrested after 10 pounds of meth sent to wrong address in Minnesota 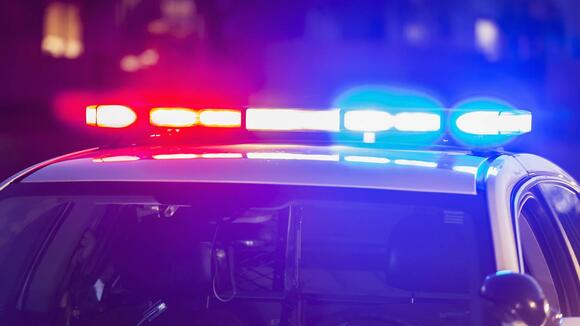 ELK RIVER, Minn. — Two people have been arrested after about 10 pounds of meth were sent to the wrong address in Minnesota, officials say.

According to the Sherburne County Sheriff’s Office in a news release, two people were arrested at the end of June after deputies learned that 10 pounds of meth were mailed to a home in the Elk River area. SCSO said a woman took “possession of the package.”

WCCO said that investigators were tipped off by a concerned resident who brought them the box that was mailed incorrectly. When they opened the box, they found drugs inside that was later determined to be meth.

Investigators conducted surveillance on the address listed on the package, which is where the package was supposed to go, according to SCSO.

Investigators took a large amount of the meth out of the box, and put water softener salt inside instead, along with a GPS tracker and alarm system, according to WCCO. They repackaged it and placed the box outside the building management’s office at the address that was on the box. The building manager then called the renter to pick up their missing package.

SCSO said they saw two men pull up in the parking lot and one of them went inside the home. He came back with the package. The investigators conducted a traffic stop nearby and got the box of meth.

Both Geraghty and Juaregui have been booked on a recommended charge of first-degree possession of a controlled substance, according to SCSO.

Kangaroo on the loose in northeastern Ohio, police say

BREWSTER, Ohio — A kangaroo is on the loose in northeastern Ohio, perplexing police as they attempt to corral a marsupial that has been hopping away from authorities since Thursday. According to the Brewster Police Department, a resident reported they had spotted a baby kangaroo at about 9:30 a.m....
BREWSTER, OH・2 HOURS AGO
Boston 25 News WFXT

PORTLAND, Ore. — (AP) — Police in suburban Portland, Oregon, said Thursday they arrested a crime ring leader responsible for trafficking more than 44,000 catalytic converters stolen from vehicles on the West Coast since 2021. Detectives said they identified Brennan Doyle, 32, as the leader of the operation...
PORTLAND, OR・2 DAYS AGO
Boston 25 News WFXT

TOPEKA, Kan. — A judge has ruled that a Kansas man can no longer work in the state and must pay more than $700,000 in fines and restitution, after he was found guilty of performing autopsies illegally. Kansas Attorney General Derek Schmidt announced Shawn Parcells permanent ban from doing...
KANSAS STATE・2 DAYS AGO
Boston 25 News WFXT

Mass. priest on leave amid investigation into alleged misconduct

NORTH ATTLEBOROUGH, Mass. — A Massachusetts priest has been placed on leave while he is investigated for alleged misconduct that is “inconsistent with standards of ministerial behavior.”. In a statement Aug. 7, the Diocese of Fall River said the allegations against Rev. Rodney E. Thibault do not involve...
NORTH ATTLEBOROUGH, MA・19 HOURS AGO

SALT LAKE CITY — (AP) — A loud “boom” heard across areas of northern Utah was likely a meteor, officials said Saturday. Reports of the loud noise circulated at about 8:30 a.m., with people from Orem to southern Idaho posting that they heard the "boom," The Salt Lake Tribune reported.
UTAH STATE・20 HOURS AGO
Boston 25 News WFXT

ALBANY, N.Y. — (AP) — As part of an effort to keep illegal drugs and other contraband out of state prisons, New York is taking away one of the few pleasures of life behind bars: It will no longer let people send inmates care packages from home. Under...
POLITICS・5 HOURS AGO
Boston 25 News WFXT

Mass. drought may be contributing to more bear sightings

Drought conditions are now at critical levels across much of Massachusetts, and the dry summer may be the reason more bears are showing up in people’s backyards. In a news release Aug. 5, MassWildlife detailed the drought’s impact on various plants and animals. The agency says berries, bears’ primary food source, can become scarce during an extended drought.
MASSACHUSETTS STATE・20 HOURS AGO
Boston 25 News WFXT

A judge overseeing the second trial of two men accused of conspiring to kidnap Michigan Gov. Gretchen Whitmer took steps Friday to keep a lid on a defense lawyer's concerns about whether a juror will be fair. U.S. District Judge Robert Jonker said any subsequent court filings about the issue...
MICHIGAN STATE・2 DAYS AGO

Audit: Va. failed on earlier advice before I-95 gridlock

RICHMOND, Va. — (AP) — Virginia government failed to carry out numerous lessons from a 2018 snowstorm that caused highway gridlock, as exhibited by a similar event along Interstate 95 in January that left hundreds of motorists stranded, a state watchdog office concluded. The Office of the Inspector...
VIRGINIA STATE・1 DAY AGO
Boston 25 News WFXT

SALT LAKE CITY, Utah — A loud “boom” that some residents said was strong enough to shake their homes in its wake echoed across northern Utah early Saturday morning. While Salt Lake City-area residents speculated that everything from military activity to an earthquake could be responsible, the National Weather Service deduced that a meteor hurtling through the air was the culprit, KSTU reported.
SALT LAKE CITY, UT・17 HOURS AGO
Boston 25 News WFXT

TALLAHASSEE, Fla. — That’s one way to pay for a vacation. An Ohio man making a pit stop at a gas station during a 17-hour drive to Florida won $1 million in a scratch-off game, Florida Lottery officials said Wednesday. Solomon Garens, 45, of Munroe Falls, will receive...
MUNROE FALLS, OH・2 DAYS AGO
Boston 25 News WFXT

Top lawyers hired by those linked to Georgia election probe

ATLANTA — (AP) — In the state investigation spurred by then-President Donald Trump's call to Georgia's top election official, people who have been called to testify — or who might be — about potential interference in the 2020 presidential contest are turning to high-profile lawyers. Trump...
ATLANTA, GA・7 HOURS AGO

GARDNERVILLE, Nev. — (AP) — Standing in front of 1,500 Republicans at a rural ranch backdropped by the Sierra Nevada mountains, Nevada’s Republican governor candidate Joe Lombardo referenced the “elephant in the room” without naming him. The second-place finisher in the gubernatorial primary, Reno attorney...
NEVADA STATE・17 HOURS AGO
Boston 25 News WFXT

Kansas to recount abortion vote by hand, despite big margin

TOPEKA, Kan. — (AP) — Kansas’ elections director says the state will go along with a request for a hand recount of votes from every county after last week’s decisive statewide vote affirming abortion rights, even though there was a 165,000-vote difference and a recount won’t change the result.
KANSAS STATE・1 DAY AGO
Boston 25 News WFXT