Rare Lincoln penny sells for $2,230 online – see what you need to look for to find the coin in your spare change

A RARE, certified penny has recently sold for more than $2,200 online.

This 1955 double die obverse Lincoln wheat cent was designed by Victor Brenner and minted in Philadelphia.

Mr Brenner designed the penny in 1909 to commemorate the 100th Anniversary of Abraham Lincoln.

Because there is no mint mark on this particular penny, it generally adds to its value.

The coin sold on eBay for an impressive $2,230 after attracting 22 bids. 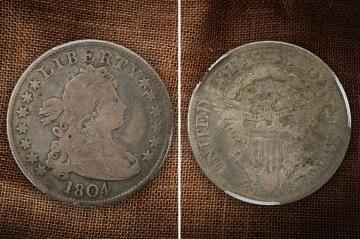 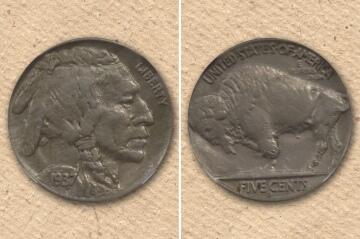 The value of Double Die coins

Double die refers to an error that happens during the strike process.

The metal pieces used to create the coin’s features strike multiple times to embed the image or text.

However, when the die strike is misaligned, letters, numbers, and images on some coins get marked twice in slightly different places.

These error coins can be of major value to coin collectors.

If in average condition, USA Coin Book estimates the value of these 1955 double die coins at or around $1,318.

How to spot it

To spot a double die, you won’t need to do much as the error is fairly noticeable.

Another thing to look for on these particular pennies is the missing mint mark.

According to the US Mint, during the early years of coin making, Philadelphia was the only branch in operation, so marking the coin wasn’t necessary.

Although, when other coins are missing a mint mark, it typically is an error that collectors say drives up the price.

How to check your coin's worth

Make sure to check your spare change for any rare pennies, nickels, dimes, and others as many of these coins could sell for thousands.

Typically, the most valuable coins are ones with a low mintage or an error, as it makes them rare.

A great website to check if your coins are worth anything is eBay.

You just need to search the full coin name, select the "sold" listing and then toggle the search to "highest value”.

If your coins are rare and valuable, you can sell them on eBay or go through a specialist site such as Coinappraiser or USA Coin Book. 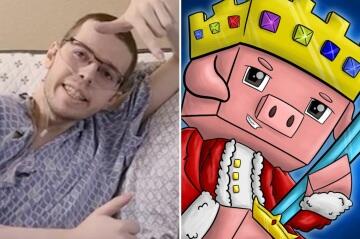 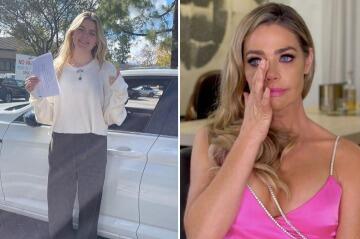 These are the most valuable coins in circulation without a mint mark from pennies to dimes.

they can't be rare because I have over 60 of those pennies in my penny bank.....is thus a joke or forreal

STORES like Walmart and Costco are known for having some decent bargains, but there's a way to find out exactly how good. Experts have revealed the handy pricing hack that allows you to find out if a product is due for a markdown. According to the experts at Tip Hero,...
GROCERY & SUPERMAKET・20 HOURS AGO
SPY

How to Repot a Plant, According To a Professional Plant Repotter

Your home is nothing without plants. I said it and I meant it. Covering corners, tabletops and window sills in greenery is a must for any home interior. Not only are indoor plants aesthetically gorgeous, but there are even said to be a number of health benefits that indoor plants can bring to people living in the same home as them. From the potential of relieving stress to improving the air quality of your space, keeping plants in your home can be extremely beneficial to your health. But, here’s the issue: when you buy a plant at the store, you...
CHICAGO, IL・20 MINUTES AGO
Motorious

Classic cars, especially restomods, have gained a lot of popularity in recent years for their ability to combine classic styling with modern-day performance when restored. As such, we often wonder where these cars come from as we may want to undertake this venture ourselves one day. For the most part, a classic car can be found rotting away in some old junkyard or tucked quietly in a neighbor's yard. However, some places deal specifically with the old relics we’ve all come to know and love.
CARS・21 MINUTES AGO
The US Sun

LEAVING your fan on overnight may not be the wisest idea according to safety experts. While it's a good last resort instead of suffering through the heat, leaving it going for hours on end as you sleep carries its own risks. There's no hard data for fires linked to fans...
INSTAGRAM・1 DAY AGO

Tower of Fantasy: What do all the currencies mean?

TOWER of Fantasy is the newest free-to-play online gacha game and it is already a hit with fans. As with many free-to-play games, it has various types of in-game currency. However, Tower of Fantasy takes it to the extreme with over a dozen kinds of resources to manage at once.
VIDEO GAMES・1 DAY AGO
The Drive

THIS Saturday was no ordinary one. I was on an Odyssey to the top of a volcano with my Guardian, swirling and twirling high above the ground before plummeting back down at a terrifying speed. Believe it or not, this isn’t a tale of derring-do from Greek legend. No, this...
WORLD・19 HOURS AGO
BuzzFeed

7 Tips For Saving Money As A Bridesmaid (Without Being Cheap!)

Person
Abraham Lincoln
The US Sun