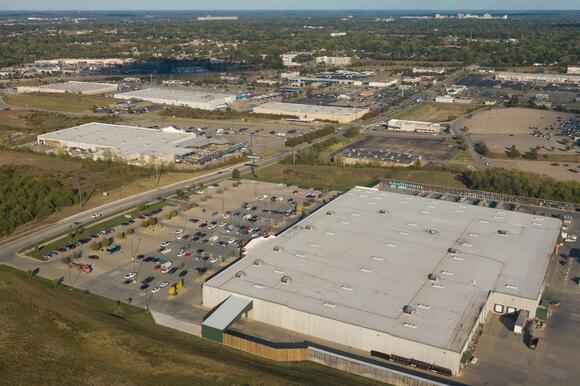 The Kansas Supreme Court rejected arguments Friday from a pair of big box retailers that a Kansas county had overvalued their stores for property tax purposes, a move with potentially major implications for taxation in Kansas.

The unanimous ruling said the Board of Tax Appeals should be free to decide how stores like Walmart, Target or Home Depot should be valued for themselves, rather than relying on past court rulings to guide their work.

The fight, which has raged in Kansas and scores of other states, boils down to how the stores should be considered for property tax purposes.

More: How much should big-box stores pay in property taxes? Debate rages in Kansas — and could impact taxpayers.

Municipalities have attempted to appraise the properties as if they were occupied and raking in revenue, with the valuation tied into a building's lease.

But retailers have fought this determination. They argue the store should be valued as if it were empty, with the appraisal reflecting how much a property would fetch if it were sold on the open market without a tenant. That value is generally much lower.

The latter argument has prevailed in the court system to date.

A 2012 Kansas Court of Appeals ruling said that there was no reason to use lease agreements to calculate the value of a Topeka Best Buy, as they were designed to a specific store's specifications and not reflective of market value.

The latest case involves nearly a dozen Walmart and Sam's Club stores in Johnson County, with an appeals court upholding the decision to slash the stores' value by roughly $60 million in 2016 and 2017, costing the county millions.

But Kansas Supreme Court Justice Dan Biles, writing for the court, disagreed with the lower court ruling. Moreover, he called the "dark store" debate a "red herring," given that both sides of the argument in fact factor lease conditions into their appraisal.

The Board of Tax Appeals, he said, should be free to hear expert testimony from both sides and adjudicate whether a lease is a fair market value and thus should be factored into the valuation.

The prior court rulings, he said, unfairly shackled the BOTA's ability to fulfill their role in the tax system.

"BOTA is the highest administrative tribunal established by statute to determine controversies relating to assessments of property for ad valorem tax purposes," Biles wrote. "Prieb's (the 2012 case) rationale invades BOTA's longstanding province as the fact-finder in the statutory process of appraising real property at its fair market value."

The ruling does not mean Johnson County — or other local governments — will automatically recoup taxes from the higher valuation. Instead, the Kansas Supreme Court sent the Walmart and Sam's Club case back to BOTA for further consideration.

Republicans in the Legislature have carefully watched Gov. Laura Kelly's nominees to BOTA, rejecting at least one who they viewed would be inclined to rule against retailers on the matter and giving heavy scrutiny to other potential picks.

Still, counties will almost certainly claim the court's ruling as a victory.

"We appreciate the Kansas Supreme Court taking on this case and providing clarity in this area," Ed Eilert, Johnson County Board of County Commissioners Chairman, said in a statement. "A Kansas Supreme Court decision on the valuation of big box retailers is critical for local governments across the state of Kansas."

Randy Hargrove, a spokesperson for Walmart, said that the company disagrees with the decision but "we look forward to asking the Board of Tax Appeals to reaffirm its prior findings about the proper assessed value of Walmart stores."

The ruling instantly drew pushback from the state's business community.

But Alan Cobb, president and CEO of the Kansas Chamber, said in a statement that he was confident the BOTA would reaffirm their previous ruling anyway.

"It is very clear that Johnson County’s government leaders and appraiser’s office disregarded state law when they concocted the imaginary fairy tale of a dark store 'theory,'" Cobb said.

Andrew Bahl is a senior statehouse reporter for the Topeka Capital-Journal. He can be reached at abahl@gannett.com or by phone at 443-979-6100.

Way too many people do not understand that businesses collect taxes from their customers! businesses and corporations pay no taxes. You and I, the customers, provide those businesses with the dollars to pay their taxes!