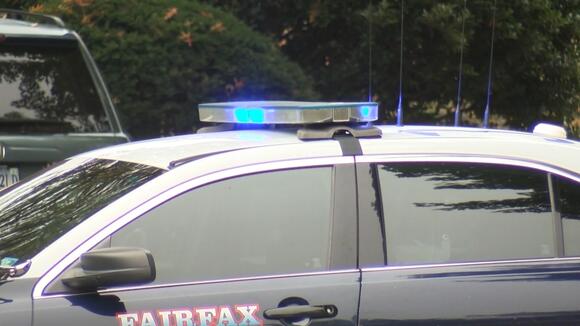 SPRINGFIELD, Va. (AP) — A man wanted by police in northern Virginia has died after authorities say an officer shot him outside of a shopping mall.

Fairfax County Police said on Twitter on Thursday evening that the unidentified suspect died at the hospital. No police officers were hurt, according to 2nd Lt. James Curry, a police spokesman.

The preliminary investigation shows officers were trying to stop a wanted suspect outside Springfield Town Center when the confrontation occurred.

Thursday’s shooting comes less than two weeks after a shooting at another Fairfax County mall, Tysons Corner Center. No one was injured by bullets in that shooting, but three people were hurt fleeing the mall.

A man was arrested and charged late last week after he allegedly assaulted a woman three times while they were arguing on Aug. 5.
WOODBRIDGE, VA・17 HOURS AGO
WRIC - ABC 8News

Police are investigating after a man allegedly shot at two adults and an infant as they were driving on Powell’s Creek Boulevard Saturday night.
PRINCE WILLIAM COUNTY, VA・1 DAY AGO
WRIC - ABC 8News

The Spotsylvania County Sheriff's Office is asking the public for help with identifying suspects involved in larceny from skill games at an area convenience store.
SPOTSYLVANIA COUNTY, VA・18 HOURS AGO
WRIC - ABC 8News

A suspect is wanted by the Spotsylvania County Sheriff's Office for fraudulent use of a credit card at a Walmart store that was stolen from a local Costco.
FREDERICKSBURG, VA・20 HOURS AGO

At around 8 a.m. on Aug. 16, a deputy reportedly observed a Nissan Rogue speeding and weaving in and out of traffic while traveling southbound on I-95 near the Washington Drive exit.
STAFFORD COUNTY, VA・1 HOUR AGO
WRIC - ABC 8News

A 56-year-old woman was killed in a motorcycle crash in Prince William County over the weekend.
PRINCE WILLIAM COUNTY, VA・1 DAY AGO
WRIC - ABC 8News

The Spotsylvania County Sheriff's Office is asking for the public's help identifying a man who is accused of fraudulently using a credit card on Sunday at a local Target and GameStop.
SPOTSYLVANIA COUNTY, VA・18 HOURS AGO
WRIC - ABC 8News

According to police, 11-year-old Kimberly Villeda Lopez was last seen on Saturday, Aug. 13 at around 7 p.m. on the 4300 block of Allman Drive in Annandale.
FAIRFAX COUNTY, VA・2 DAYS AGO

According to the Virginia Department of Transportation, the crash too place just north of the intersection of Richmond Highway and Port Potomac Avenue. All northbound lanes of Richmond Highway are currently closed in the area.
PRINCE WILLIAM COUNTY, VA・2 DAYS AGO
WRIC - ABC 8News

As a result of higher mortgage rates across the board, home prices have risen significantly. Stacker compiled a list of cities with the most expensive homes in the Richmond metro area using data from Zillow.
RICHMOND, VA・21 HOURS AGO
WRIC - ABC 8News

I-95 North backed up after crash near Fredericksburg

According to the Virginia Department of Transportation, the crash took place at mile marker 133, just after the Warrenton Road (Route 17) exit. The northbound left lane and left shoulder are both closed.
FREDERICKSBURG, VA・2 DAYS AGO

WASHINGTON (WFXR/AP) — During his sentencing hearing on Tuesday, a former Rocky Mount police officer who testified against a friend and former supervisor he joined at the Capitol in the Jan. 6, 2021 riot avoided prison time for his role in it. Jacob Fracker pleaded guilty in March to a felony charge of conspiring with Thomas […]
WASHINGTON, DC・20 HOURS AGO
WRIC - ABC 8News

Halloween Haunt, The Great Pumpkin Fest and WinterFest will take place at the park beginning in late September and go through January 1.
DOSWELL, VA・1 DAY AGO