Investigators believe King Hua was shot and killed for driving too slow.

Saddiq Washington, 22, of Darby, is charged with first-degree murder in the death of 54-year-old King Hua. 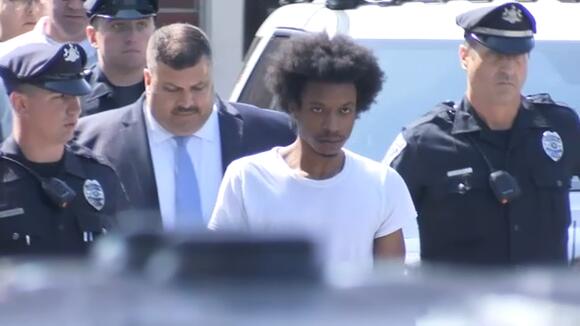 Washington had a permit to carry a concealed weapon and legally purchased his gun.

District Attorney Jack Stollsteimer said Washington's mother was driving the car, though it's unclear if she was involved. She's not facing any charges at this time.

According to police, Hua, a township resident, and his wife were traveling on State Road (Route 1) near Meetinghouse Lane around 8:43 a.m. Wednesday when the female driver of a vehicle passed them on the shoulder.

The vehicle then stopped and Washington, who was a passenger in the car, partially got out and fired shots at the victim's Toyota, said Stollsteimer.

The bullets went through the windshield and hit Hua. He was taken to the hospital but died from his injuries. 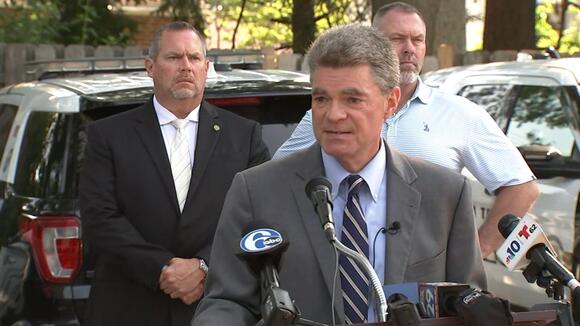 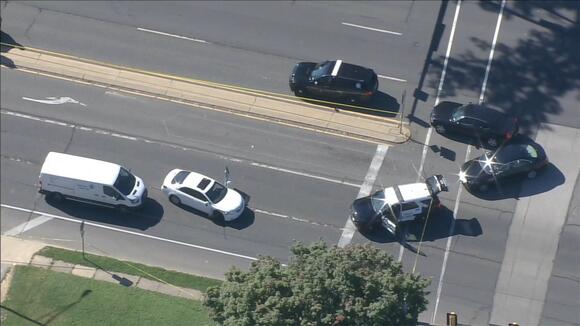 Investigators believe Hua was shot and killed for driving too slow.

The suspects' vehicle fled the scene.

Stollsteimer said Washington's arrest was thanks to a three-part effort: Witness accounts, surveillance footage from businesses and homes, and work by detectives.

A key turning point came when investigators found surveillance footage at a body shop that recorded Washington's vehicle after the shooting.

Police were able to pull the plate number and trace it to an address where the car was located.

Investigators said they staked out the home for several hours while trying to obtain a search warrant.

Washington came out of the house with a group of people and got into the vehicle that was used during the shooting, police said.

Officers took the group into custody around 6 p.m. Thursday and ultimately kept Washington in custody where they said he later confessed to shooting the victim.

Police said they found the 9mm believed to have been used in the shooting in the house after they took Washington into custody.

Mother passed on the right, drove up the shoulder, stopped so her son could commit a crime, fled the scene, aided and abetted, etc and they're not sure if she was involved?

The mother is just as wrong as the son ..She didn't report her son to the police and she didn't try to stop the son ..Put them both in the same jail cell.

Police investigating after shooting at Musikfest sends crowd into panic

A shooting at a Lehigh County music festival sent patrons into a panic Saturday night as people ran for safety after witnesses say a single shot was fired.
BETHLEHEM, PA・2 HOURS AGO
6abc Action News

Philadelphia police say two men were shot when a man pulled out a gun in the middle of an argument in Kensington.
PHILADELPHIA, PA・1 HOUR AGO
6abc Action News

More than a dozen shot, 3 dead, in rash of violent incidents in Philadelphia

Police: Man trying to get into cars struck in West Philadelphia hit-and-run

Investigators say the victim, only identified as a man in his 30s, seemed to be trying to gain entry into parked vehicles.
PHILADELPHIA, PA・20 HOURS AGO

Police: 2 people killed and several others injured in horrific crash in West Philadelphia

Two people were killed and several others were injured in a horrific crash in West Philadelphia.
PHILADELPHIA, PA・3 HOURS AGO
6abc Action News

Norristown Police are investigating a deadly crash involving a motorcyclist

The investigation began back on August 6 when Washington Township officers were called to a dispute inside an apartment on Woodmont Circle.
GLOUCESTER COUNTY, NJ・1 DAY AGO

1 dead after chain-reaction tractor-trailer crash on I-476 in Radnor, Delaware County

Police say it all began when the driver of a tractor-trailer did not stop in time to avoid slow traffic in the southbound lanes.
DELAWARE COUNTY, PA・14 HOURS AGO
6abc Action News

Deadly Stabbing Investigation: Police found several family members inside the South Philadelphia home including a 16-year-old male who had blood and cuts on his hands.
PHILADELPHIA, PA・2 DAYS AGO
6abc Action News

A judge has reinstated third-degree murder charges against the woman accused of killing two Pennsylvania state troopers and a pedestrian in a crash earlier this year on Interstate 95.
EAGLEVILLE, PA・3 DAYS AGO
6abc Action News

Tyree Blake is accused of fondling a woman without consent inside a Wawa at 33rd and Market streets back on July 30.
PHILADELPHIA, PA・2 DAYS AGO
6abc Action News

"He grabbed it by the leg and I shot him again," said Marcus Davila, who helped stop a dog attack in Philadelphia's Hunting Park neighborhood.
PHILADELPHIA, PA・2 DAYS AGO
6abc Action News

The same suspect was apparently responsible for carjacking someone else just a few blocks from the shooting scene.
PHILADELPHIA, PA・3 DAYS AGO
6abc Action News

"The device is designed to detain a person without harm who is a threat to themselves, the officer or the community," said Chief David Splain.
NETHER PROVIDENCE TOWNSHIP, PA・1 DAY AGO
6abc Action News

Joelill Foy, 26, was shot and killed outside his home on the 1800 block of Sigel Street back on July 27.
PHILADELPHIA, PA・3 DAYS AGO
6abc Action News

A Philadelphia police officer has been arrested and charged for threatening and assaulting a former partner and mother of his four children, according to the District Attorney's Office.
PHILADELPHIA, PA・4 DAYS AGO