These Kansas laws go into effect on July 1. Here's when you'll notice changes Friday brings the start of several new laws in Kansas, which the Legislature passed either with Gov. Laura Kelly's signature or an override of her veto.

For some of the new laws, the July 1 start date won't bring any noticeable change for Kansans. You will have to wait several more months to see the effects.

Sports betting aims to start with NFL and college football 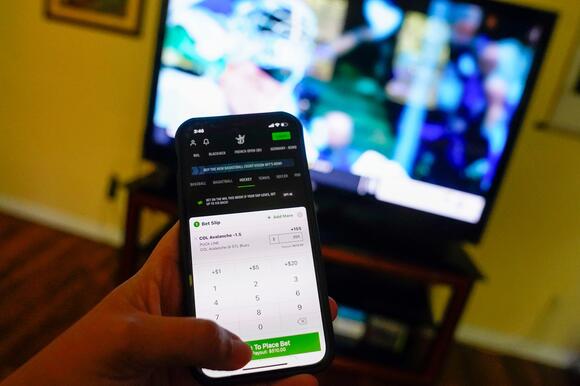 Kansas lawmakers have legalized sports wagering, but while the new lottery law is now in effect, betting on games is likely months away.

How long it will be is anyone's bet — but the safe money is not until football season. Kelly told reporters after an event last month that the NFL and college football kickoff are "the goal" for getting the services off the ground.

The official enactment of sports betting does confirm one thing in Kansas' favor: It will mean the state will stay months ahead of Missouri in legalizing the practice.

While the legalization in SB 84 is only expected to bring in a few million dollars a year to the state's coffers, it will likely attract bettors across the border in the Kansas City area after the Show-Me State failed to pass its version of a sports betting bill in 2022.

More: Sports betting is now law in Kansas. Here's when you could start wagering on games. Don't look at your grocery bill because you won't see a change, but the food sales tax cut law is now in effect.

The law, HB 2106 , took effect July 1 but waits until Jan. 1 to reduce the 6.5% state sales tax on food — not to 0%, but to 4%. Six months from now, instead of paying the second-highest state tax rate on groceries , Kansans will be paying the fifth-highest.

Republicans authored the bill after rejecting legislation from Democrats that would have cut the tax to 0% starting July 1.

Kelly and her allies have used axing the food sales tax as a key piece of her reelection campaign, including holding several ceremonial bill signings while running multiple political ads. 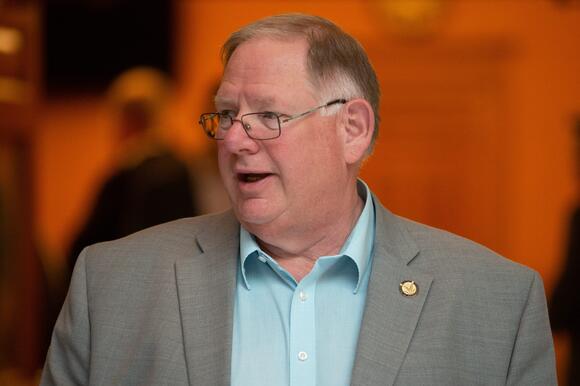 Republican supermajorities in the Legislature enacted food stamp restrictions in HB 2448 over a veto from Kelly. The law requires able-bodied adults without dependents who work less than 30 hours a week to attend mandatory job training .

Supporters pushed for the bill as a solution to the state's workforce shortage , despite data showing there are tens of thousands of more open jobs than there are so-called ABAWDs receiving Supplemental Nutrition Assistance Program benefits. There are also indicators that most SNAP beneficiaries won't take advantage of the work training, kicking them off food stamps.

House Majority Leader Dan Hawkins, R-Wichita, has taken a keen interest in the law's implementation, releasing some correspondence with the governor's office . He said the Kelly administration told him President Joe Biden's administration must first approve the changes to SNAP before Kansas could change the program.

Hawkins took issue with the timeframe of getting federal approval, which first requires the Kelly administration to file an application, which they planned to do by July 1.

"It’s just another example of the Kelly administration slow-playing a policy they do not support," he said in a newsletter. "These tactics will not work as I will continue monitoring the situation to ensure the program is implemented."

Two new election laws are set to take effect before voters head to the poll for the Aug. 2 partisan primary, as well as a special election for an anti-abortion constitutional amendment.

One, HB 2138 , will expand election audits to include the procedures used by county clerks, as well as requiring future electronic poll books be certified by the secretary of state. Other provisions, such as one requiring all paper ballots have a distinctive watermark, won't go into effect until 2024.

Republican Secretary of State Scott Schwab, who pushed for the bill, called it "one of the most significant election reform measures since Kansas adopted Voter ID in 2011."

More: Want to know who’s running in the Kansas 2022 elections? Search our database

The second, HB 2252 , was enacted by GOP lawmakers over a gubernatorial veto. It bans the governor from entering into legal agreements that change state election law without legislative approval.

It is a response to Kelly striking a deal with civil rights groups in 2021 to avert a lawsuit alleging the state was not in compliance with the National Voter Registration Act.

If you're out on the roads Wednesday evenings, you may notice more children driving to church youth groups.

Lawmakers legalized 15-year-old drivers with restricted licenses commuting to and from religious activities. State law already entitled 15-year-olds to drive to and from farm-related work, jobs and school.

The impetus behind SB 446 was Salina pastor and father of six Jeff Piepho, who lobbied legislators to rewrite the law to allow his daughter to drive to youth group.

More: Kansas 15-year-olds with restricted licenses will soon be able to drive to church and youth group

For farmers and ranchers, several bills affecting the agricultural industry go into effect.

If you have a fence that you have put off repairing or replacing, the materials and services that go into it are now exempt from sales tax . The provision was part of a large tax bundle, HB 2239 , which also reclassifies agricultural use land that is used for the Conservation Reserve Program as grassland for property tax purposes.

Producers of plant-based meats now must follow stricter disclaimer rules on the packaging for veggie burgers and similar products. The fake meat labeling law, SB 261 , passed the Legislature unanimously before Kelly signed it after lobbying from the livestock industry.

More: Drought conditions across much of Kansas could cost wheat farmers more than $1 billion

Politicians and lobbyists said the law was designed to protect consumers from confusing labels, but the new rules only apply to grocery store sales, leaving consumers at restaurants without the same protections .

If you've been yearned for some farm-fresh raw milk, it is now legal to buy and sell it. The legalities are detailed in SB 346 .

Boll weevils aren't in Kansas , and a new law aims to help cotton growers keep it that way. Similar to other commodity checkoff programs, HB 2559 authorizes a tax levy on cotton bales to fund prevention of beetle infestations, which could be devastating to the state's growing cotton industry .

Jason Tidd is a statehouse reporter for the Topeka Capital-Journal. He can be reached by email at jtidd@gannett.com. Follow him on Twitter @Jason_Tidd .

This article originally appeared on Topeka Capital-Journal: These Kansas laws go into effect on July 1. Here's when you'll notice changes

you watch the food tax don't start till January. if Kelly is re elected she will kill this bill just like she does babies. vote this criminal out of our government and send her back to New York

I want to know why, food is going at a rate of 2 or 3 dollars when the shelves are stocked this is price gouging, it needs to be stoped