Mississippi's largest ever tax cut takes effect July 1. What does it mean for you?

Mississippians will now pay less in taxes, as the state's new laws take effect and the new fiscal year begins.

The state's largest-ever tax cut, passed by the legislature in March , will see state income taxes gradually reduced to a 4% flat tax on income over $4,000.

“Moving to a flat-four percent income tax puts more than $500 million in recurring dollars back in taxpayers’ pockets and makes Mississippi one of the most competitive in the nation in terms of income tax rates," Republican Lt. Gov. Delbert Hosemann said. 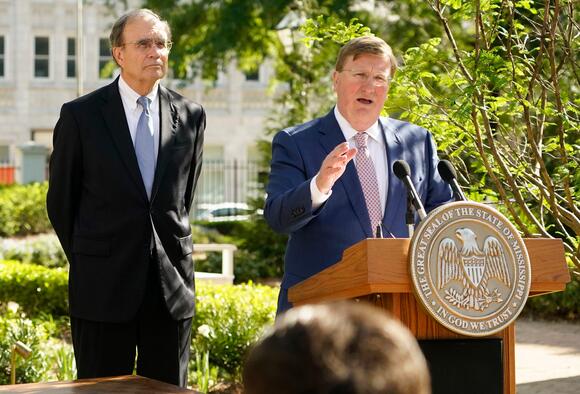 The tax cut is the culmination of years of debate and negotiation by state leaders over what to do with Mississippi's state income tax. While the cut passed with bipartisan approval , some had sought to join states like Texas and Florida by eliminating the state income tax entirely.

That group included Gov. Tate Reeves and House Speaker Philip Gunn, both Republicans. Hosemann led another group that championed the gradual tax cut, rather than a complete overhaul of the state's tax code. Following the passage of the cut, Reeves called out Hosemann in a tweet for not going far enough.

"The deal agreed to by the House and Senate is a $500M+ tax cut. That’s good. I still believe we can and should eliminate the income tax. The fiscal environment is right. Sadly, the political environment in the MS Senate is not," Reeves tweeted. "Strong action that will change our state for the better takes time and passionate partners. For transformative change, we need our state’s Lieutenant Governor to work with bold conservatives. This is a good step. It is a win at the beginning of this fight. It is not the end."

As an olive branch to those who sought elimination, the legislation does ask for a plan to eliminate the tax entirely to be put together and reviewed by 2026. It does not, however, require taxes to be eliminated. That will be up to future legislators and elected officials.

House Ways and Means Chairman Trey Lamar, R-Senatobia, said he views the legislation as a step toward eliminating the tax, despite the lack of a requirement.

"This will go down as the largest tax cut in the history of the state. It sets us on a path toward eliminating the Mississippi individual income tax within a reasonable time period," Lamar said.

This article originally appeared on Mississippi Clarion Ledger: Mississippi's largest ever tax cut takes effect July 1. What does it mean for you?

Need to give us some stamps to help with this high food prices. Everything going up and we not getting any help while other states getting help