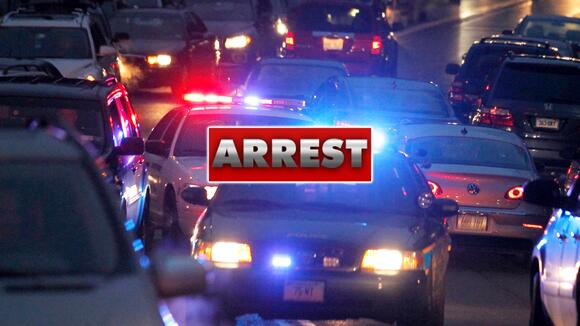 MONTGOMERY COUNTY, Md. (DC News Now) — Three teenage boys were arrested after a string of burglaries and the attempted murder of a police officer.

Police had footage of four suspects entering a home in the 5300 block of Brookeway Drive in Bethesda on June 21. They saw the suspect entering a home and stealing a GMC Yukon SUV. The SUV was recovered the next day.

On Tuesday around 1:20 a.m., police responded to the 6000 block of Johnson Avenue. Police saw a car that had previously been linked to the previous incident leaving the area. While they were watching the car, police had to swerve after the car suddenly stopped.

An officer heard three gunshots, and the vehicle passed the officer and fired one more shot. The suspects fled after firing at the officer before losing control of the car in the area of Wisconsin Avenue and I-495. Two suspects were taken into custody right after the crash, and police found the third suspect after a search with K9 units and a Prince George’s County Police helicopter.

I wish they would start charging parents with neglect? Where do they think their kids are when they are out here committing crimes? Stop trying to be best friends and be their parents.

Now how horrible is that.The crime rate in this country is out of control and nothing is being done àbout it.Lock them up and throw away the key!!!!

Being charged as adults. Now we wait to see how the trial and punishment is commensurate. They'll probably plead down to misdemeanor juvenile charges.

UPDATE, Aug 13, 2022 — The Metropolitan Police Department said the man whom an officer shot and who was accused of assaulting the woman in the case is Rahman Mills, 29. Mills faces charges of Aggravated Assault and Possession of an Unregistered Firearm. Metropolitan Police Department’s Internal Affairs Bureau’s Force Investigation Team began looking at […]
WASHINGTON, DC・2 DAYS AGO
DC News Now

Man dies after ramming car into US Capitol barricade, shooting himself

United States Capitol Police said a man died by suicide Sunday after he rammed a car into a barricade then shot himself
WASHINGTON, DC・1 DAY AGO
DC News Now

Weekend of violence in the DMV

5 dead after weekend of shootings in Prince George’s County

GREENBELT, Md. (DC News Now) — A Maryland woman says she’s afraid in her own home after she was hit by a stray bullet in her Greenbelt apartment. Now Prince George’s County police are looking for the shooter. The woman did not want to be identified but said that was her life’s scariest moment. She […]
GREENBELT, MD・2 DAYS AGO
DC News Now

UPDATE 4:00 a.m.: Officials have confirmed that the vehicle was a rideshare with a passanger. Both the driver and the passenger are alive. UPDATE 10:06 p.m.: Officials said that the building is “structurally sound” but will not be able to be re-occupied “for the foreseeable future.” UPDATE: Four more people were transported to the hospital. […]
ARLINGTON COUNTY, VA・2 DAYS AGO
DC News Now

State of emergency in West Virginia due to correctional officer shortage

BERKELEY COUNTY, W.Va. (DC News Now) — Governor Jim Justice declared a state of emergency for West Virginia. The reason: not enough correctional officers at state prisons. This state of emergency comes after governor justice tried to push through a bill to give correction officers in the eastern panhandle a 10,000 dollar raise but, that […]
MARTINSBURG, WV・2 DAYS AGO

Migrants continue to pour into DC. This is their journey.

WASHINGTON (DC News Now) — For the past four months, migrants have been pouring into Washington DC,  sent by Republican governors in Texas and Arizona in a controversial decision. And this has worried city officials including Mayor Muriel Bowser who has now asked for the National Guard to assist with helping the city and migrant […]
WASHINGTON, DC・1 DAY AGO
DC News Now

Commanders Fans – Vote for Your Mascot!

WASHINGTON ( DC News Now) — The Washington Commanders are letting the fans pick their next mascot. To vote for your favorite, CLICK HERE.
WASHINGTON, DC・15 HOURS AGO
DC News Now

COLLEGE PARK, Md. (DC News Now) — On Saturday, the Maryland football team held their first preseason scrimmage. It’s only the preseason, and only a scrimmage between the Terps offense and defense, but it was a tier up from their typical practices. Head coach Mike Locksley spoke to the media via zoom after practice, and […]
COLLEGE PARK, MD・1 DAY AGO
DC News Now

WASHINGTON (DC News Now) — On Friday night’s edition of Gaming with Derek, the Game Night crew test their knowledge on D.C. and San Diego. Does Brandy get her first win?
SAN DIEGO, CA・2 DAYS AGO

Just over a week after he was traded to the San Diego Padres, Juan Soto makes his return to Nationals Park as the Nationals host a three-game series against the Padres.
WASHINGTON, DC・2 DAYS AGO
DC News Now