The homepage of www.newsleader.com, covering the communities of the central Shenandoah Valley of Virginia.

Staunton murder trial: 'I could see blood coming from his mouth'

STAUNTON — It was almost 11 p.m. the night of July 9, 2020, when gunshots in rapid succession rang out at the Springhill Village Apartments in Staunton.

Bruce Williams Jr., 26, who lived at the apartment complex, died near the parking after being shot multiple times.

Police found 15 shell casings from a .40-caliber gun, the closest 63 feet away from Williams' body, according to evidence presented Thursday in Staunton Circuit Court during the murder trial of Ja'Quez Brown, a 20-year-old Fishersville man charged with capital murder in the slaying.

Sgt. Charles Minix of the Staunton Police Department was the first officer to arrive at the scene and said he found Williams unresponsive.

“I could see blood coming from his mouth,” Minix testified.

A nearby dumpster appeared to have been struck by a round, and three impact marks where bullets hit the ground were also found, evidence showed. 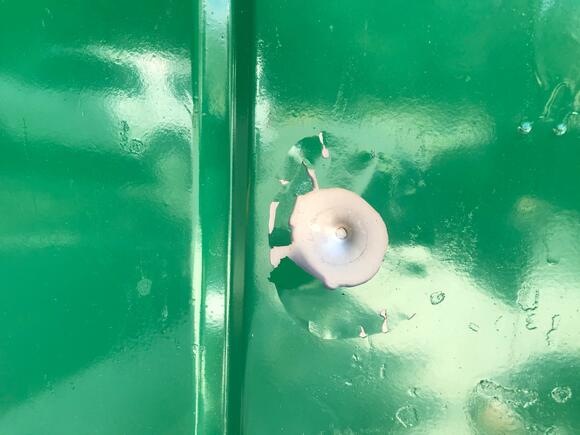 Another police officer testified Williams was found holding $240 in his right hand.

Besides capital murder, Brown faces charges of conspiracy to commit robbery, attempted robbery, and two gun charges. He pleaded not guilty to all five charges prior to the start of Thursday's trial. His alleged accomplice, Cameron Bahle, 22, is also charged with murder. Bahle, who hasn't been tried yet, is scheduled to testify Friday.

About a week after the killing, authorities arrested Bahle in Norcross, Georgia, where he was living with relatives. A gun was found hidden in a pillowcase, evidence showed. Brown was arrested the same day in Augusta County. The two suspects are cousins.

Video played in court Thursday showed Brown accompanying a man at Dominion Outdoors in Fishersville, where the man purchased .40-caliber rounds a day before Williams was shot to death.

Testimony also revealed that prior to the shooting, Brown used a local DuPont ATM while in the driver's seat of a vehicle and handed money to Bahle, who was in Staunton finishing a community service commitment that was part of a previous conviction.

Evidence also showed that Bahle used Snapchat to ask Williams to come out to Building I at the apartment complex, the same building near where his body was found.

At a preliminary hearing last year, Williams' girlfriend at the time of his death testified he began selling marijuana about a month before he was killed. Williams, a father of two, was shot multiple times, according to evidence presented at the prelim.

Much of Thursday's testimony revolved around the collection of evidence and its preservation.

The trial is expected to conclude Friday. Brown, 18 at the time of the shooting, faces the possibility of life in prison if convicted of capital murder. He is being represented by Richmond attorney Brent Jackson.

Wilson Fairchild and fostering pets: Where The News Leads

Brad Zinn is the cops, courts and breaking news reporter at The News Leader. Have a news tip? Or something that needs investigating? You can email reporter Brad Zinn (he/him) at bzinn@newsleader.com. You can also follow him on Twitter.

This article originally appeared on Staunton News Leader: Staunton murder trial: 'I could see blood coming from his mouth'

The homepage of www.newsleader.com, covering the communities of the central Shenandoah Valley of Virginia.