Mugshot of Texas man connected with deaths of 53 released 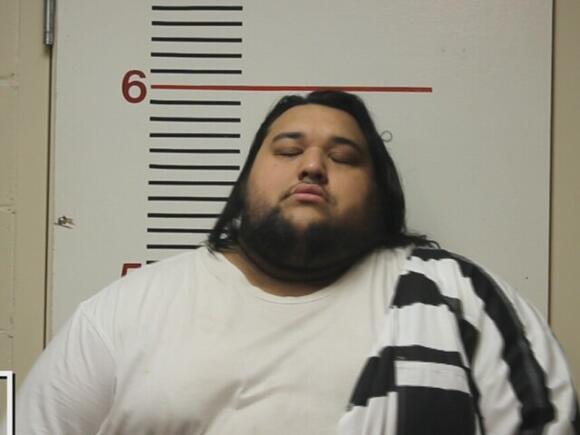 Officials in Anderson County have released the mugshot of a Texas man who is connected with the deaths of 53 migrants found in a tractor-trailer in San Antonio.

According to the United States Department of Justice, 28-year-old Christian Martinez was arrested on Tuesday in Palestine. He is charged with one count of conspiracy to transport illegal aliens resulting in death.

Officials also arrested 45-year-old Homer Zamorano Jr., who is also being charged for his alleged involvement. He was detained after being observed hiding in the brush, according to the DOJ.

"According to court documents, a search warrant was executed on a cell phone belonging to Zamorano," said the DOJ. "Through investigation, it was discovered that communications occurred between Zamorano and Martinez concerning the smuggling event."

If convicted, the men could face up to life in prison or the death penalty.

"Martinez had an initial appearance today in Tyler," said the DOJ. "He will be transported to San Antonio for further proceedings."

That’s not good!!! He’s going to run, you should have locked him in a trailer, and left him on the side of the road with no water and food, and Especially no air-conditioning

might want to check to see if he ate any of them. the number might be wat higher

Dam! He sure didn't miss ANY MEALS, did he? Creepy dude also looks passed out!! 🤪🤪😑

April 14 (Reuters) - Billionaire entrepreneur Elon Musk took aim at Twitter Inc (TWTR.N) with a $43 billion cash takeover offer on Thursday, with the Tesla CEO saying the social media company needs to be taken private to grow and become a platform for free speech. "I think it's very...
2022-04-15
NBC News

The Kentucky state legislature overrode Gov. Andy Beshear’s veto of a bill banning abortion after 15 weeks along with several other abortion restrictions.
2022-04-14

An Ohio man charged with storming the U.S. Capitol and stealing a coat rack testified that he joined thousands of protesters in ransacking the building last year on what he thought were orders from the president, Donald Trump. Dustin Byron Thompson, 38, of Columbus, Ohio, said Wednesday he took to...
2022-04-14
The Hill

Pfizer and BioNTech said Thursday that a third dose of their COVID-19 vaccine in children ages 5 to 11 produced a “high” immune response, and that they will apply for authorization for a booster dose in the age group soon. Pfizer said in a news release that a...
2022-04-14
The Hill

Donald Trump’s former White House chief of staff Mark Meadows has been removed from North Carolina’s voter rolls, according to the State Board of Elections. Meadows is also being investigated for allegations of voter fraud, the State Bureau of Investigation said. The decision to remove the former North...
2022-04-13

WASHINGTON (AP) — When President Joe Biden declares Russia’s Ukraine war “genocide,” it isn’t just another strong word. Calling a campaign that’s aimed at wiping out a targeted group “genocide” not only increases pressure on a country to act, it can oblige it to. That’s partly because of a genocide treaty approved by the U.N. General Assembly after World War II, signed by the United States and more than 150 other nations.
2022-04-13