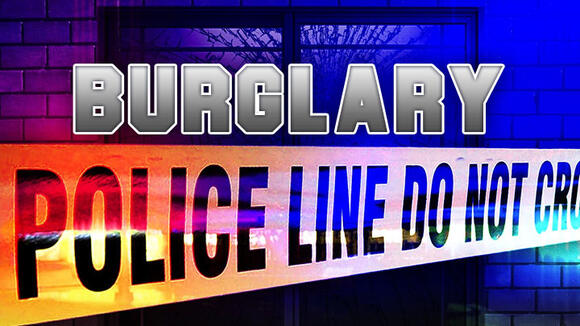 SOMERSET COUNTY, Pa. ( WTAJ ) — A group of men from Somerset County have been charged for an alleged home burglary that was planned and executed on June 13.

The burglary happened at the 300 block of Olinger Street in Meyersdale Borough around 3:45 a.m., according to charges filed. The alleged burglars include 19-year-old Tylor Ritchey, 19-year-old Christian Alarcon, 21-year-old Sebastian Jacques, 21-year-old Jason Knopsnyder and a juvenile.

Meyersdale Borough police noted that Knopsnyder dropped everyone off while he and Sebastian circled the block. Meanwhile, police said Ritchey, Alarcon and the juvenile were tasked with carrying out the burglary.

It’s reported that Ritchey and Alarcon tried checking the shed, but didn’t find anything. Then, Alarcon kept watch outside while Ritchey and the minor entered the unlocked side door of the home. Police also noted that there were six people sleeping inside the home.

The duo allegedly stole a safe that contained rare dollar mint coins, cash and other valuable items. An iPhone 13 Pro and a mason jar with $200 in cash inside was taken, as well.

After Ritchey and the minor were done, they went outside and ran toward Hill Street with Alarcon where Knopsnyder was waiting for them in his vehicle. Police reported they drove off in a hurry, and they went to Alarcon’s white Ford where they loaded the stolen items. They then allegedly threw the safe into the creek.

Police said the parents of Knopsnyder and Ritchey were cooperative, and the two have been arraigned on their charges with an unsecured bail set at $20,000 each. Alarcon and Jacques are still pending arraignment as of June 30.

Get daily updates on local news, weather and sports by signing up for the WTAJ Newsletter.

CAMBRIA COUNTY, Pa. (WTAJ) — Two people are behind bars after officers reportedly found drugs and a handgun with its serial number scratched off inside their home. On Aug. 12 around 6 a.m., Johnstown police executed a search warrant at a home on the 100 block of Dupont Street where 44-year-old Jessica Strobel and 18-year-old […]
JOHNSTOWN, PA・21 HOURS AGO
WTAJ

CAMBRIA COUNTY, Pa. (WTAJ)– A Johnstown man is accused of trying to rob someone of their money, though police said he only made off with house keys. Johnstown police were called to a house on David Street for a report of an armed robbery on Tuesday, Aug. 2 at about 5:21 p.m. When they arrived […]
JOHNSTOWN, PA・17 HOURS AGO
WTAJ

Police search for stolen Ford SUV out of Blair County

CLAYSBURG, Pa. (WTAJ) — State police are on the lookout for a Ford Escape that was reported stolen early Tuesday morning. Police were called to a home on Buttermilk Hollow Road in Greenfield Township on Aug. 16 where the owner reported their 2013 Ford Escape was stolen just before 3 a.m. The SUV is white […]
BLAIR COUNTY, PA・1 DAY AGO

SOMERSET COUNTY, Pa. (WTAJ)– A Berlin woman is missing and state police are asking for the public’s help in trying to find her. State police were called to perform a Welfare check for Tammy Berkey at a residence along the 1000 block of the Mason Dixon Highway in Brothersvalley Township on Thursday, Aug. 11 at […]
SOMERSET COUNTY, PA・20 HOURS AGO
WTAJ

CAMBRIA COUNTY, Pa. (WTAJ) — A Cambria County restaurant had cold hard cash stolen on July 31 and Pennsylvania State Police (PSP) said the man was caught right on camera. The accused man was at Sir Barney’s on Beaver Valley Road in Flinton that Sunday at around 11 a.m. He was later identified as 77-year-old […]
CAMBRIA COUNTY, PA・1 DAY AGO
WTAJ

HARRISBURG, Pa. (WTAJ) — A trio of dealers have been charged in an investigation into drug trafficking in Allegheny and Somerset counties, Attorney General Josh Shapiro announced Tuesday. According to a release from Shapiro, the investigation began in May 2021 into the ringleader, William Ely, 41, of Wilkinsburg, Pa., and two mid-level dealers, Jaylon Brock […]
WILKINSBURG, PA・20 HOURS AGO
WTAJ

BLAIR COUNTY, Pa. (WTAJ) — Blair County DUI Task Force officers will be hitting area roadways over the next few days and weeks to help deter and prevent drunk or drugged driving. The task force will be making themselves known through check points, roving patrols and/or mobile awareness in an effort to make roadways safer. […]
BLAIR COUNTY, PA・1 DAY AGO

CAMBRIA COUNTY, Pa. (WTAJ)– A corrections officer was injured after an inmate assaulted them on Sunday morning, according to a press release by the Cambria County District Attorney’s Office. According to DA Greg Neugebauer, at about 10 a.m. inmate Siddeeq Henry, 31, of Philadelphia assaulted a corrections officer who then had to go to the […]
CAMBRIA COUNTY, PA・1 DAY AGO
WTAJ

Somerset EMS to be primary service for Boswell Borough

SOMERSET COUNTY, Pa (WTAJ)– Beginning Saturday October 1st, Somerset EMS will become the primary EMS service for Boswell Borough. This change comes after the Boswell Volunteer Fire Department announced that it would cease its EMS services on Friday, September 30th. The Boswell Borough voted at their last meeting to have Somerset be the primary service. […]
SOMERSET COUNTY, PA・1 DAY AGO
WTAJ

HUNTINGDON COUNTY, Pa (WTAJ) – The Pennsylvania Department of Transportation (PennDOT) announced that work will start on a project that will resurface three miles of roadway on Route 26 in Huntingdon Borough and Smithfield Township. The work is scheduled to start on Monday, August 22. Beginning Monday, the contractor will begin work on the ADA […]
HUNTINGDON COUNTY, PA・17 HOURS AGO
WTAJ

Fire dept. pounces into action to save family pet

CAMBRIA COUNTY, Pa. (WTAJ) — A CAT-astrophe was adverted when the Reade Township Volunteer Fire Company was called to rescue one family member from a tree. After being stuck in a tree for over 12 hours, the McElheny family’s pet cat finally got all four paws on the ground and back to the children. The […]
BLANDBURG, PA・1 DAY AGO
WTAJ

SCHELLSBURG, Pa. (WTAJ)– The Pennsylvania Lumberjack Championship and Outdoor Show is underway this weekend at Camp Living Water in Schellsburg. Visitors can see more than thirty of the top lumberjacks in the world as they compete for more than twenty-thousand dollars in the pro-lumberjack competition. The founder of the competition Zach Brouse says its a […]
BEDFORD COUNTY, PA・2 DAYS AGO
WTAJ

CAMBRIA COUNTY, Pa (WTAJ) – The Pennsylvania Department of Transportation (PennDOT) is developing plans for the PA 164 to Route 2006 to Blair County Line pavement preservation project. PennDOT is holding a public meeting on Monday, August 22 from 6-7 p.m. at the Portage Township Municipal Building to discuss the project and receive public feedback. […]
CAMBRIA COUNTY, PA・1 DAY AGO
WTAJ

Altoona church sees uptick in people at food pantries, all are welcome

ALTOONA, Pa. (WTAJ)– A local church that has food pantries for families has seen an uptick in people and it wants to remind everyone that it’s open for the entire community. The Faith Baptist Church of Altoona says it’s seeing more regular families at its food pantries, especially...
ALTOONA, PA・15 HOURS AGO
WTAJ

School supplies, free haircuts at ‘Back to School Blessing Bash’

CAMBRIA COUNTY, Pa. (WTAJ)– The start of the new school year is right around the corner and back-to-school shopping can be expensive, which is why a school district will be holding a back-to-school bash. Blacklick Valley School District in Cambria County will be holding a “Back to School Blessing Bash” and handing out school supplies […]
CAMBRIA COUNTY, PA・1 DAY AGO
WTAJ