After a long journey, ‘Ascenders’ find a home in the Greenbrier Valley 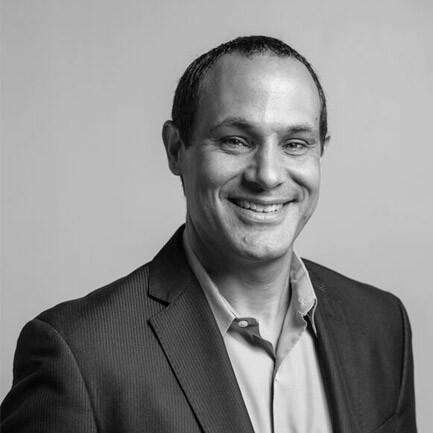 LEWISBURG (WVDN) – As a member of Ascend West Virginia ’s second class, Benjamin Isenberg is one of Greenbrier County’s newest residents. However, the unconventional path which brought Ben and his family to the Mountain State was somewhat less beaten than most. After spending more than a year traveling our nation’s roads in search of a place to call home, the Isenbergs soon got the feeling that they should have been in West Virginia yesterday.

“It was a real opportunity for us to take a look at the whole country and explore,” Isenberg said in a recent interview. “My wife and I are in our forties with two kids, and we knew we could go anywhere. So we said ‘hey, we’re just gonna travel this whole country and land wherever we want.’ It was pretty freeing.”

A career entrepreneur and principal owner of Symmetry Creative Agency, Isenberg’s background in environmental science and passion for sustainable conservation evolved into a successful career in destination marketing. Isenberg arrived in Lewisburg a mere three-days after being offered the chance to become an Ascender, and purchased a forever-home for his family less than 30-days later.

“If you had asked us – when we were getting ready to leave – where would we end up, the western-Maryland mountains and West Virginia were always high on our list,” Isenberg said. “We still have access to our family and friends in the Maryland area, and major hubs to travel fairly easily.”

A native Connecticuter by birth – prior to exploring the country with his family – Isenberg had spent six-years on Kent Island in Maryland’s Chesapeake Bay.

“The biggest thing for us is that we were looking for mountain living, and a small town,” Isenberg added. “That’s what pulled us. West Virginia Tourism’s message, and the way that Ascend was presented of ‘hey, you’re looking for this outside-lifestyle,’ and that just hit it right on the mark with my family.”

Isenberg, along with his 32 Greenbrier County “classmates,” represent the program’s second-round of placements. Late last year, the Morgantown-area served as the program’s initial cohort-location. Later in 2022, the Eastern Panhandle will become the new home of the program’s third-round participants. Currently, the intention is to place 1,000 “Ascenders” throughout West Virginia within the next five-years.

Among others, Isenberg credits Ryan King, Ascend West Virginia’s Greenbrier Valley Experience Coordinator, with helping to guide his family as they transition to life as Mountaineers.

“I have deep roots in Greenbrier County,” King told media members on Friday. “My family has been here for generations.”

King is deeply involved in the Ascend process – from candidate selection and placement, right down to recommending the most scenic hiking trail.

“I help them through the process, as much as you can help somebody as they go through a move,” King said. “Having someone local, who is on the ground that can help with some of those things tends to make life a bit easier.”

King was instrumental in the Isenberg’s purchase of their Lewisburg home by connecting the family with Greenbrier Valley realtor Alisha Patterson.

“It was wonderful meeting Ben and his family, and I’m so glad to now consider them friends,” Patterson told media members on Saturday. “They’ll be a huge asset to our community. This is a wonderful program. Since the Isenbergs, we’ve been able to help a few more Ascenders come to the area.”

“One of the biggest things about the program, and about Ascend as a whole, is really having people involved,” King added. “That’s the other piece of my job – really getting them involved in the community. If that’s from a volunteerism point of view, or if that’s starting up a brick-and-mortar business here locally, I help guide them through that process.”

King explained that the Greenbrier Valley perfectly represents the beauty of the state, and demonstrates the full range of West Virginia’s outdoor resources.

“Here in Greenbrier County, if that’s helping to introduce people to the River Trail, or helping them get acquainted with the State Parks here, we’re showcasing the entire region,” King added. “At Ascend, we believe that this (region) is a real gem in our state.”

This is a belief which the Isenberg family wholeheartedly shares.

“We fell in love with the town right away. So for us, it was perfect,” Isenberg noted. “After all that travel and looking at all those towns – everywhere from Seattle to Vermont – it was really hard to decide where to stop. Knowing how we were going to put roots down here, or even knowing if we were welcome here. For us, that was the beauty of Ascend.”

Including family-members, the Greenbrier Valley cohort will welcome a total of 61 “Ascenders” to the Lewisburg-area in the coming weeks. According to King, Ascend has transitioned to a “rolling-admission model,” and applications are currently being accepted for the next round of placements in all three program-locations.

The post After a long journey, ‘Ascenders’ find a home in the Greenbrier Valley appeared first on West Virginia Daily News .