Police: Man busted with crystal meth after cops were called on him 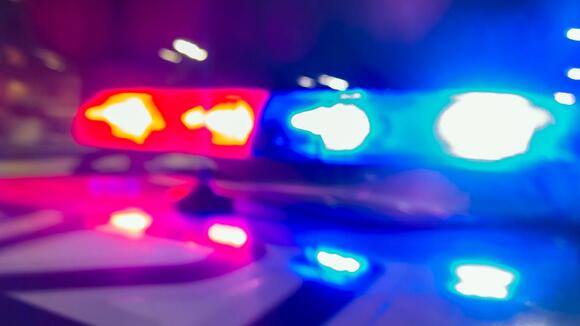 BLAIR COUNTY, Pa. (WTAJ) — A Tyrone man is facing drug charges after police said they found 2.2 oz. of suspected crystal meth on him as well as other drug paraphernalia.

On June 27, Tyrone Borough police were called to a home on East 16th Street for a report of a man, 30-year-old Michael McNeal, that was not supposed to be there due to a “previous incident,” according to charges filed. The caller said he was upstairs when he heard McNeal fighting with a woman.

‘I set the fire,’ Altoona man charged with arson at own home

McNeal told police he had gotten into a fight with the woman because he thought she cheated on him. Police noted McNeal had a bag on him that he gave officers permission to search.

Inside the bag, police reportedly found 2.2 ounces of suspected crystal meth, a digital scale covered in the suspected crystal meth residue, packaging material and $299 in cash. He also allegedly had a small amount of marijuana, a prescription-strength lidocaine patch and multiple pieces of drug paraphernalia.

Get daily updates on local news, weather and sports by signing up for the WTAJ Newsletter.

Police charged McNeal with one felony and two minor counts of drug charges. An unsecured bail of $50,000 was set, and his preliminary hearing is scheduled for July 12.

BLAIR COUNTY, Pa. (WTAJ)– A disturbance at a nursing home before getting a truck stuck in someone’s yard, all while being drunk, has led to charges for an Altoona man, according to police. Tyrone Borough police were called to Epworth Manor along Washington Avenue at 3:15 a.m. on Friday morning for a report of a […]
ALTOONA, PA・18 HOURS AGO
WTAJ

SOMERSET COUNTY, Pa. (WTAJ) — Two men are facing charges and and a third is wanted after state police say they were caught stealing copper wire from a business in Somerset County. Troopers were sent to the 300 block of Stonycreek Street in Boswell Borough at 4:43 a.m. Friday after it was reported two men […]
SOMERSET COUNTY, PA・15 HOURS AGO
WTAJ

CAMBRIA COUNTY, Pa. (WTAJ) — A Johnstown man is sitting in jail after multiple alleged incidents — two shootings in Johnstown and a police pursuit in Altoona. Devine Steven Andre Edwards, 28, is accused of stirring up trouble this year starting in June when Johnstown police were told he shot at an unknown man who […]
JOHNSTOWN, PA・21 HOURS AGO
WTAJ

BLAIR COUNTY, Pa. (WTAJ)– Charges have been filed against an Altoona man after he smacked a woman across the face causing her to drop a 3-month-old child she was holding during an argument, police report. On Friday, Aug. 5, Altoona police were called to the 2000 block of 5th Avenue for a report of a […]
ALTOONA, PA・2 DAYS AGO

Altoona man breaks into home, assaults man in his sleep

ALTOONA, Pa (WTAJ) — An Altoona man is behind bars after police were told he broke into a family’s home and assaulted a man before taking off on a pedal bike. Timothy Schwartztrauber, 31, has been arrested and charged for punching a man who he believed was having sex with a 15-year-old girl, according to […]
ALTOONA, PA・1 DAY AGO
WTAJ

DUBOIS, Pa. (WTAJ) — A Brockway man was arrested after police said he led them on a high-speed chase before ditching the motorcycle and trying to flee on foot. Alexander Ross, 35, was taken into custody after a 20-minute chase with police on Aug. 10 that led them through multiple townships that ended in DuBois. […]
DUBOIS, PA・1 DAY AGO
WTAJ

JEFFERSON COUNTY, Pa. (WTAJ) — A Jefferson County man is facing charges after being accused of inappropriately touching a young girl numerous times, according to state police. Dale Neill, 74, of Sigel, is facing numerous charges of indecent assault, including felony counts of indecent assault of someone under 13. According to police, they were called […]
JEFFERSON COUNTY, PA・2 DAYS AGO
WTAJ

PHILADELPHIA (AP) — A judge has reinstated third-degree murder charges against a woman in a crash on a Philadelphia interstate that claimed the lives of two Pennsylvania troopers and a civilian earlier this year. Common Pleas Court Judge Lillian Ransom’s decision Wednesday comes more than a month after a municipal court judge dismissed the charges […]
2 DAYS AGO
WTAJ

Teen rushed to hospital after crashing tractor in Bedford County

BEDFORD COUNTY, Pa. (WTAJ) — A 15-year-old boy was rushed to UPMC after police say the brakes on a tractor failed, causing him to crash in Colerain Township. The crash happened Aug. 10 at around 2:30 p.m. when the teen was driving the tractor, an International Harvester MXM155, on Rainsburg Mountian Road (Route 3013) just […]
BEDFORD COUNTY, PA・1 DAY AGO

CLEARFIELD COUNTY, Pa (WTAJ) – State police are investigating after a body was found in the Susquehanna River. The body was found on Thursday, August 12 in the West Branch of the river near Curwensville. According to Clearfield County Coroner, Kim Shaffer Snyder, an autopsy has been scheduled for Saturday, August 13. No further information […]
12 HOURS AGO
WTAJ

BEDFORD COUNTY, Pa. (WTAJ) — Three men are facing charges after they were accused of assaulting a West Virginia man they tried to rob at a party. Tyler Bumgardner, 18 of Everett, Jadin Zinn, 18 of Clearville and Xavier Barger, 19 of Rawlings, Maryland are charged with attempted robbery, aggravated assault, simple assault, harassment and […]
RAWLINGS, MD・2 DAYS AGO
WTAJ

CAMBRIA COUNTY, Pa. (WTAJ) — Props, costumes and masks were stolen from a warehouse at the former Cresson State Prison. The props were set to be used for an upcoming haunted house exhibit. On Saturday, July 30, co-creator of Imaginarium Sanitarium Ryan Rader noticed shattered glass and missing items when he visited the warehouse that […]
2 DAYS AGO
WTAJ

BEDFORD COUNTY, Pa. (WTAJ)– Multiple injuries were reported following a two-vehicle crash in Bedford Count on Thursday morning. According to dispatch, at 7:36 a.m. crews were called to I-99 in Bedford Township at the end of the PA Turnpike exit/entrance ramp near the former Ed’s Steak House for a two vehicle crash, according to dispatch. […]
BEDFORD COUNTY, PA・1 DAY AGO
WTAJ

Man dead after crashing motorcycle on Route 350 in Centre County

CAMBRIA COUNTY, Pa (WTAJ) – The Gallitzin Fire Company announced on Friday, August 12 the line-of-duty death of Fire Chief Christopher “Dauber” Cox. Chief Cox joined the fire service in 1993 and served the community for over 29 years. The Gallitzin Fire Company announced his passing on their Facebook page. They also said that he […]
GALLITZIN, PA・11 HOURS AGO