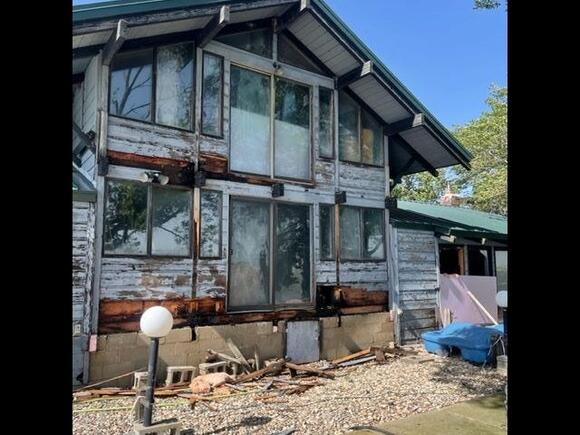 One of those power line fires spread to a nearby home, according to the fire department.

That call was at 3:40 p.m. at 1340 25th St. S.W., according to a news release from Watertown Fire Rescue. Responders were initially called to a report of a downed power line that was snapped when a tree branch fell on it. When it fell, a nearby tree caught on fire, and winds spread embers to a neighboring house.

The fire was initially on the exterior of the house in multiple places, according to the release, but responders also found that flames extended inside. Wood paneling was removed to extinguish the fire.

No injuries were reported, but the home had moderate fire and water damage and light smoke damage.

This first downed power line call was at 7:30 a.m. in the 1200 block of 21st Street Southwest. According to a news release, high winds caused the overhead power line to snap and start nearby grass on fire.

No structures caught fire and there were no injuries.

A second house fire on Wednesday involved an abandoned house in the Waverly area.

Watertown Fire Rescue was called to 45961 165th St. at 6:15 p.m. It was a private farm site with heavy tree coverage, and heavy black smoke could be scene upon arrival. Once on scene, crews found an old, abandoned farm house fully engulfed in flames, according to the release.

High winds pushed the flames over the treetops, causing them to catch fire, and embers from the trees then started a grass fire, according to the release.

The house was a total loss.