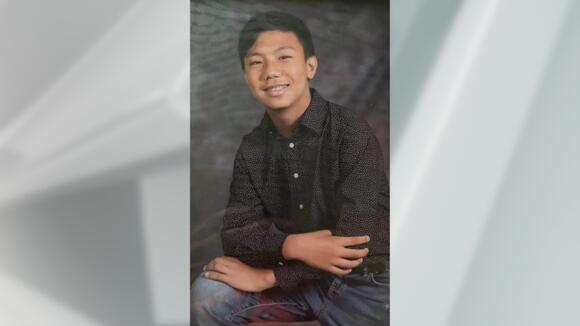 NEW FREEDOM, Pa. (WHTM) — The York County Coroner’s Office says a 12-year-old boy died from accidental drowning in a camp pool in New Freedom Borough hours after he had been reported missing.

Pau Khai was found deceased in a pool at Summit Grove Campground around 2 a.m., in the area of 140 S. Front Street. The campground says he was a member of Westminster Presbyterian Church in Lancaster and was attending a three-day church-sponsored junior high retreat.

According to the camp, the group was swimming between 3:30 p.m. and 6 p.m. when after which they left the pool and noticed him missing. The camp says Westminster Presbyterian Church organizers checked the pool for Pau before calling 911. A missing person advisory was issued at 11:45 p.m. on Wednesday.

Pau was last seen around 3:45 p.m. Wednesday and was later located in the pool at 2 a.m. on Thursday.

Southern Regional Police Chief James Boddington said earlier this week the death is being investigated as a drowning.

“We have to take every precaution and treat everything as seriously as it could possibly be just in case, but at this point, we have no information that it’s anything other than an accident. But we’re certainly going to look into every aspect just to make sure,” Southern Regional Police Chief James Boddington said.

Police and rescue crews have recommended that the camp cancel events for Thursday, June 30.

Summit Grove, a non-denominational Christian camp and conference center, says they “will conduct an exhaustive internal review of this incident.”

“Our thoughts and prayers remain with the Khai family, Pau’s friends, and the Westminster Presbyterian Church community as we continue to collectively mourn and process this devastating loss. Nothing is more important to Summit Grove than the health and wellbeing of all who utilize the campus. We thank you for your continued support of Pau’s family, the Westminster Presbyterian Church community, and Summit Grove during this most difficult time”

This is a developing story. Stay up to date on the latest from abc27 News on-air and on the go with the free abc27 Mobile app.

there is something terribly wrong here..not a drowning ..everyone leaving pool notices he's missing but the pool isn't checked and no one sees him in pool until 3am when it's dark...police need to do job and investigate this one..doesn't add up

...so during 3+ hrs NOT ONE PERSON noticed he was MISSING..??? Nobody takes their jobs and responsibilties seriously these days, i see more scrutiny and vigilence from cashiers inspecting my manufacturers coupons than lifeguards, daycare workers etc..🙄SMH

Something seems not quite right about this story.....especially the fact that he was twelve...not like he was three... doesn't add up...do they check the background of these "camp workers" ja???. Prayers for that family

Police in Upper Allen Township, Cumberland County, say an elderly woman was struck in the head by a rock or similar object.
CUMBERLAND COUNTY, PA・9 HOURS AGO
abc27 News

An overnight shooting has left at least one person injured in Harrisburg, according to Dauphin County dispatchers.
HARRISBURG, PA・8 HOURS AGO
abc27 News

The state police fire marshal was on the scene of a fire at an abandoned bar on the 100 block of Enola Drive in Cumberland County Monday morning -- the same bar that was damaged by arson last week.
CUMBERLAND COUNTY, PA・11 HOURS AGO

Old York hospital to be turned into apartments

A former hospital in York County will soon turn into an apartment building.
YORK COUNTY, PA・4 DAYS AGO
abc27 News

LANCASTER COUNTY, Pa. (WHTM) — Police in Lancaster County received an unusual letter in July thanking them for their help. The writer is a resident who said officers helped him turn his life around after he decided to commit “suicide by cop.” Lt. Josh Kilgore, who responded to the initial mental health episode, said reading […]
LANCASTER COUNTY, PA・3 DAYS AGO
abc27 News

Stop Hopper is similar to a ride-share service. Customers can use an app on their phone and request a ride to an area within the service zone.
CHAMBERSBURG, PA・6 HOURS AGO

DAUPHIN COUNTY, Pa. (WHTM) — A nonprofit youth program in Dauphin County is looking for a new home, trying to raise $200,000 to buy their own space. The nonprofit, Youth 10 X’s Better, needs a new space to host the many programs they run for kids. The lease on their current space is up in […]
DAUPHIN COUNTY, PA・1 DAY AGO
abc27 News

It was the first grist mill in the county, according to its owner, but since then it's found a new life as a wedding venue. And now it's up for sale.
LANCASTER COUNTY, PA・4 HOURS AGO
abc27 News

York County residents can breathe a little easier the next time a disaster happens as the county is working to make sure everyone is prepared.
YORK COUNTY, PA・4 DAYS AGO
abc27 News

A judge has reinstated third-degree murder charges against a woman in a crash on a Philadelphia interstate that claimed the lives of two Pennsylvania troopers and a civilian earlier this year.
PHILADELPHIA, PA・4 DAYS AGO

METZ, W.Va. (AP) — A small plane with at least three people on board crashed in northern West Virginia, authorities said. The single-engine plane was flying from Bloomfield, Indiana, to Myerstown, Pennsylvania, when it went down in a wooded area Thursday in the Marion County community of Metz, the Federal Aviation Administration said in a […]
METZ, WV・3 DAYS AGO
abc27 News

It was the Harsco building for half a century, but Harsco has moved to Philadelphia.
WORMLEYSBURG, PA・6 HOURS AGO
abc27 News

YORK, Pa. (WHTM) — One Midstate fire department just got brand new members. Four new firefighters took their oaths in York on Thursday, Aug. 11. Starting next Monday, they will start training at the fire academy. Like all new firefighters, they will have to complete a one-year probationary period. “The passion I’ve always felt wanting […]
YORK, PA・4 DAYS AGO
abc27 News

York County sunflower festival has around 10 football fields of blooms

HARRISBURG, DAUPHIN COUNTY (WBRE/WYOU)— A man from Harrisburg was sentenced for making false statements while purchasing multiple guns in three Pennsylvania counties, according to the U.S. Attorney’s Office for the Middle District of Pennsylvania. U.S. Attorney Gerard M. Karam said Eseyuiel Caraballo, age 37, of Harrisburg, was sentenced to five years of probation for attempting […]
HARRISBURG, PA・5 DAYS AGO
abc27 News