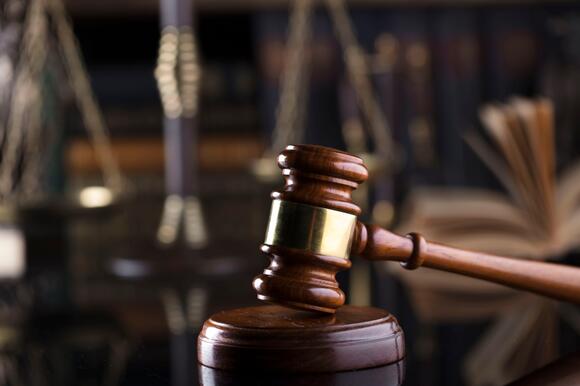 She admitted to lying about a program that allowed people charged with crimes to pay cash and gift cards to avoid criminal sanctions, according to United States Attorney William Ihlenfeld.

Taylor admitted she lied about the “Slow Down for the Holidays” program, a “government-sanctioned initiative allowed those charged with DUI and other crimes in Pleasants County to donate cash, gift cards, or other items of value to dodge prosecution.”

“Taylor, as the clerk of the police department, helped to collect the donations and was asked about the specifics of her role when she testified earlier this year. She told grand jurors that she had no knowledge of anyone personally benefiting from the program and that all proceeds went to charitable causes. However, investigators discovered that she had used at least one of the program gift cards for her personal benefit,” said the court in a statement Wednesday.

“A policy that allows one to buy their way out of a DUI is inherently wrong and never should have been implemented in the first place,” said U.S. Attorney Ihlenfeld. “It is not surprising that someone involved with this ill-advised program kept a portion of the donations for herself.”

Taylor faces up to five years of incarceration and a fine of up to $250,000. Under the Federal Sentencing Guidelines, the actual sentence imposed will be based upon the seriousness of the offenses and the prior criminal history, if any, of the defendant.

Assistant U.S. Attorney Jarod J. Douglas is prosecuting the case on behalf of the government. The matter remains active and is being investigated by the West Virginia Commission on Special Investigations.

A Jefferson County man pleaded guilty to entering the capitol on January 6. Steve Billingsley is guilty on charges of knowingly entering or remaining in a restricted building or grounds without lawful authority and disorderly and disruptive conduct in a restricted building or grounds. Billingsley will owe $500 in damages. He could face up to […]
JEFFERSON COUNTY, OH・12 HOURS AGO
WTRF- 7News

A former Belmont County Commissioner and current St. Clairsville City Councilman has pleaded guilty to mail fraud. Mark Thomas entered a plea of guilty to one count of mail fraud. On September 30 a federal grand jury charged Thomas with crimes related to stealing more than half a million dollars from an elderly woman with […]
BELMONT COUNTY, OH・1 DAY AGO
WTRF- 7News

On August 11, the Kroger Company filed a motion to dismiss a lawsuit filed against them by the parents of a teenage boy who received an undiluted COVID-19 vaccine dose at a Parkersburg, West Virginia store. The company claims that federal and state laws make them immune from liability. The motion was filed in U.S. […]
PARKERSBURG, WV・5 HOURS AGO
WTRF- 7News

Kyle Barry of Zanesville, Ohio, was sentenced to 10 to 15 years in prison after providing a 25-year-old man, who he claimed to be friends with, drugs that later killed him. According to the Muskingum County Prosecutor’s Office, Barry was sentenced in common pleas court after he previously pleaded guilty to involuntary manslaughter and trafficking […]
ZANESVILLE, OH・1 DAY AGO
WTRF- 7News

A Pennsylvania man allegedly threatened to ‘slaughter the FBI after the FBI searched former President Donald Trump’s Mar-a-Lago estate.  Adam Bies, 46, from Mercer County, allegedly took to the social platform Gab as user “BlankFocus,”  and said, “from the director down to the janitor who cleans their [expletive] toilets deserves to die. You’ve declared war […]
MERCER COUNTY, PA・16 HOURS AGO

UPDATE: Wheeling University lockdown lifted. Wheeling PD has advised that they have investigated and concluded that the possible gun situation incident was found to be two juveniles with masks, chasing another juvenile with a soda can. There was no gun as initially reported. WHEELING, W.Va. — Wheeling 911 dispatch has alerted the Wheeling University Department […]
WHEELING, WV・1 DAY AGO
WTRF- 7News

A Pennsylvania 3-year-old was taken to Children’s hospital after they received alcohol at a restaurant. The child allegedly was served sake from  Saga Hibachi Steakhouse in Monroeville. The child’s mother told WPXI she was sitting at hibachi when the chef gave sake to the adults at the table and gave what the chef thought was […]
MONROEVILLE, PA・11 HOURS AGO
WTRF- 7News

CHARLESTON, W.Va. (AP) — West Virginia Gov. Jim Justice scoffed Monday at a suggestion by Democratic lawmakers to let voters decide whether abortion should continue to be allowed in the state. The Republican governor said the state’s abortion law falls under the scrutiny of the Legislature and the attorney general. During a legislative special session […]
16 HOURS AGO
WTRF- 7News

WHEELING, W.Va. (WTRF) Here is a look at the week’s top headlines. Who responds to 911 calls in Marshall County? A letter sent this week is raising some issues with that.  –> West Virginia Sheriff says he’s no longer responding to certain 911 calls in WV city <– The letter, sent by the Marshall County […]
MARSHALL COUNTY, WV・2 DAYS AGO

A West Virginia man blames Amazon for a house fire that killed his mom. Dion Adkins, from Huntington, says his mom died because the heated pet bed he purchased from Amazon.com was defective. According to the West Virginia Record, Drema Adkins, Dion’s mother, used the heated bed for her cats to lie on in the […]
HUNTINGTON, WV・15 HOURS AGO
WTRF- 7News

CHARLESTON, W.Va. (AP) — West Virginia Democrats want voters to be able to decide whether abortion should continue to be allowed in the state. The call comes after residents in Kansas, another state with a GOP-controlled Legislature, rejected a ballot measure earlier this month that would have allowed lawmakers to tighten restrictions or ban the procedure outright. […]
POLITICS・1 DAY AGO
WTRF- 7News

WHEELING, W. Va. (WTRF)-The city of Wheeling is taking a step forward with purchasing 19 new police cruisers totaling nearly $1 M.  The city council unanimously passed this motion Tuesday night. It’s all part of the department’s new assigned vehicle program.  These 19 new cruisers mean every patrolman will have their own vehicle, instead of […]
WHEELING, WV・4 HOURS AGO
WTRF- 7News

West Virginia is 2nd most affordable state to live in

CLARKSBURG, W.Va. (WBOY) — A new WalletHub study named its best states to live in in 2022. The financial website has a history of ranking West Virginia toward the bottom of similar lists it’s made, declaring the Mountain State the worst economy in the country, the least fun state and recently, one of the worst […]
REAL ESTATE・1 DAY AGO
WTRF- 7News

CHARLESTON, W.Va. (AP) — West Virginia’s health agency has bought 16 vans to provide free COVID-19 testing and vaccines at school and community events, officials said. A grant from the U.S. Centers for Disease Control and Prevention paid for the vans, the state Department of Health and Human Resources said in a news release Monday. […]
PUBLIC HEALTH・17 HOURS AGO
WTRF- 7News

An Ohio woman died over the weekend after a raft she was on overturned at a Pennsylvania State Park. According to WPXI, the Ohio woman died at Ohiopyle State Park in Fayette County Saturday afternoon. The Operations Manager at the park told the news outlet that the woman fell into the rapids on the Lower […]
FAYETTE COUNTY, PA・1 DAY AGO
WTRF- 7News