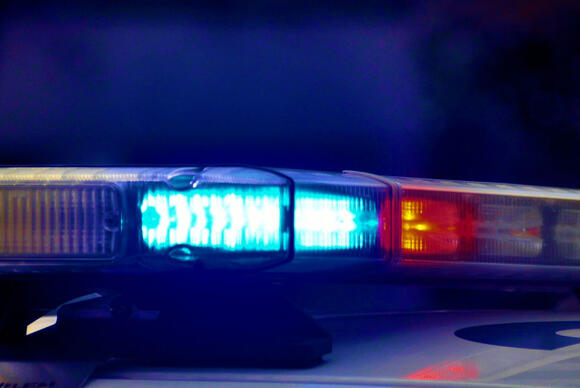 According to the Central Minnesota Violent Offender Task Force, the package was bound for a home in the 1700 block of 7th Ave. S. in St. Cloud.

Minneapolis Airport Police alerted the task force to the intercepted parcel on June 6, prompting a raid of the home. Daeshawna Kay West, 33, was arrested during the raid in connection with first-degree possession of a controlled substance.

Authorities say they also found a large amount of marijuana in the home and arrested Angela Marie Imdieke, 43, in connection with fifth-degree possession of a controlled substance.

Eric Antonio Dodd, 31, of St. Cloud, who authorities allege ordered the fentanyl pills from Arizona, was taken into custody on June 17.

A St. Paul man has been indicted for the armed robberies of three University Avenue grocery stores earlier this year. According to Minnesota's U.S. Attorney Andrew Luger, Nicholas Antwain Dancy, 38, struck on three occasions between May 27 and June 5. Targeted in the alleged robberies were Towfiq Grocery, Midway...
SAINT PAUL, MN・12 HOURS AGO
Bring Me The News

Employees at Mystic Lake Casino were injured last week when a man allegedly attacked security personnel with large pieces of wood, saying he was "fed up with the system." Trevor E. Will, 49, of Eagle Lake, is charged in Scott County District Court with two counts of second-degree assault with a dangerous weapon.
16 HOURS AGO
Bring Me The News

A woman who critically injured another woman in a shooting outside the downtown Minneapolis Target last week has been charged. Perishea Young, 23, from West St. Paul, has been charged with second-degree intentional attempted murder and first-degree assault. The incident happened on Wednesday, Aug. 10 just before 6 p.m. in the area of 9th St. and Nicollet Mall.
MINNEAPOLIS, MN・16 HOURS AGO
Bring Me The News

Pair wanted for questioning for assault, property crimes in Hugo

Police are looking for help identifying a man and a woman wanted for questioning in connection with assault and property crimes in Washington County. The crimes allegedly happened in the Hugo area, with the Washington County Sheriff's Office on Thursday releasing surveillance footage showing a pair of possible suspects. They...
HUGO, MN・20 HOURS AGO

Man stabbed to death in his Minneapolis home identified

The man stabbed to death by a suspect who broke into his Northeast Minneapolis home has been identified. The Hennepin County Medical Center says 32-year-old Ryan Peterson died from "multiple sharp force injuries" following the attack Friday morning according to the medical report. He was found in the home with a knife in his neck, according to the criminal complaint.
MINNEAPOLIS, MN・1 DAY AGO
Bring Me The News

A motorcyclist died when he lost control in the Twin Cities early Tuesday morning. A 45-year-old man, identified as Thomas Launderville, from St. Paul, was killed in the crash on Highway 280. According to the Minnesota State Patrol crash report, he was driving a 2004 Harley Davidson southbound on Hwy....
SAINT PAUL, MN・17 HOURS AGO
Bring Me The News

The man who died after being shot near 38th and Chicago in south Minneapolis, also known as George Floyd Square, has been identified. The Hennepin County Medical Examiner's Office says that Aaron James Rodgers, 25, of Las Vegas, died after being found lying near the intersection just before 1 p.m. Sunday.
MINNEAPOLIS, MN・6 HOURS AGO
Bring Me The News

Vandals recorded on surveillance footage at the Hmong Cultural Center in St. Paul on Sept. 8, 2021. Courtesy of Hmong Cultural Center. A new report by the Minnesota Bureau of Criminal Apprehension details the motivations behind hate crimes reported in the state last year. The Uniform Crime Report, released Friday,...
MINNESOTA STATE・1 DAY AGO

1 dead, 1 critical after shooting at 38th and Chicago in Minneapolis

Gunfire near the area known as George Floyd Square left one man dead and another with life-threatening injuries on Sunday. The shooting was reported at 12:50 p.m., with police arriving to find a victim in his 20s lying near the intersection of 38th Street and Chicago Avenue, according to Minneapolis Police Department.
MINNEAPOLIS, MN・1 DAY AGO
Bring Me The News

Police have issued an appeal to find a 15-year-old boy missing from his home in Grasston, Minnesota. The alert was issued by the Minnesota Bureau of Criminal Apprehension, which says Sebastion Wolbersen-O’Hara was last seen leaving his Pine County home Friday at 9 p.m. on his bike. The BCA...
GRASSTON, MN・1 DAY AGO
Bring Me The News

Authorities say more than 40 rounds were fired in a shooting near a Brooklyn Park apartment building that resulted in a boy being hospitalized and numerous vehicles and apartments sustaining damage in the barrage of bullets. According to an alert sent out by the Brooklyn Park Police Department, officers responded...
BROOKLYN PARK, MN・2 DAYS AGO

A Twin Cities LA Fitness is closed after a fire broke out Monday morning. A spokesperson with the city of St. Louis Park said the fire closed the location at 3555 S. Hwy. 100 before it had opened for the day. The department is still trying to determine what started...
1 DAY AGO
Bring Me The News

A car slammed into construction equipment in Waconia early Saturday morning, killing a 16-year-old passenger and injuring the 16-year-old driver. According to the Carver County Sheriff's Office, the crash happened around 4:20 a.m. when a 16-year-old from Waconia driving a Toyota Camry northbound on Oak Ave. collided with payloader that was parked on the east side of the lane near Goldfinch Dr.
2 DAYS AGO
Bring Me The News

A Minneapolis man died in a hospital four days after a crash involving five motorcyclists in Wisconsin. Ivan Davis, 69, was one of five motorcyclists heading north on Hwy. 87 near St. Croix Falls on the afternoon of Monday, Aug. 8, when the crash happened. Per the St. Croix County...
MINNEAPOLIS, MN・1 DAY AGO
Bring Me The News

Hunt for suspect who broke into apartment, fatally stabbed man

Police in Minneapolis are searching for the suspect in a fatal stabbing Friday morning in the Windom Park neighborhood. A man was fatally stabbed at an apartment on the 1800 block of Arthur St. NE by a suspect who broke in just before 8 a.m., and fled the scene before police arrived.
MINNEAPOLIS, MN・4 DAYS AGO
Bring Me The News

A man has been charged with fatally shooting a downtown Minneapolis apartment resident and then throwing the alleged murder weapon on top of the WCCO-TV building. Mohamed Zaher, 21, of Minneapolis, has been charged with second-degree murder without intent and first-degree manslaughter for the killing of 31-year-old Ahmed Elsaied, who died of a gunshot wound to the head, according to the Hennepin County Medical Examiner.
5 DAYS AGO
Bring Me The News

Shamar Alon Lark (left) Rashad Jamal May (right) are wanted in connection with the Aug. 4 shooting at Mall of America. Courtesy of Bloomington Police Department. The Bloomington Police Department is expected to provide an update Thursday evening on the investigation into last week's gunfire at Mall of America. Paul...
5 DAYS AGO