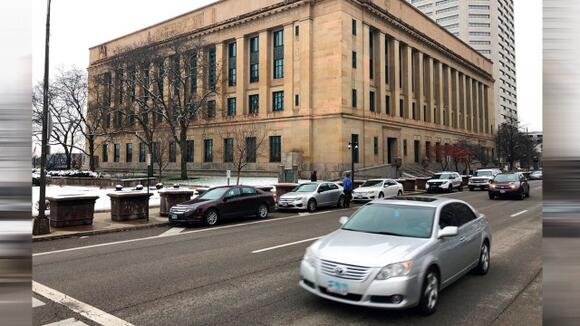 U.S. Attorney Kenneth L. Parker announced Wednesday that the following people have been charged in a polydrug trafficking organization:

Parker states the drugs included in the arrests consist of 76 kilograms of fentanyl, including 115,500 fentanyl-laced pills, nine kilograms each of methamphetamine, cocaine and marijuana, and distributable amounts of heroin and crack cocaine.

“In what is believed to be the largest single fentanyl seizure ever in the Southern District of Ohio, the government has removed approximately $4.5 million worth of fentanyl and fentanyl pills from our streets,” Parker said. “Today’s cooperative law enforcement operation has the potential to save lives.”

This investigation into the 10 arrested stems from the early June arrest of Isabel Odir Castellanos, of Los Angeles.

Court documents allege Castellanos, a business owner of a transportation company and a semi-truck driver who would frequently travel across the U.S., would bring the drugs from Los Angeles to Columbus to the home of Susana Orellana.

Orellana would then deliver the drugs to distributors who would sell them in Central Ohio, Youngstown and Springfield areas of Ohio as well as parts of West Virginia, according to court documents. Orellana would then allegedly collect the drug proceeds and return them to Castellanos before he returned to California.

“Many of the individual drug transactions charged involve tens of thousands of dollars. For example, one drug transaction detailed in an affidavit describes Orellana transporting 5,000 fentanyl pills to Childs’ home in Columbus in exchange for $36,000,” the release reads. “To date, law enforcement officials have seized from the defendants more than $478,000 in cash, a semi-truck, a Porsche Panamera, a BMW X5 and a GMC Terrain.”

All those arrested were scheduled to be in federal court Wednesday.

Life in prison for all of them, Forfeiture of all property and loot.... just a shame we can't " Old Sparky" all of them...

COLUMBUS, Ohio (WCMH) — The FBI confirms agents were “conducting court-authorized law enforcement activity” at an address linked to the man investigators say attacked the agency’s Cincinnati office Thursday. Ricky Shiffer, 42, was killed in what authorities describe as a shootout with officers in Clinton County, following a chase and hours-long standoff after Shiffer fired […]
CINCINNATI, OH・1 DAY AGO
NBC4 Columbus

Leaving the helmet behind: Motorcycle deaths jump 40% in Ohio since 2017

With fewer riders opting to wear a helmet or take a safety course, motorcycle fatalities are on the rise in the Buckeye State, jumping by 42% from 2017 to 2021, according to data from the Ohio State Highway Patrol. MORE: https://nbc4i.co/3QCWbhR.
OHIO STATE・3 HOURS AGO
NBC4 Columbus

COLUMBUS, Ohio (WCMH) — A child was shot twice in the leg on Doulton Court on Friday night. Officers responded to a call around 8:40 p.m. that a child was shot multiple times in the leg. The child was transported to Nationwide Children’s Hospital and is reportedly in stable condition. Police have not released any […]
COLUMBUS, OH・1 DAY AGO
NBC4 Columbus

Ohio FBI standoff suspect: Did he live in Columbus?

See a previous press conference where the Ohio State Highway Patrol explained the standoff situation in the video player above. COLUMBUS, Ohio (WCMH) – A man named as the shooter that tried to break into the FBI’s Cincinnati office and later got in a standoff with authorities may have been from Columbus. The Ohio State […]
COLUMBUS, OH・2 DAYS AGO

COLUMBUS, Ohio (WCMH) — Central Ohio Crime Stoppers and police detectives are looking for community tips into the 2020 shooting death of Zachariah Perry in south Columbus. On May 5, 2020, Columbus police officers went to the 1100 block of Heyl Avenue and found two men with gunshot wounds. Perry was pronounced dead at 5:13 […]
COLUMBUS, OH・7 HOURS AGO
NBC4 Columbus

COLUMBUS, Ohio (WCMH) – Video released Friday by the Ohio Department of Transportation showed the aftermath of an attempted break-in at the FBI Cincinnati office and the lead-in to a nearly six-hour standoff. The majority of the video showed suspect Ricky Shiffer, 42, trailing ahead of a single marked patrol car with the lights off […]
COLUMBUS, OH・2 DAYS AGO
NBC4 Columbus

Where Ohio ranks among best states to have a baby, according to a study

Personal finance site WalletHub weighed all 50 states and the District of Columbia to find the best – and worst – states to give birth and raise a young child.
OHIO STATE・1 DAY AGO

COLUMBUS, Ohio (WCMH) — The mother of a 23-year-old man killed by Columbus police is dropping her federal appeal after officers were found not liable in a wrongful death lawsuit. Henry Green was shot and killed in 2016 during a confrontation with officers Zachary Rosen and Jason Bare who were working undercover in the South […]
COLUMBUS, OH・1 DAY AGO
NBC4 Columbus

The spotted lanternfly may be a stunning sight for some, but for others, it's a cause for concern.
PENNSYLVANIA STATE・1 DAY AGO
NBC4 Columbus

COLUMBUS, OH (WCMH) — The state of Ohio has surpassed 3 million COVID-19 cases, a grim milestone that is having local health officials raising concern. Mount Carmel Infectious Disease Doctor Mike Herbet says despite less virulent variants, the high transmission is a concern. “The current strains seem to be less virulent so that means there […]
OHIO STATE・1 DAY AGO

Anybody who has taken a course in marketing, psychology or sociology is likely familiar with Maslow’s Hierarchy of Needs. First detailed by psychologist Andrew Maslow in his 1943 work “A Theory of Human Motivation,” the hierarchy breaks down the complex network of human thoughts into a categorical triage, placing self-development at the top and security and […]
COLUMBUS, OH・8 HOURS AGO
NBC4 Columbus

COLUMBUS, Ohio (WCMH) — Two people have been hospitalized after being hit by a car overnight Sunday in north Columbus, according to Columbus police. Police say that at around 2:30 a.m., two people were hit by a car at the intersection of Summit Street and Chittenden Avenue before the car drove away from the scene. […]
COLUMBUS, OH・8 HOURS AGO
NBC4 Columbus

COLUMBUS, Ohio (WCMH) – Two people went to the hospital Thursday night after being struck by gunfire, according to the Columbus Division of Police. CPD sent officers at 10:38 p.m. to a home near the intersection of Cleveland Avenue and Bretton Woods Drive after getting a report that someone had fired shots. Before they got […]
COLUMBUS, OH・2 DAYS AGO
NBC4 Columbus

An earlier report on the shooting can be seen in the video player above. COLUMBUS, Ohio (WCMH) — Columbus police announced Sunday that a 21-year-old man died after being shot Saturday morning near a downtown Columbus nightclub. CPD state that they received reports of a shooting close to 1:45 a.m. Saturday near the XO nightclub […]
COLUMBUS, OH・3 HOURS AGO
NBC4 Columbus

Is Ohio State among the most or least expensive of the top public universities?

In some countries, such as Poland and Denmark, getting an affordable (virtually free) public education is within reach of all citizens and residents of other EU nations. In the United States, the cost of public school depends on state residency.
COLUMBUS, OH・1 DAY AGO
NBC4 Columbus