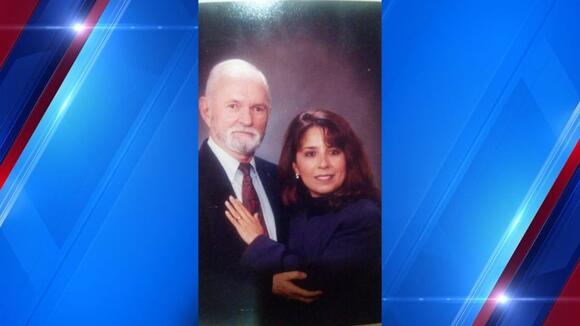 On April 20, 1998 an unidentified woman was found along highway 276 near Maidenwater Spring.

When police arrived, they found the 37 to 45-year-old woman wrapped in duct tape, tied with rope, and placed inside a sleeping bag. She had also been wrapped up in a carpet.

Despite an investigation conducted by multiple agencies, the case went cold.

But that finally changed in 2018 when a photo of the victim was released to the public.

Where to watch fireworks in Utah

Investigators in Utah found that the Youngstown, Ohio Police Department released a photo of a missing woman that dated back to 1998.

The photos were a match.

After collecting DNA from family members who traveled to Utah from San Luis Potosi, Mexico, investigators identified the woman as Lina Reyes Geddes of Youngstown, Ohio.

After further investigation combined with the new DNA results, investigators say they have identified the person responsible for Geddes’ death, Her husband, Edward Geddes.

“After 24 years, this case has finally reached a conclusion that will bring closure to the family of Lina Reyes Geddes,” law enforcement said in a press release.

You can watch this live stream in this story in the video above.

(This story will be updated)

UTAH (ABC4) – America First Credit Union (AFCU) announced that they will now accept Utah and Arizona mobile driver’s licenses (mDLs) as a valid form of identification at all 121 AFCU branch locations as of Wednesday, August 10. More than 930,000 AFCU members in Utah and Arizona will now be able to utilize mDLs to […]
UTAH STATE・23 HOURS AGO
ABC4

A Utah teacher carries a gun in his classroom in the event of a mass shooting. He joined NewsNation's "Rush Hour" to explain his choice.
UTAH STATE・23 HOURS AGO
ABC4

Lawsuit against Utah’s transgender bill to proceed in court

UTAH (ABC4) – A judge has ruled that a lawsuit filed against Utah’s transgender sports bill will proceed through the courts. On Wednesday, a judge said he believes the plaintiffs should have a chance to prove their mental and emotional injury claims over not being able to participate in girl sports. The bill, which was […]
UTAH STATE・18 HOURS AGO

UTAH (ABC4) – After the weekend’s storms, how are Utah’s waterbodies doing? Compared to 2021, Utah’s lakes, excluding Lake Powell and Flaming Gorge, have seen an increase in 3% of reservoir storage. In 2021, on August 8, Utah’s reservoirs were at 48% compared to this year’s 51%. Some of Utah’s biggest waterbodies have seen an […]
UTAH STATE・1 DAY AGO
ABC4

OMAHA (AP) — A Nebraska woman has been charged with helping her teenage daughter end her pregnancy at about 24 weeks after investigators uncovered Facebook messages in which the two discussed using medication to induce an abortion and plans to burn the fetus afterward. The prosecutor handling the case said it’s the first time he […]
NEBRASKA STATE・1 DAY AGO
ABC4

SALT LAKE CITY (ABC4) – Happy Wednesday, Utah – we are halfway to the weekend! After seeing northern heat and southern storms, we’ll see more coverage of wet weather across the Beehive State on Wednesday as moisture surges northward. Instead of storms mainly being in southwestern Utah and northeast Nevada, we’ll see the chance for […]
UTAH STATE・1 DAY AGO

SALT LAKE CITY (ABC4) – In response to the significant impact the pandemic had on the childcare industry, Utah is offering a one-time $2,000 bonus to childcare workers. The deadline to apply for the bonus is Aug. 30. The money will come from the funds the state received through Coronavirus Response and Relief Supplemental Appropriations […]
UTAH STATE・21 HOURS AGO
ABC4

SALT LAKE CITY (ABC4) – Happy Thursday, Utah — we are closing in on the weekend! Monsoon moisture will remain over Utah on Thursday and Friday, leading to additional showers and thunderstorms. The best chance for storms will be in the central half of the state, mainly from south-central Utah northward to the western Uintas and […]
UTAH STATE・4 HOURS AGO
ABC4

SALT LAKE CITY (ABC 4) – Happy Tuesday, Utah. Changes are brewing for the Beehive State Tuesday afternoon as the Monsoon surges into southern Utah once again. Meanwhile, southwest flow over northern Utah will bring high heat to the Wasatch Front. Temperatures are expected to climb into the upper 90’s this afternoon up north with […]
UTAH STATE・1 DAY AGO
ABC4

WEBER COUNTY, Utah (ABC4) – A brand new wildlife management area is officially under the ownership of the Utah Division of Wildlife Resources (DWR). The 8,107-acre property, called Cinnamon Creek WMA, is the newest addition to state-owned lands, providing public access for hunting, fishing and recreating. The land was purchased from the Utah School and […]
UTAH STATE・20 HOURS AGO

UTAH (ABC4) – As the summer days begin to shorten, fall is approaching and Utah’s fairs and days are coming to an end. Before it gets too late, take a look at the upcoming fairs you can take the whole family to. Summit County Fair Already in full swing, the Summit County Fair runs through […]
UTAH STATE・1 HOUR AGO
ABC4

Tips for a safe and successful archery hunt in Utah

UTAH (ABC4) – Summer months are beginning to wind down and throughout the state of Utah, hunters are beginning to prep for archery hunts. Utah’s first big game hunts begin Saturday, Aug. 20 as the archery buck, spike elk and any-bull elk get the fall season underway. The Utah Department of Wildlife Resources (DWR) released […]
UTAH STATE・2 DAYS AGO
ABC4

SALT LAKE CITY (ABC4) – Hey there, Utah! After a calm start to the workweek, we’re in store for some changes on Tuesday. Monsoon moisture will start to move back into southern Utah while the heat increases up north.  A Flood Watch has been issued for SW Utah and will begin at 1 p.m. this […]
UTAH STATE・2 DAYS AGO
ABC4

MARYSVALE, Utah (ABC4) – A Colorado man was declared deceased Saturday after a Utility Task Vehicle (UTV) accident on the Paiute ATV trail in southern Utah. At approximately 12:05 p.m. Saturday afternoon, the Beaver County Sheriff’s Office received a call regarding a UTV accident near Big John Flat in the Tushar Mountains. When Deputies arrived […]
4 DAYS AGO
ABC4

Report finds 13% of Utah children struggled with anxiety, depression in 2020

UTAH (ABC4) – The Annie E. Casey Foundation 2022 Kids Count Data Book was released on Monday and it shows some staggering numbers about mental health and children. According to the report, anxiety and depression increased 26% among children from the ages of 3 to 17 nationwide in 2020. Utah scored high in many areas, […]
UTAH STATE・2 DAYS AGO
ABC4

UTAH COUNTY (ABC4) – A new poll shows the majority of residents in Utah County support the Utah Lake Restoration Project. But some researchers questioned the study’s reliability as communities continue to oppose the development of Utah Lake.   The poll by G1 research, commissioned by the Utah Lake Restoration Project claims 77% of Utah County residents think […]
UTAH COUNTY, UT・2 DAYS AGO