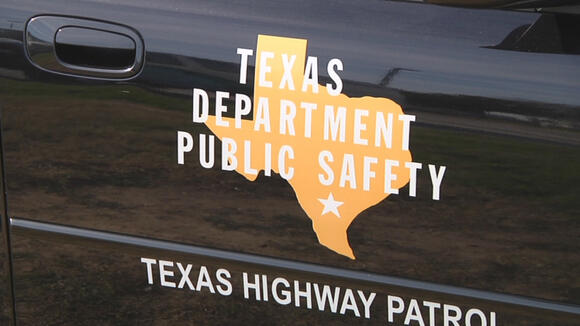 NACOGDOCHES, Texas ( KETK ) — On Tuesday, a jury in Nacogdoches County ruled that three former State Troopers be awarded $500,000 each in a lawsuit that was filed against the Texas Department of Public Safety.

Troopers Rodney Mahan, Joel Barton, Jr. and John Riggins were awarded a total of $1.5 million in damages after a two-year legal battle with Texas DPS over accusations that department was conducting illegal ticket-writing schemes, and subsequently intimidating officers that refused to comply.

On May 26, 2020, a formal complaint was filed against Texas DPS after four State Troopers, Rodney Mahan, John H. Henley, III, Joel Barton, Jr. and John Riggins, who claimed that the sergeant at the Nacogdoches duty station was enforcing an unlawful quota system for arrests and traffic stops.

According to the original case file, the four alleged that Sergeant Robert Shugart had commanded his officers to make “more than a certain number of arrests and traffic stops or be subjected to ridicule and harassment” by the sergeant, which is in direct violation of Texas law. The document further stated that Sgt. Shugart also offered monetary and other prizes to troopers who made the most arrests and traffic stops in a given period, which also contradicts Texas law and DPS policy.

After the four troopers reported their sergeant’s unlawful activity, the document stated that Sgt. Shugart and others within DPS, including senior members of leadership, enacted a “systematic campaign of retaliation and intimidation” in an effort to silence and punish the troopers for speaking out against the illegal quota system.

These retaliation efforts included transferring troopers to “other duty stations away from their families, denied promotion opportunities, violently berated in front of others, denied vacation and forced to work dangerously long hours,” all of which violate policy.

After more than two years, the case finally went to trial on June 21 and lasted through Tuesday, June 28. The jury concluded that Mahan, Barton and Riggins should be awarded $500,000 each in compensatory damages, both past and future, for injury to name, reputation and mental/emotional anguish, among others.

It's not surprising that this happened and it probably occurs in many Law Enforcement Offices all over !! I am glad they won their case !!

what about all the innocent citizens the were arrested and or give tickets they should file a lawsuit against DPS and get all charges and tickets given by the officers under Sgt Sugar dismissed.

Always ends with the taxpayers paying for their crimes and abuses, while none of the corrupt criminal cops are truly held accountable. Betraying the public trust. Violating your oath of office. Targeting those you swore to protect. Instead, paid vacations, able to move to another department and tax payer bailouts, in the form of settlements.

The Uvalde Consolidated Independent School District is getting an added boost in security from the state after a mass shooting at Robb Elementary killed 21 people in late May.
UVALDE, TX・5 HOURS AGO
KAMC KLBK EverythingLubbock.com

EL PASO, Texas (KTSM) – Doña Ana County Sheriff’s detectives are expected to make an announcement Tuesday in a breakthrough using DNA to the 37-year-old cold case of a Jane Doe referred to as ‘Upham Girl,” whose skeletal remains have remained unidentified since 1985.  She was found on March 10, 1985, when three men who […]
TEXAS STATE・2 DAYS AGO

State of Texas: ‘Taking that bullhorn away’ — Alex Jones verdict has larger implications

AUSTIN (Nexstar) — An Austin jury ruled that InfoWars host Alex Jones must pay for falsely saying the 2012 Sandy Hook Elementary School shooting was a hoax. Jones was ordered to pay millions in damages to the parents of a first-grader killed in the mass shooting. The ruling came just days after Jones admitted on […]
TEXAS STATE・3 DAYS AGO
KAMC KLBK EverythingLubbock.com

Texas’ youth prison system urgently needs money to crawl out of its growing crisis, in which children are at times locked in cells 23 hours a day and nearly half of detained youth have been on suicide watch, the agency’s director told lawmakers Tuesday.
TEXAS STATE・1 DAY AGO
KAMC KLBK EverythingLubbock.com

The driver, identified as Nicole Linton, was working in Los Angeles as a traveling nurse out of Texas, when the crash occurred last Thursday, authorities said.
LOS ANGELES, CA・2 DAYS AGO
KAMC KLBK EverythingLubbock.com

A 37-year-old nurse suspected of killing six people and injuring eight others when her speeding Mercedes-Benz plowed into several vehicles in a Los Angeles County intersection last week will be charged with six counts of murder and five counts of gross vehicular manslaughter, officials announced Monday.
LOS ANGELES COUNTY, CA・2 DAYS AGO

Dale Avant, chief of the Texas Department of Public Safety's Intelligence and Counterterrorism Division, revealed those types of threats are under-reported Monday at the Texas Capitol.
TEXAS STATE・2 DAYS AGO
KAMC KLBK EverythingLubbock.com

Gas prices in Texas continue to decline from record highs earlier this summer. A gallon of regular unleaded gas now costs an average of $3.56 across the state, down 15 cents from last Monday.
2 DAYS AGO
KAMC KLBK EverythingLubbock.com

A Utah teacher carries a gun in his classroom in the event of a mass shooting. He joined NewsNation's "Rush Hour" to explain his choice.
UTAH STATE・4 HOURS AGO
KAMC KLBK EverythingLubbock.com

Lauren Rodriguez credits the political climate in Texas and restrictions pursued by the state legislature related to the transgender community for cementing her decision to seek a life outside the U.S.
TEXAS STATE・2 DAYS AGO

Texas is giving migrants these consent forms before busing to NYC, Washington DC

Waivers released from state officials to Nexstar on Wednesday are giving us a better idea of what migrants are agreeing to before getting bused from Texas to the East Coast, as part of Gov. Greg Abbott's initiative to make those cities "deal with the problem."
TEXAS STATE・1 HOUR AGO
KAMC KLBK EverythingLubbock.com

The exceptions for rape and incest are limited to 10 weeks post-fertilization, meaning victims could not get an abortion in Indiana after that. Victims would not be required to sign a notarized affidavit attesting to an attack.
INDIANA STATE・4 DAYS AGO
KAMC KLBK EverythingLubbock.com

The 2023 Farmers' Almanac will be available for purchase in stores starting Aug. 15.
TEXAS STATE・2 DAYS AGO