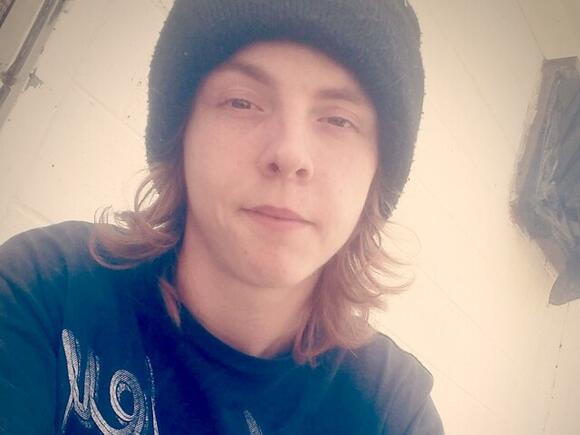 PASQUOTANK COUNTY, N.C. - The Pasquotank County Sheriff's Office is investigating the death of an inmate.

On Friday, June 24, around 10:30 p.m., The Pasquotank County Sheriff’s Office responded to Albemarle District Jail in reference to a call for EMS assistance for an inmate that was not breathing.

The inmate, 24-year-old William Adam Seagle, had been in ADJ since Wednesday, June 22, for Failure to Appear on some traffic offenses.

His mother, Kimberly McNary Seagle spoke to News 3. She said she did see her son last Wednesday, the same day he went to jail.

"He gave me a kiss and a hug, and he told me that he appreciated me and loved me and that was the last time I saw or heard from him," said Seagle.

On Friday, according to a press release, deputies were escorted to B-Block inside of the jail where EMS and Providence Fire Dept. were already on the scene providing life-saving measures to Seagle. The inmate was then taken to Sentara Albemarle Medical Center by EMS where Seagle was pronounced deceased around 11:20 p.m.

According to investigators, officers with ADJ responded to B-Block after observing Seagle lying on the floor at around 10:11 p.m. At 10:12 p.m., with the assistance of other inmates, officers and inmates moved the unconscious inmate from the floor onto a table in the common area of B-Block where officers with ADJ began providing life-saving measures until EMS arrived and took over the role of medical care.

This incident is still under investigation to determine what caused the inmate's passing. The Sheriff's Office wrote in the press release that at the time, no foul play was suspected. Since then, News 3 obtained an incident report that reads "suspicious death investigation."

"Nobody was calling me. Nobody was telling me anything. I’m a basket case," the mother pleaded. "I want my answers. I want to know what really happened."

If you have any information that could aid in this investigation, please contact the Pasquotank County Sheriff’s Office at 252-338-2191.

Police say they are now investigating a shooting on Loxley Road as a homicide after the victim died in the hospital Tuesday morning.
PORTSMOUTH, VA・6 HOURS AGO
WTKR News 3

Police have identified the man that was shot and killed on Broad Street Sunday evening as 19-year-old Jerome Emmanuel Odom from Chesapeake.
CHESAPEAKE, VA・5 HOURS AGO
WTKR News 3

1 dead following car crash on I-664 in Hampton

Authorities say the passenger, who has since been identified as 38-year-old Alvin Lamar Emanuel Banks of Suffolk, died upon impact. He was not wearing a seatbelt, according to police.
HAMPTON, VA・11 HOURS AGO
WTKR News 3

1 dead, another hurt after Sunday shooting in Chesapeake

One man is dead and another was injured after a Sunday evening shooting on Broad Street in Chesapeake.
CHESAPEAKE, VA・1 DAY AGO
WTKR News 3

Woman injured in shooting on Loxley Road in Portsmouth: Police

Fundraiser brings in more than $11,000 for Chesapeake deputy shot in Hampton

A deputy who was injured while in a shootout with a suspect during a traffic stop in Hampton will be getting help from a Chesapeake restaurant's fundraiser.
HAMPTON, VA・21 HOURS AGO
WTKR News 3

Troopers say a single vehicle crash occurred around 1:07 p.m. on I-264 at Greenwood Drive, resulting in the fatality.
PORTSMOUTH, VA・2 HOURS AGO
WTKR News 3

Police have confirmed that the two men killed in a triple shooting on Sunday morning were twins. Portsmouth police identified them as Alvin and Calvin Joyner. They were 51-years-old.
PORTSMOUTH, VA・1 DAY AGO
WTKR News 3

The FBI and Chesapeake police are extending the timeline for victims of the Chesapeake Walmart shooting to fill out a questionnaire to identify their belongings until Tuesday, Feb. 28.
CHESAPEAKE, VA・1 DAY AGO
WTKR News 3

‘I was kicked, spit on’: Retired NNPS administrator recounts culture in schools

A former Newport News school administrator said during her time with the district, there was no support for teachers being assaulted daily.
NEWPORT NEWS, VA・21 HOURS AGO
WTKR News 3

New details are emerging about what led up to a teacher being shot in her classroom in Newport News on Jan. 6.
NEWPORT NEWS, VA・23 HOURS AGO
WTKR News 3

Last month, a group of filed people signed a petition asking a judge to summon a grand jury to investigate Fatehi as a 'public nuisance,' saying he has failed to adequately do his job.
NORFOLK, VA・1 DAY AGO
WTKR News 3

Two people are displaced after the Suffolk Fire Department responded to a call around 1:46 p.m. Sunday in the 100 block of Beechwood Drive.
SUFFOLK, VA・2 DAYS AGO
WTKR News 3

Virginia Beach police say one person was injured in a shooting in the 4500 block of Virginia Beach Boulevard near Town Center on Saturday.
VIRGINIA BEACH, VA・2 DAYS AGO
WTKR News 3

Mass shootings in neighborhoods are more frequent than in public places according to a News 3 Investigates analysis of the data from the Gun Violence Archive.
NORFOLK, VA・1 DAY AGO
WTKR News 3

It's a pain one Hampton Roads mother says no parent should have to experience. Three people including a pregnant woman and her unborn child died in a shooting on Jan. 30 in Hampton.
HAMPTON, VA・3 DAYS AGO
WTKR News 3

Zwerner is the first-grade teacher at Richneck Elementary School who police say was shot by a 6-year-old student in her classroom.
NEWPORT NEWS, VA・1 DAY AGO
WTKR News 3

Police are investigating after a Happy Shopper in the 400 block of Carolina Road was robbed by an armed suspect wearing a clown mask.
SUFFOLK, VA・3 DAYS AGO