Isaac Bruns on South Dakota commitment: 'Everything about it about it kind of lined up' 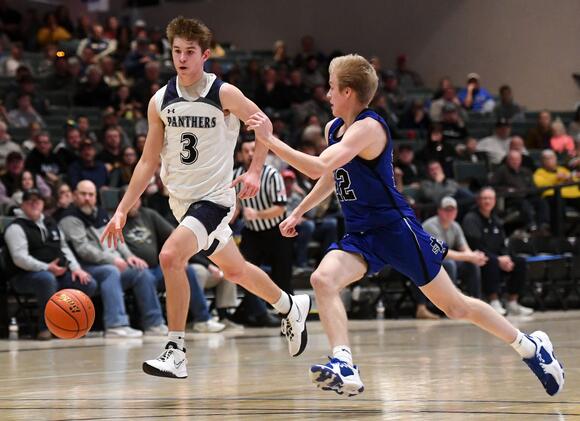 Dakota Valley star guard Isaac Bruns had a pretty good idea about South Dakota already: his brother's going there , he grew up around the team and two sets of coaching staffs had tried to sell the program to him over the last few years.

So, when he went on his official visit Thursday, he was ready.

"Everything about it kind of lined up," Bruns said. "It was close to home and the new coaching staff was awesome and the campus is really nice. ... I was pretty confident that's where I wanted to go."

Bruns, one of the top scorers in South Dakota and an Argus Leader First Five team member who averaged 23.9 points and 8.7 rebounds per game in his junior season, committed to the Coyotes on Friday. He will join his brother Paul, who transferred to USD after winning Summit League Freshman of the Year at North Dakota. 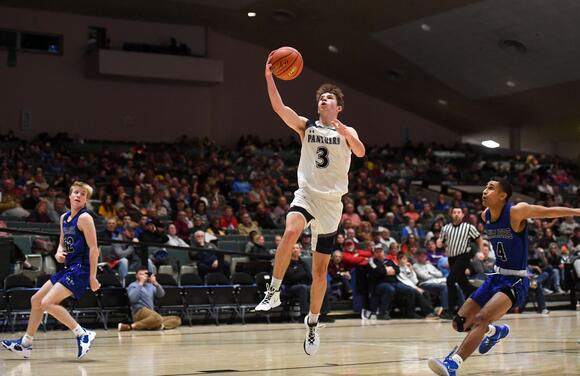 The elder Bruns was the first out-of-program recruit brought in by first-year head coach Eric Peterson, and the younger Bruns is the first addition Peterson has made to the 2023 class. Bruns chose the Coyotes over an offer from North Dakota.

Bruns had heard of the Coyotes' interest as early as his sophomore year. The younger Bruns has a similar profile of his older brother, with long arms and defense to match his strong shooting and scoring abilities. When the new South Dakota regime entered the program this offseason, Bruns said Peterson reached out to him. He wanted to let Bruns know that, even with a new staff, they were still recruiting him.

"That meant a lot to me," Bruns said. "I didn't have to really think think about it and wonder if they still were (interested). He made it pretty clear."

Bruns maintained his relationship with USD assistant Casey Kasperbauer, who was the lone holdover from the previous South Dakota staff, and the two talked frequently on the phone and over text.

Now that he's committed, Bruns is still trying to improve all aspects of his game. He said playing with his brother wasn't the main reason for choosing the Coyotes, but the right-handed Bruns learned a lot about how to score from the left-handed Paul.

South Dakota is loaded with depth at the guard position, with his older brother, last year's breakout star Kruz Perrott-Hunt and one of the Summit League's best players in AJ Plitzuweit, among others. So, ahead of a title defense season in which the Panthers look to repeat an undefeated Class A championship season, Bruns is focused on the weight room to build his defensive and rebounding abilities. And, possibly, add some positional versatility.

"I think the more positions you can play, the better, and the more opportunity you get on the floor," Bruns said. "So, if I just keep getting bigger and keep working on my game, I think playing the one, the two, the three or maybe even the fourth if coach needs that, I think they're all on the table."

This article originally appeared on Sioux Falls Argus Leader: Isaac Bruns on South Dakota commitment: 'Everything about it about it kind of lined up'