Alexi Giannoulias returns as big player in Illinois politics, as he wins Democratic primary for secretary of state 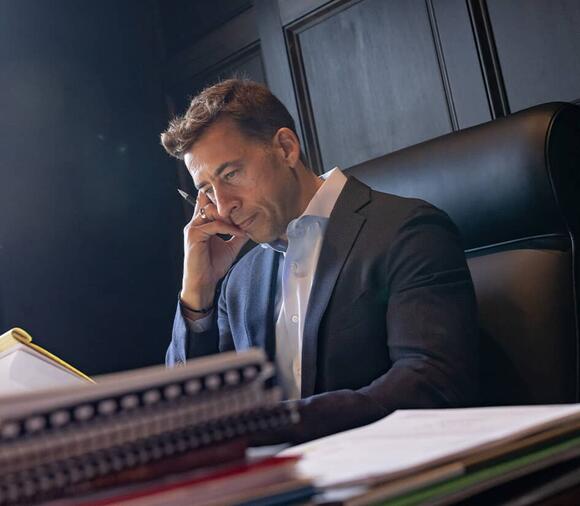 CHICAGO (WBBM NEWSRADIO) - Former Illinois Treasurer Alexi Giannoulias is one step closer to running another statewide office – after winning the democratic primary for secretary of state over Chicago City Clerk Anna Valencia and others.

Alexi Giannoulias thanked supporters who joined him at a Streeterville hotel and those who helped shape him.

After a primary that saw many of the state’s big-name democrats back Valencia, Giannoulias quickly set his sights on the republican nominee State Representative Dan Brady and his proposals.

“(Brady) has already proposed ending the Motor Voter Program, making it harder for those eligible to vote to register. One of his Republican colleagues in the general assembly has introduced legislation to cut back on your ability to cast your vote. Well, I have a simple message for them, ‘not on my watch,’” Giannoulias said.

Giannoulias pledged to bring in ethics reforms and make the secretary of state’s office more efficient with digital licenses and other changes.

“Whether it’s through our Skip the Line Program, chatbots on the business services site, or digital licenses and I.D.s, I will make it easier than ever to interact with and receive services from the Illinois secretary of state,” Giannoulias said.

Giannoulias said Jesse White called to congratulate him and said he would work with the nominee to make sure the office stays in democratic hands in November.

The Republican candidate for governor Darren Bailey has opened up a new avenue in his attacks on Governor Pritzker, questioning his patriotism. “I don’t often see the flag flying in a prominent position, just keep that in mind,” Bailey said.
ILLINOIS STATE・1 HOUR AGO
WBBM News Radio

A news conference by the Republican candidate for Illinois Attorney General ended almost as soon as it began because of a protester Wednesday.
ILLINOIS STATE・3 DAYS AGO
WBBM News Radio

As the election is just weeks away, the big story in Illinois seems to be a law that was passed almost two years ago that still doesn’t take effect for another three months.
ILLINOIS STATE・2 DAYS AGO

Lightfoot set to give budget address, expected to not raise Chicago property taxes

Mayor Lightfoot is set to deliver her budget address at 10 a.m. today at City Council. This comes a few days after she hinted that she was backing off on a plan to raise property taxes.
CHICAGO, IL・2 HOURS AGO
WBBM News Radio

A Lake County Board member says he’ll apologize to the local chapter of the League of Women Voters for what he called his off-color remarks.
LAKE COUNTY, IL・2 DAYS AGO
WBBM News Radio

On second thought, Mayor Lori Lightfoot said no increase in property taxes will be needed next year. Her political opponents are skeptical. The mayor said revenue has exceeded expectations and that no property tax increase will be needed.
CHICAGO, IL・2 DAYS AGO

Chicago mayoral candidate Willie Wilson said he set aside $5.2 million for gas and grocery giveaways. He said this is something he’s been doing for decades, not just when he’s running for office, as he has a handful of times.
CHICAGO, IL・2 DAYS AGO
WBBM News Radio

The Chicago Teachers Union and United Working Families are so determined to defeat Mayor Lori Lightfoot, they’re endorsing a mayoral candidate who has not yet entered the race.
CHICAGO, IL・3 DAYS AGO
WBBM News Radio

Illinois home buyers can get $6,000 through new state initiative

A state program is helping some people in Illinois overcome challenges in buying homes. The Opening Doors program is aimed at low and moderate income home buyers and is especially focused on people of color.
ILLINOIS STATE・21 HOURS AGO
WBBM News Radio

People in much of the Chicago region can now cast votes for the November election. Early voting in person and voting by mail is underway in most area counties including DuPage, Lake, McHenry, Kane, Will and Kankakee.
COOK COUNTY, IL・3 DAYS AGO

Controversial school project narrowly approved by Chicago Board of Education

Members of the Chicago Board of Education have narrowly approved a series of measures designed to clear the way for a controversial new high school on the Near South Side.
CHICAGO, IL・4 DAYS AGO

On Wednesday, Communities in Schools of Chicago will host a school resource fair for Chicago Public Schools students at Malcolm X College on the Near West Side. The nonprofit is one of several organizations helping CPS provide services this year.
CHICAGO, IL・17 HOURS AGO
WBBM News Radio

Number of migrants being bussed to Chicago continues to grow

The number of migrants being bused to Chicago from Texas continues to grow. As of Tuesday….1,452 migrants had been bused by Texas Gov. Greg Abbott to Chicago.
CHICAGO, IL・4 DAYS AGO
WBBM News Radio

Chicago Inspector General Deborah Witzburg’s report indicates the problem is that the city has shortcomings in how data is collected about those cases, what watches do the allegations happen and which units are involved, for instance.
CHICAGO, IL・2 DAYS AGO
WBBM News Radio

Mayoral candidate Willie Wilson is critical of Mayor Lightfoot regarding the plans for a new high school on a former public housing site on the Near South Side.
CHICAGO, IL・3 DAYS AGO