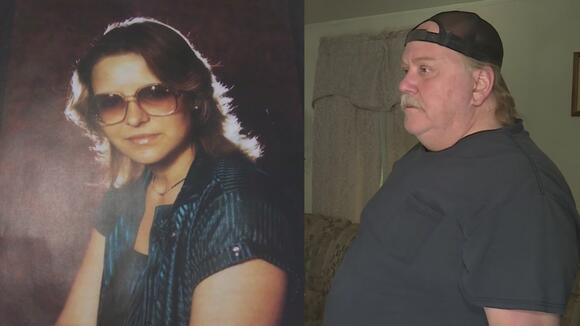 FESTUS, Mo. — A Festus man was unable to cash refund checks from the State of Missouri who sent the checks to his deceased wife.

Tom Kaufmann said his wife had received about 30 refund checks from the State. He wasn’t able to cash the check that was refunded from medical premiums paid so he reached out to FOX 2.

The State sent the checks after his wife Carrie passed away on March 15. He had told the state of her death. The State even wrote back acknowledging that she was deceased.

Despite that, Missouri HealthNet sent her checks totaling about $4,000 in his wife’s name only. He couldn’t cash them even though they both paid the premiums.

Now, Missouri has finally sent a check for the total in his name. He told FOX 2’s Elliott Davis that he feels some relief.

“The latest is, Elliott, after we did the original You Paid For It , the checks that were made out to my deceased wife from Missouri HealthNet Medicaid,” said Tom. “You got involved and you see the results, I gave you a copy of the check and it’s been resolved.”

Tom said he knows just what to spend the money on.

“Well first of all, like I told you in our first interview, that’s giving me the money to have her interred with a funeral home and a stone someplace I can go and spend time, private personal time with my wife.”

Thank you Lord for enabling this young man to get things worked out. Lord your so awesome and please everyone please continue praying for him and our country.

Sorry for your loss, so glad that you were able to get it all worked out. And God is good. Take care and God bless you.

I don't know why he couldn't cash them my wife cash's my checks all the time and I never signed any of them .he should have just signed her name and put it in his bank that's what my wife does .

SPRINGFIELD, Mo. – A Missouri company will pay more than $1 million to the federal government under the terms of a non-prosecution agreement announced Thursday. Pro1 IAQ, Inc., a corporation with operations in Springfield, Missouri, and Boulder, Colorado, designs and sells indoor thermostats nationwide. Based on the non-prosecution agreement signed Thursday, representatives of Pro1 admitted that former executive officers engaged in a conspiracy to embezzle funds from Preferred Family Healthcare, Inc., a Springfield-based nonprofit corporation, from 2008 to November 2017.
SPRINGFIELD, MO・21 HOURS AGO
FOX2Now

ST. CHARLES — Police pulled over a car on I-70 for tinted windows. During the conversation, police discovered that the car had a fake license plate. The driver of the white 2014 BMW, William Brown, said he was unaware of the tint law. Police pulled over Brown on May...
SAINT CHARLES, MO・22 HOURS AGO
FOX2Now

ST. LOUIS – Officials have activated a new area code in St. Louis City and St. Louis County. Earlier this year, the North American Numbering Plan Administrator (NANPA) announced the 314 area code would be exhausted by the third quarter of 2022, prompting the creation of an overlay plan with a new 557 area code.
SAINT LOUIS, MO・21 HOURS AGO
FOX2Now

ALGONQUIN, Ill. – The Missouri State Highway Patrol has issued an Endangered SILVER Advisory for a missing Illinois man possibly heading to the St. Louis area. Joseph Nies, 83, was last seen around 9 a.m. Thursday at a home in in the 4300 block of Whitehall Lane in Algonquin, Illinois.
ALGONQUIN, IL・22 HOURS AGO

St. Charles officials are getting damage estimates in the area caused by the July 26-28 flash flooding.
SAINT CHARLES COUNTY, MO・12 HOURS AGO
FOX 2

The search for Amanda Jones and her unborn baby has now lasted for 17 years as of Sunday, August 14.
HILLSBORO, MO・12 HOURS AGO
FOX2Now

IRON COUNTY, Mo. – Two people have died and two others are hurt after a head-on crash Thursday evening in rural Missouri. The Missouri Highway Patrol reports that Keith Johns, 65, of Salem, Missouri, and Daniel Martin, unknown age, of Viburnum, Missouri, died in the crash. Next of kin has been notified. The crash happened just before 8 p.m. Thursday on Missouri Route 32, nearly eight miles east of Bixby.
SALEM, MO・19 HOURS AGO

Thousands of kids are getting ready to head back to class and school safety is on the minds of many. This is especially true after the tragedy in Uvalde, Texas where 19 students and two teachers were murdered in a school shooting.
SAINT LOUIS, MO・23 HOURS AGO
FOX 2

Video: No one notices drowning child at a St. Louis summer camp

No one noticed at summer camp when a 6-year-old swimmer was struggling for air and sank to the bottom of a pool. The heartbreaking video was reviewed Thursday by FOX Files investigator Chris Hayes, who is searching for answers to prevent the next tragedy.
SAINT LOUIS COUNTY, MO・1 DAY AGO
FOX 2

The Madison County State's Attorney's Office charged a 30-year-old in connection with a fatal beating in Granite City.
GRANITE CITY, IL・1 DAY AGO

When is the first day of school for St. Louis-area districts?

Time is winding down before thousands of students and teachers around the St. Louis area officially return back to the classrooms.
SAINT LOUIS, MO・1 DAY AGO
FOX 2

An organization that helps the families of fallen first responders held a golf tournament Friday in Waterloo, Illinois.
WATERLOO, IL・16 HOURS AGO
FOX 2

ST. LOUIS – Planned Parenthood of the St. Louis Region and Southwest Missouri has launched a new abortion rights campaign known as Brands Against Bans. The campaign intends to support access to health care and reduce the social stigma of abortion. Twelve organizations, including several around the St. Louis area, have already partnered with the Brands Against Bands campaign.
SAINT LOUIS, MO・20 HOURS AGO
FOX 2

A St. Louis County man will spend the next year of his life in federal prison for breaking into seven Missouri beauty stores over a two-month period in late 2020 and early 2021.
SAINT LOUIS COUNTY, MO・2 DAYS AGO
FOX 2

Airlines have suffered many setbacks this summer with canceled or delayed flights -- leaving passengers frustrated and angry.
SAINT LOUIS, MO・1 DAY AGO
FOX 2